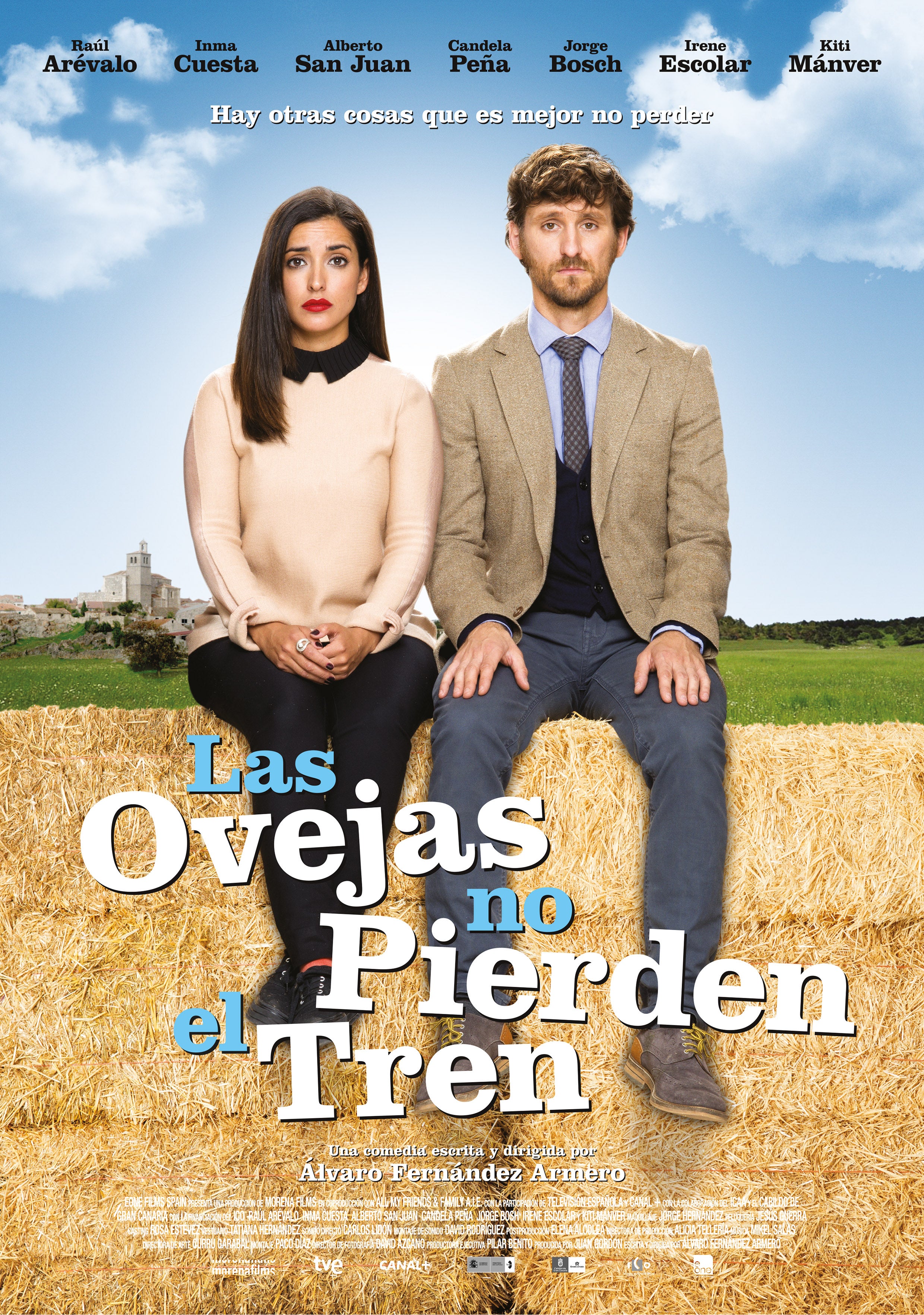 Married couple Luisa (Inma Cuesta) and Alberto (Raúl Arévalo) have moved to Valdeprados, a village with snow and sheep, because living in the city is no longer affordable.

Luisa drives to Madrid each day, to hold a dressmaking class. Alberto is a writer; the success of his first book is but a dim memory. He is experiencing a writer’s block and is unable to conjure new ideas for a next novel. He abhors the winter-coldness of the village.

Juan (Alberto San Juan), brother to Alberto, is a journalist who is separated from his wife. He indulges in a lively relationship with Natalia (Irene Escolar), a girl twenty years his junior.

Sara (Candela Peña), sister to Luisa, is a businesswoman with her own café. She drifts from one relationship to the next, never ever receiving a proposal of marriage. When Paco (Jorge Bosch), a broadcast journalist, comes along, she literally jumps on him.

The film is a comedy of manners. It mocks the bourgeois lifestyle culture that idolizes high-brow art and the literati but fails to resolve relational problems and familial tensions.

Alberto’s indolent days halt when he is practically strong-armed by his neighbor Manolo (Pepo Oliva) into herding sheep and driving a tractor. Alberto then discovers a calm satisfaction in doing such manual labor. At first he keeps this a secret from his wife and her family, because he is, well, a writer.

The film critiques the ideology of romance. Is there such a thing in this age? The characters’ hyperbolic expressions of desires are mistaken for words of love. The swiftness of a sexual coupling supplants the slow development of a true affection. And does one have to get to know her date? She can Google him to secure his profile.

The film interrogates the naturalness of marriage that has been depicted in past romantic comedies. Fernández Armero’s pairs bicker a lot and separate.

The film’s self-referential underpinning is also manifested in its caricature of Sara as a bimbo. She is said to have the making of a “good wife” —glamorously dressed, successful in business, a terrific cook, and even possesses “the biggest tits in Europe.”

But her “romantic” efforts aren’t rewarded.

Juan, entranced by the youthful vibrancy of Natalia, uses their affair as a “thing” to fill in the emptiness of his life. In a hilarious sequence, Juan and Natalia are driving in a car, talking about themselves and flirting with gusto, while a man, at the backseat as in a carpool, is privy to their every intimation and banter.

Ironically, the characters are portrayed to live a life of quiet desperation and unfulfilled yearnings. They encounter difficult choices, refuse to compromise, and cannot hold on to a relationship. These individual plights suggest a society in crisis, in the post-Francoist era of liberalism and during the time of Euro-depression.

In response to the mess they have made of their life, one character ponders, “Have we missed the train?” The film’s title in Spanish is literally translated, “The Sheep Don’t Miss the Train.”

In contrast, Manolo’s sheep lead a serene existence, moving to where the shepherd guides them. This signifies a smaller path in life, but one that exacts lesser pressures. The film’s finale suggests the possibility of the characters moving forward, to a future of hope: a new child, a change of work, a moment of self-reflection, and the security of family ties.

“Las ovejas” will be screened at Pelíkula Spanish Film Festival, ongoing till Oct. 16 at Greenbelt, Makati, and on Oct. 19-23 at FDCP Cinematheque, Manila. Visit manila.cervantes.es; www.facebook.com/InstitutoCervantesManila.