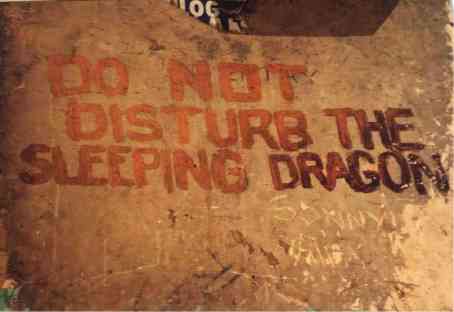 Writings on the wall

Rock Ed Philippines founder Gang Badoy-Capati has been an alternative learning teacher at the Maximum Security Prison in Muntinlupa since 2007.

Back then, she and four friends were looking for stories to tell about Philippine jails.

“Filmmaker Kidlat de Guia and I focused on the staggering need for public attorneys, the late comedian Tado Jimenez featured the power structure of gangs called pangkats. Broadcast journalist and award-winning writer Lourd de Veyra made his documentary on prison food, and internationally acclaimed filmmaker Pepe Diokno, who was then only 17, turned his lenses on prison activities—especially the YouTube phenomenon dancing inmates of Cebu.”

Today, with her exhibit “Due Process: Photos of Graffiti Inside Philippine Prisons,” which will run at the BenCab Museum in Baguio until November 12, she has another story to tell.

“Many write their loved ones’ names on the wall beside their beds because they don’t have family pictures. Others paint, scribble, draw or peel off layers of paint to make their mark.”

She captured the graffiti with the lens of her old mobile phone in 2007. “These photos are few and mostly out of focus… Mobile phones are naturally not allowed inside, but some institutions we visited were not as strict, so I had chances to slip in my phone and take photos of their walls. I had to take the photos sneakily, I just kept snapping and ended up sifting through them after the visit was done.”

For Gang, these are more than just hasty scrawls, and are not just acts of vandalism: “This is their literary work. This is their voice. In the stillness of total darkness, night after night after night, they scratch and scrape and if they’re lucky, they draw. So they have something to look at during the day. After day, after day, after day. Everything is a process. Everything should have due process.”

She hopes the exhibit will make people think. “Think of your own freedom. And think of what would be written on your wall if you weren’t so busy being free,” she said.

“Due Process” will run at the BenCab Museum in Baguio until Nov. 12. There will be a forum on Philippine Prison volunteer work on Nov. 5, 2 p.m. BenCab Museum is open from Tuesdays to Sundays.