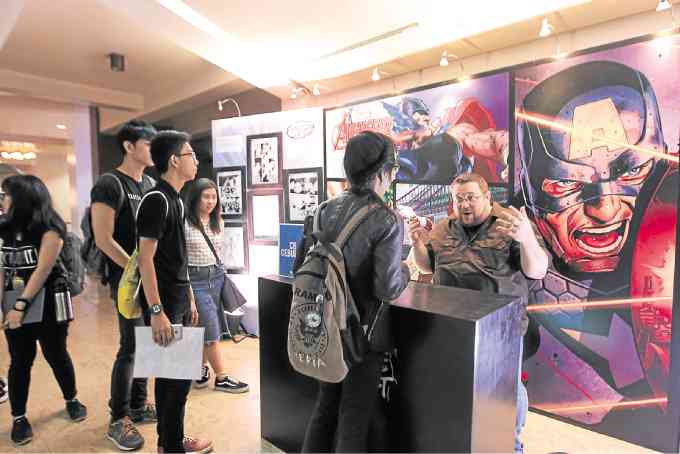 Marvel has changed the way we watch movies.

Since “Iron Man” in 2008, fans learned to stay after the final credits to get a preview of the next Marvel movie. They became more observant of crossovers and character cameos (it wasn’t just Stan Lee we had to look out for).

Eventually moviegoers understood that a superhero is not made by just one studio, but is part of a bigger cinematic reality.

This is how it works: The characters, as solo stars, have their respective individual backstories and conflicts. Their creators and writers find ways to weave together all story elements to form a larger narrative, like what happens in the Marvel Cinematic Universe (MCU).

In the past eight years, Marvel has released 14 movies that are part of the MCU, and is now entering “Phase 3” of its superhero franchise.

“We’re being secretive about Phase 3 for a reason,” said CB Cebulski, Marvel vice president for brand management. “All will be revealed when ‘Doctor Strange’ comes out.”

“Doctor Strange,” which stars Benedict Cumberbatch, premieres Oct. 26 in Philippine cinemas and is said to have the signature “Marvel humanity, that Marvel heart, that Marvel origin story that’s gonna take the character down a path that really sets him as a larger part of the MCU and a larger piece of the phases going forward.”

Recently, Marvel confirmed the appearance of both Vision and Doctor Strange in the upcoming “Avengers: Infinity War.”

“There’s a magic at work at Marvel and (producer) Kevin Feige just has it. He knows what to do and he knows how to piece it together,” Cebulski said.

With eight films coming out in the next three years, Cebulski noted that he’s most excited about “Captain Marvel” and “Black Panther” in Phase 3, which starts in less than a month from now.

Marvel prides itself with a history of great casting, in which most of its stars started from obscurity to fame.

But the choice of Brie Larson—an Academy Award winner (“Room”)—to play Captain Marvel, the first female superhero to lead a Marvel movie, was undoubtedly a big step for the film studio.

“Kevin, again, can do two things—he can see talent before there is talent. Whether it’s Tom Hiddleston as Loki, Sebastian Stan as the Winter Soldier and Chris Hemsworth as Thor—he sees them and he knows they can inhabit those roles and make them superstars,” Cebulski said.

“I’ve always loved Black Panther as a character and I think that Boseman appearing in his solo movie is gonna be phenomenal,” Cebulski pointed out.

“Inhumans” is said to be scheduled in the latter part of Phase 3, and is currently being heavily explored in the “Agents of S.H.I.E.L.D.” (AOS) series which premiered its fourth season on Sept. 20.

Cebulski, however, added that unlike AOS, the Netflix series has a universe of its own. So, for fans wishing for crossovers of Jessica Jones and Matt Murdock on the big screen, you might have to wait a little bit longer.

Although the series is said to be in the same reality, bringing up the New York invasion and New Mexico incidents in some of its dialogues, there are no plans at present to directly tie the shows to MCU.

The Netflix universe uses the same Marvel formula, where each series builds on the previous one and connects it to a larger picture. On Marvel’s series game plan are “Luke Cage,” “Iron Fist,” “Punisher” Season 2, all setting the scene for “The Defenders.”

Marvel is currently working on dozens of TV and film productions, but these are not enough to cover its collection of over 8,000 comic-book characters. If your favorite hero or villain seems to be taking too long to make its onscreen appearance, Cebulski assured us, “They’re gonna come around. There are peaks and valleys for each character, but we never forget that they’re all part of this huge tapestry that we’re telling stories about.”