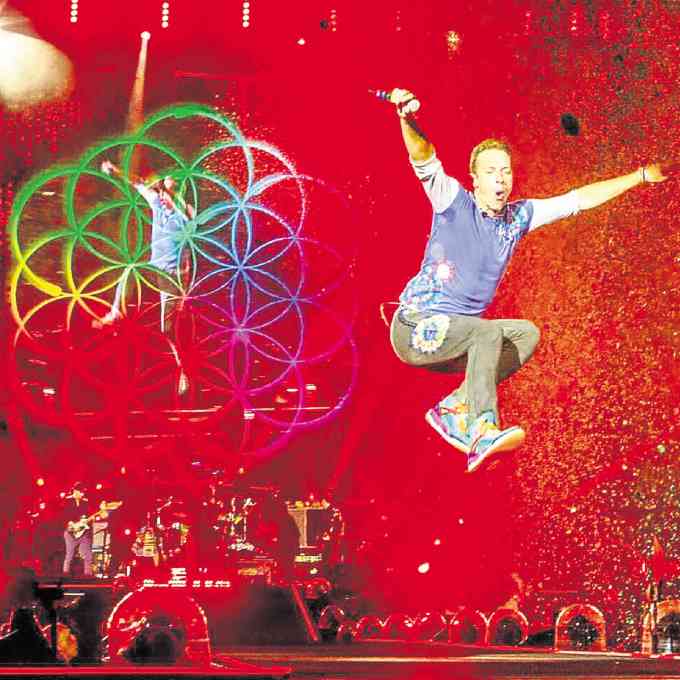 Is Coldplay really performing in Manila?

On Aug. 21, Inquirer Lifestyle caught the first of Coldplay’s two-night concerts at the Rose Bowl stadium in Pasadena, Los Angeles. It was our first time to see more than 50,000 people having fun at a rock show.

That concert was broadcast on live streaming in the Philippines through the sponsorship of telecom network Globe and concert promoter MMI (Music Management International).

Coldplay frontman Chris Martin even took a moment early in the show to greet the Philippines.

“Thousands of Filipino fans expressed their enthusiasm by tweeting the event, making it a top trending topic online.

“The only question now is: when is the band coming to Manila? A source told the Inquirer to expect an announcement soon.”

Last April we reported that the SM Mall of Asia (MOA) Arena had been booked for Coldplay to perform in November, but apparently it won’t push through for still unknown reasons.

At press time, only one Asian date has been posted: Nov. 19, Mumbai.

So, is Coldplay’s Manila concert still on? We asked MMI, the official partner of international promoter Live Nation for its Philippine productions, but its representatives had no comment—as yet.

We took it to mean: Wait for further announcements.

The intensity of the performance shot up even further when Leobrera called another ace guitarist, Kettle Mata, to jam onstage.

The result was one of the most uplifting musical moments we’ve had in recent years, especially in an extended cover of John Mayer’s “Gravity.”

That night, the morphing of the blues into hard rock, aka heavy metal, sounded so crystallized, it felt like a spiritual experience.

The three-night series— which kicked off yesterday, Oct. 15, at Draft Gastropub Greenbelt 2—moves to Alabang on Oct. 22 and to The Fort Strip on Oct. 29. The party starts at 7 p.m.