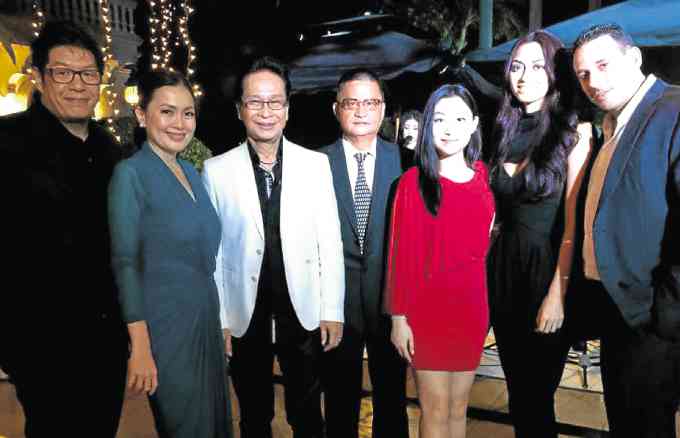 Your mantra for the week: “Error is the result of fear; love is the healer.”

I have been asked what are the most important life lessons to be learned. There are five disciplines I have to bring to light to establish IAMism—a course on Happiness.

1) Knowing that making a living is not the same as making a life. There are many unhappy people  because they simply want a well-paying job which they believe will bring them happiness. I have discovered that doing what makes one happy attracts money as a result, and not vice versa.

2) Realize that if you seek happiness, it will elude you. But if you focus on your work and doing the very best you can, provide well for your family, and praise and encourage others, happiness will find you.

3) Wherever you are in your life now, know that you still have a lot to learn.

4) Accept that your soul has chosen your blood family and they are reflections of you, for better or worse.

5) Recognize that the best preacher is the heart, the best teacher is time, the best book is the world and its people, and our best friend is God.

These five disciplines may not guarantee happiness, but they will, at the very least, create an exciting life and make every day an adventure and an unfolding of one’s limitlessness.

Agot Isidro may be getting a lot of flak for calling President Rodrigo Duterte a psychopath, but she’s also earning a lot of media mileage—so much so that Cherry Pie Picache and many others have thrown their support behind her.

In my book, DU30 is no psychopath president, but one who has chosen a path that is driving the likes of Agot and Cherry Pie psycho, which is understandable because this is the first time a president in the country has ever declared a “war” on drugs with such determination and impunity. Also, his manner of speech is truly unusual for a president, which many are struggling to accept.

Agot et al. are concerned about the possibility of  Filipinos losing their jobs if the Philippines cuts its ties to America. This, of course, is a legitimate concern, but to call the president “a psychopath” for this reason is another story. Duterte’s bashers should be giving the new President the benefit of the doubt instead of firing at him.

If they are so unhappy about Duterte’s presidency, they should consider migrating to another country, because name-calling has never resolved anything.

The president is right in his belief that when the drug menace, criminality and corruption have been reduced to a minimum, we would attract bountiful investments.

Saving the best for last

Among all the birthday parties given in honor of the affable Chief Presidential Legal Counsel Sal Panelo (the most recent one and “the last,” says Sal himself) was that thrown by construction magnate Philip Cruz and his always glamorous wife Ching in their white mansion in Dasmariñas Village.

The guest of honor was, naturally, President Duterte, who arrived a little after 8 p.m. The busy Rody made time to attend this party for Sal, whom he considers more than just a member of his political family.

I was happy to meet a few of Duterte’s Cabinet, like Interior  Secretary Ismael Sueno, who said, “I am here during weekdays and I travel around the country on weekends.”

He is probably the busiest and most traveled Cabinet member, with the Philippine National Police and local government officials under his responsibility. Sueno is former chair of PDP-

Laban, and served as governor of South Cotabato under President Cory Aquino.

Executive Secretary Salvador Medialdea was seated beside former Comelec chair Ben Abalos in the living room before dinner, in what looked like a serious conversation. Medialdea’s post is the most sought-after and least enviable because of its enormous duties. Imagine being given the mandate to  assist the President in the day-to-day operations of government.

My hats off and commiseration to the “Little President.”

James Gaisano of the Gaisano Group of Companies was exchanging business views with economic consultant Ramon Jacinto, who later talked to the chair of China Trend Investments Limited, William Chan Wai Keung, in town with  daughter Queenie and his partner Scott Weissman. They are looking to invest $50 billion in various enterprises in the country.

Scott was with his beauteous date, Fil-Italian Ambra Gutierrez, a potential international beauty queen, who exchanged pleasantries with the charming couple of Herbalife, Michelle and Hayden Sison. Hayden said, “I became a Sison only in 1976. I was originally a Sy.”

The business of happiness

Mr. Keung asked what business I was in, so I informed him that I’m an author lecturing on IAMism, a course on Happiness. He smiled and said, “May I be your student?”

If that does not prove that money cannot buy you happiness, nothing will.

Also present were consul Agnes Huibonhua; Sal’s close friend, hotelier Tina Cuevas; Bong Go, now called the “presidential gate” because no one goes to the President without his Go signal; and business magnate and Phoenix Petroleum president Dennis Uy, who was reportedly one of the top donors to the Duterte campaign and is now presidential adviser for sports.

The highlight of my evening was, of course, meeting the man whom I predicted, as early as December 2015, would become  president.

My good friend, Frannie Jacinto, came around to confirm this fact. I introduced myself to the President as a cousin of

Gibo Teodoro on my mother’s side, and Joma Sison on my father’s side, and that I also campaigned for Ro-Ro—a Rodrigo-Robredo tandem. He smiled and said, “Punta ka sa Malacañang at mag-uusap tayo.”

Before that, I had a most refreshing tête-à-tête with Honeylet Avanceña, who is so personable and unassuming but also speaks her mind. That led me to ask what her birth sign was, and it was just as I suspected —she is an Aquarian, truly feminine but also surprisingly strong.

She is one of those you meet for the first time who can make you feel like you have been friends for a long time. There are such people we meet in our lifetime, as there are also those we have known for a long time but never really get to know.

The President made a statement by staying for three hours, thus making the evening truly memorable for the hosts, Philip and Ching Cruz and, most of all, for the man of the hour, Sal Panelo.