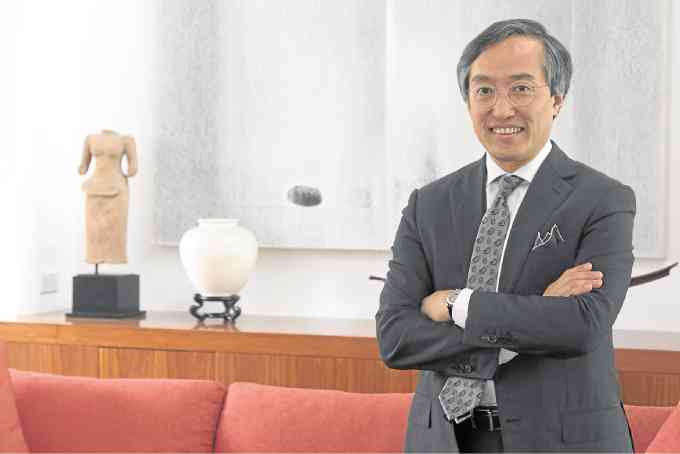 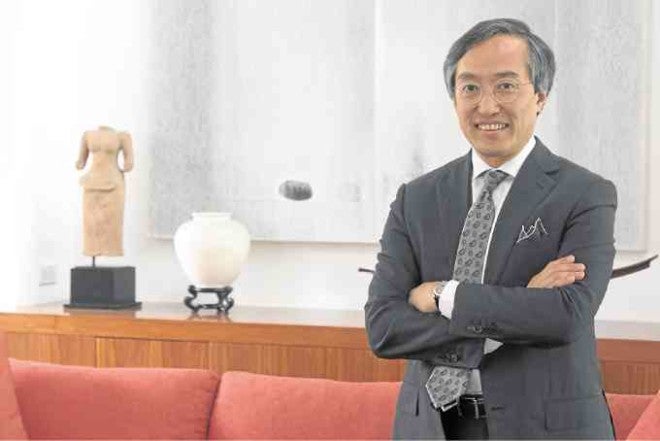 In many ways, Singaporean Ching Wei Hong’s family life mirrors those of countless Filipino families. His daughter Marianne and son Christian, now teenagers, were toddlers when they were looked after by two Indonesian nannies, while Ching and his wife Irene traveled frequently for work.

Though grateful for the assistance, the couple seriously reconsidered their priorities when they noticed their children speaking better Bahasa Indonesia than English!

Like most Filipinos, Ching also maintained a multigeneration household; at one point, his father lived with him (he passed away at age 100).

“In his 90s, he would sneak out of the house to take the bus,” recalls a bemused Ching, adding that he had to instruct the help to make sure there was a taxi waiting for his dad each time.

“But he refused to ride it because he said it was too expensive.”

If Ching puts a premium on his relationships with his closest kin, it isn’t just because he’s trying to set a good example as council chair of Families for Life, (FFL), an organization in Singapore originally founded as the National Family Council in May 2006 to promote strong family ties.

“Families form the foundation and fabric of society,” explains Ching, who was in town recently. “In Singapore, it’s believed that strong families build a sustainable country.”

For years, FFL contributed to family unity by hosting major events such as a marriage convention, parenting congress, and grand family celebration.

But recent efforts have seen the group organize intimate gatherings more frequently, if only to drive home the message of making family a priority.

Besides monthly picnics set up in Singapore’s many parks, and a website and blog with doable ways to build a solid home life, lunch time talks given in various Singapore corporations are part of the FFL campaign called “Family 365.”

Guest speakers cover a range of topics—from dealing with problem teenagers to keeping the spark in marriage alive.

Office employees are the natural target audience of these one-hour talks. In a survey conducted by FFL in the first half of this year, 50 percent of the 700 respondents said “long working hours” prevented them from spending more time with their families.

Thankfully, there’s a great chance these workaholics will take steps to change their habits. Asked to enumerate their life’s priorities, the respondents put family at the top of their lists, at 92 percent; health came in second at 80 percent; and financial stability third at 78 percent.

As chief operating officer of OCBC Bank, and chair of Bank of Singapore, among other top-tier designations in his country’s thriving finance industry, Ching himself gives in to the lengthy hours that come with his job.

But he also knows how to draw the line, making sure work remains in the office, and that Saturday and Sunday night dinners with his wife and two kids are a sacred family affair.

“Cell phones, gadgets and weapons should be checked at the door,” quips Ching.

Acknowledging how the parenting style that raised his generation no longer applies to today’s more independent, liberated youth, Ching says he and his wife bring up their son and daughter by “adapting to the ways of the modern teenager. It’s not perfect but I think we’re doing okay,” he reckons.

Meanwhile, Ching readily attributes the success of his 28 years of marriage to his wife. “She’s everything to me,” he admits unabashedly, amid swoons from those around him. “All the values and virtues I wish I had are in her.”

Indeed, when his father’s health took a nosedive, it was Irene who stepped in as primary caregiver, nursing him and feeding him even as she maintained a full-time job.

Things will be different for the banker when he and his wife reach old age; the couple are actually considering putting themselves in a retirement home some day. “The world is so global now that if I tried to look into the future, our children might not even be in Singapore when the time comes,” reflects Ching.

Perhaps. But after being brought up by parents who cared for their parents, Marianne and Chistian are bound to put family first. —CONTRIBUTED