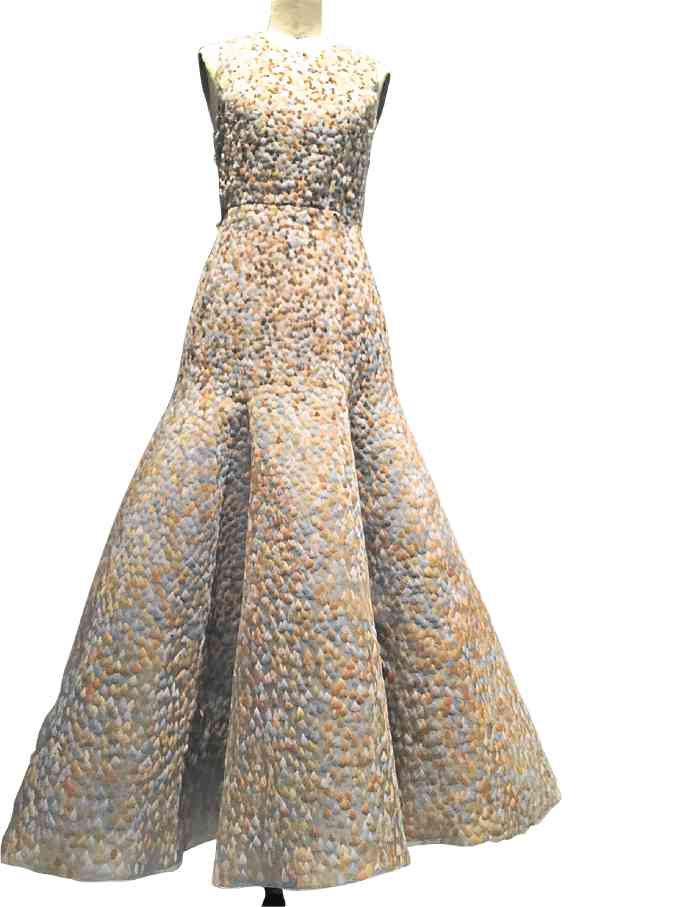 House of Dior by Raf Simons

Fashion haute couture means that everything done to complete the garment is by hand. Nothing by machine. But it’s not only the process by which it is made that classifies the garment as haute couture—it is also the highest quality fabric used, the ingenuity, design and creativity.

The brilliant MET 2016 exhibit yet again showcases how man’s mind allows him to create haute couture pieces, aided by machines, and yet able to remain haute couture.

Is fashion considered art so that it belongs to a permanent wing of the Costume Institute in the world famous Metropolitan Museum of New York?

That the exhibit elicits awe, wonder, transformation and admiration proves that it is art.

Andrew Bolton, the curator of the Costume Institute for the MET, came up with this year’s theme, “Manus x Machina – Fashion in an Age of Technology.” (The exhibit run ended Sept. 5.)

The Costume Institute continues to drive hundreds of thousands of visitors to line up and walk through the exhibit. And always, one leaves the exhibit with a feeling of gratitude and admiration for the creative genius behind the fashion brands.

The viewer is left in awe at each detail of embellishment that is artfully placed. Is it simply a conversation piece or does the garment of beauty deserve to be admired for its intricacies, impact, or just the fact that it’s beautiful, if not breathtaking? Can one’s outfit actually make or break one’s style?

Is it in fact the power of elegance and style that determines if one truly emits class? Fashion worn as an art piece exudes class and elegance, and transforms one to feel extraordinary.

The exhibit is categorized into embroidery, feather work, pleating, tailoring and dressmaking. In each category, viewers witness the explosive brilliance of haute couture as it is enhanced by machine.

MET’s annual exhibit is one reason NYC, with its endless offerings, distinguishes itself culturally from any other city in the world.

Voila! The interplay between hand and machine.
—CONTRIBUTED

Karl Lagerfeld for Chanel— Note the baroque pattern, first done by hand then enhanced by the computer, over which hand-painted gold pigment is applied along with machine-installed rhinestones, finished with hand-embroidered pearls and gems.

Made from scuba knit, Maison Desires hand-embroidered the buttons with gold, glass, crystal.

Atelier Lunas used a heat press to transfer the rhinestones, and Atelier Anne Gelbard painted the gold metallic pigment by hand. The pearls and gemstones were hand-embroidered by Cecile Henri Atelier.