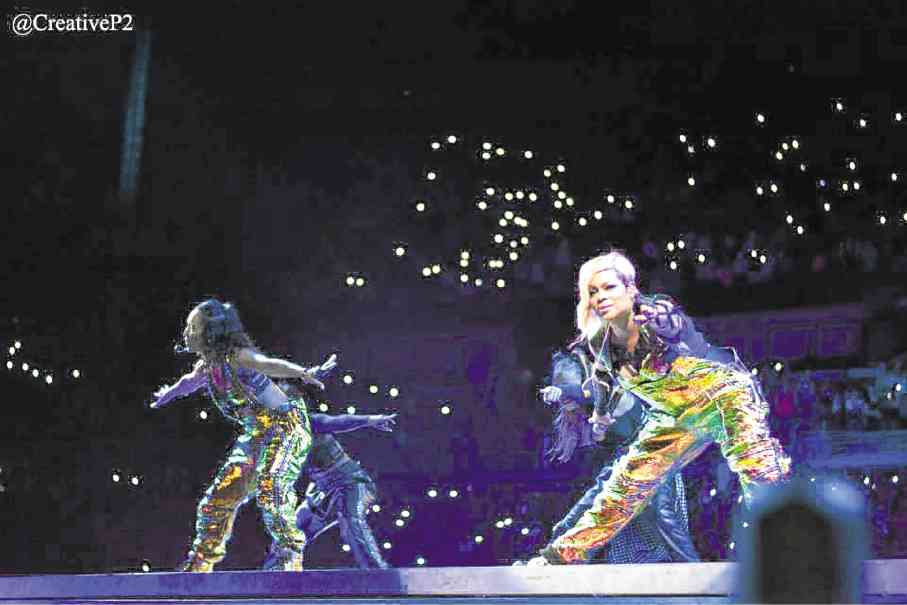 A cozy setup awaits fans who will watch the back-to-back concert of popular American R   & B girl groups TLC and SWV on Nov. 6 at Smart Araneta Coliseum.

This means certain sections of the venue will be blocked off, allowing the audience to have a better view of the stage and thus enjoy the show more.

TLC, originally composed of Tionne “T-Boz” Watkins, Lisa “Left Eye” Lopes and Rozonda “Chilli” Thomas, was formed in Atlanta, Georgia, in 1991. Four of its singles went to No. 1 on the Billboard charts, namely “Creep,” “Waterfalls,” “No Scrubs” and “Unpretty.”

It has also recorded four multiplatinum albums including 1994’s “CrazySexyCool.”

Following the death of Lopes in 2002, Watkins and Thomas carried on as a duo.

Four of its singles—“Weak,” “Right Here/Human Nature,” “I’m So Into You” and “You’re the One”—became hits.

“Right Here,” which sampled Michael Jackson’s “Human Nature,” went to No. 1 and No. 2 on the Billboard R & B and Hot 100 singles charts, respectively.

We had a great time last week at Draft Gastropub in Greenbelt 2 during the launch of the “Paulaner Oktoberfest Bier”—which recreated, in an intimate way, the renowned beer festival in Munich, Germany.

Paulaner, a German brewery established in 1634, is one of six breweries that provide beer for the annual Oktoberfest, which was first held in 1810 in Munich.

At Draft Gastropub we were served pints of Paulaner lager, as well as classic German bites like bratwursts, sausages, among other food.

But we missed the live musical performances and games.

No matter. After the celebration continued in Draft Alabang last night, Oct. 22, it moves to Draft at The Fort Strip on Oct. 29. The party starts at 7 p.m.

Besides beers and eats, you may participate in fun games like arm wrestling, beer pong and beer drinking. Participation is free of charge and prizes will be given away to winners.

Before toasting your beer glasses, do it the German way by saying “Prost!”