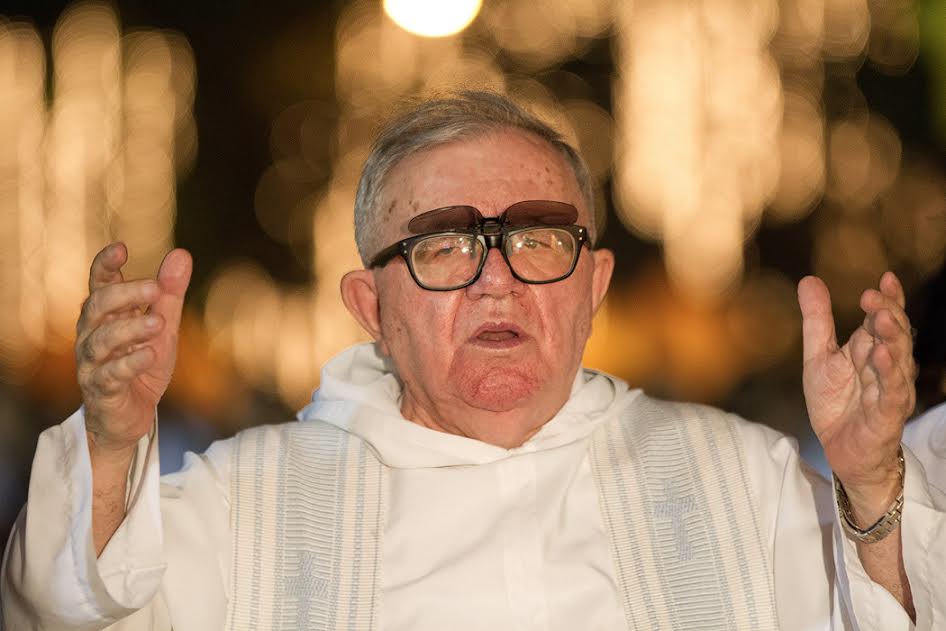 An acclaimed historian of the Catholic Church in the Philippines and Asia, Father Villarroel was a longtime professor of Church history at the UST Ecclesiastical Faculties, where he mentored two generations of leading clergy and religious, some of them becoming bishops and even papal ambassadors.

All of the Philippine papal nuncios serving the Holy See diplomatic missions have been his students at UST, including the apostlic nuncio to the United Nations, Archbishop Bernardito Auza.

Villarroel himself served the Apostolic Nunciature in the Philippines for three decades as assistant secretary.

It was his unique position in the nunciature and his historical research expertise (he took up his theological studies at the Dominican studiuum in Avila, Spain, and took up higher studies at the University of London and UST) that enabled him to write the  “positio” or cause for canonization of Lorenzo Ruiz and his Dominican co-martyrs during the Christian persecutions in Japan in the 14th century.

When Pope John Paul II made his first papal visit of the Philippines in 1981, he beatified Lorenzo Ruiz and his co-martyrs at Luneta in the first beatification outside of Rome in history. In 1987, the same pope canonized in Rome “San Lorenzo Ruiz de Manila and Companion Martyrs.”

His popular history book, “Lorenzo Ruiz, Proto-martyr of the Philippines, and His Companions,” continues to be printed.

After the canonization, Villarroel acquired a reputation of being a “saint-maker” and did research to back up several causes for beatification of, for instance,  the martyrs of the Christian persecutions in Spain during the Republican era that led to the civil war in 1936.

In 2007, Pope Benedict XVI beatified hundreds of Spanish martyrs in the biggest beatification in history.

Among those beatified were several whose causes were advanced by Villarroel, including alumni and faculty of UST and Colegio de San Juan de Letran in Intramuros—Beato Buenaventura Garcia Paredes and Companion Martyrs.

Father Villarroel had also helped in the cause for beatification of Mother Francisca, the 17th-century founder of the homegrown Dominican Sisters of St. Catherine of Siena, the congregation that runs Santa Catalina College in Manila and Siena College in Quezon City.

In Philippine Studies, Father Villarroel specialized in writing about the academic records of national patriots who were alumni of UST and Letran, such as Jose Rizal, Marcelo H. del Pilar and Fr. Jose Burgos.

He demolished myths about the supposed mistreatment Rizal got from the Dominicans in UST in his acclaimed 1985 book, “Jose Rizal and the University of Santo Tomas.”

As archivist of UST for several years, Father Villarroel systematized it and made its rich holdings available to everyone, including outside and foreign researchers. He was generous in guiding his students and other researchers through the labyrinthine archives and even translated documents in Spanish or Latin for them.

Fr. Villarroel’s remains now lie in state at the UST Santissimo Rosario Parish Church. He will be buried at Santo Cristo Church, San Juan City, at the cemetery of the Spanish Dominicans, on Wednesday, Oct. 26./rga