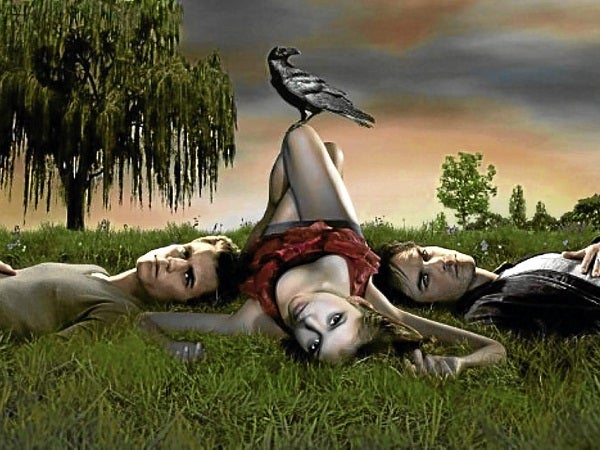 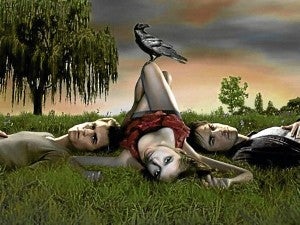 With “Breaking Dawn: Part One” getting splashed onto movie screens, you’re probably in a state of depression if you prefer your vampires cape-wearing, cross-fearing, blood-sucking monsters.

Let’s face it, not everyone likes vamps with skin that sparkles in sunlight, nor is high school the first place a lot of people think a vampire epic should be set in. If you’re looking for a vampire story that’s different from Stephenie Meyer’s four-book romance, here are Super’s picks for alt-vamp stories.

Premiering in 2008 on HBO, “True Blood,” the TV adaptation of “The Southern Vampire Mysteries” by author Charlaine Harris, drops us into a world where vampires have gone mainstream, thanks to a synthetic liquid called “True Blood” that vamps can survive on, without having to sup on humans.

Set in the small Louisiana town Bon Temps, Anna Paquin plays Sookie, a normal human being, except for the fact the she can read the minds of other people. The emphasis is on the word “people,” though, because she meets Bill, and discovers that she can’t read the minds of vampires, which Bill happens to be. From there, Sookie is drawn deeper and deeper into the supernatural world, thanks to both her ability and relationship with Bill.

“Edgy” might be an understatement when used to describe this Emmy-award winning show, but the world that creator Alan Ball (“Six Feet Under”) lifted from the pages of Harris’ book is a fascinating one, where thanks to “The Great Revelation,” humans and vampires now have to co-exist, which goes about as well as you can imagine. 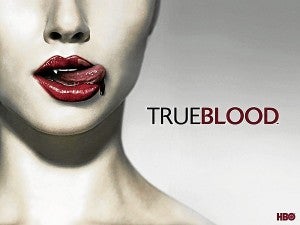 If you’re looking for a mature take on vamps and aren’t the least bit squeamish (of both gore and kinks), then this is the show for you.

“Twilight” before “Twilight”? “The Vampire Diaries” series was written in 1991 by L.J. Smith without a whole lot of fanfare. Revived in 2007 when “Twilight” was all the rage, the books caught the attention of Kevin Williamson, the creative mind behind the “Scream” series of movies and TV shows like “Dawson’s Creek.” Hitting TV screens in 2009, the small-screen adaptation started out slowly, but it has become both a fan favorite and a critical success.

On the surface, the premise has a lot in common with “Twilight.” Emo high school girl is torn between two guys, specifically two vampires in this show’s case, rather than a vampire and a werewolf. Once you start watching the show, however, you get to appreciate how much deeper the mythology of “The Vampire Diaries” is.

Props also go out to the creators for the extra twist-filled love triangle between the human Elena (Nina Dobrev) and the bloodsucking brothers Stefan (Paul Wesley) and Damon (Ian Somerhalder).

If you’re looking for something deeper than “Twilight” but don’t want to take a heads-on plunge into the world of “True Blood,” this 2010 People’s Choice Awardee for Favorite New TV Drama straddles the line between the two franchises without seeming like a cop out. 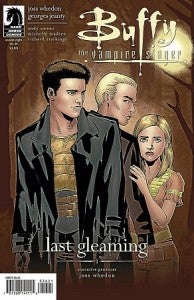 Do you still mourn for “Buffy the Vampire Slayer,” years after the TV show ended? The series’ creator, Joss Whedon, came up with the novel idea of continuing Buffy’s adventures in comics form, with the self-explanatory “Buffy the Vampire Slayer: Season Eight” comic that ran for 40 issues. Featuring Whedon and a star-packed writing crew that included Brian K. Vaughn (“Ex Machina”) and Brad Meltzer (“Justice League”), with pencils by Georges Jeanty and Karl Moline, Season Eight picks off where the TV show ended, but with a more epic feel.

The status quo has Buffy and her army of vampire slayers operating around the world, quashing demonic cults and vampire covens, but there’s an evil mask-wearing big baddie pulling the strings behind the scenes, marshaling some of Buffy’s former adversaries to form an evil supergroup.

Hilariously, the big bad goes by the name “Twilight,” leading to much snark, such as in one of the fight scenes where Buffy says what’s been on readers’ minds: “My god, is that really the name you picked? Twilight? …And my vampire was so much better.”

The series is a definite must-read for fans of the TV show and all things Whedon, but it’s an incredibly dense piece of story if you’re coming into the franchise cold, with no prior idea of who these characters are. Whedon and the other writers of the comic do absolutely no hand-holding, bringing back tons of loose ends from throughout the show’s original seven-year run, and not knowing who certain people are and how they’re all related puts a dampener on a lot of the story’s shock moments.

Like a bit more history with your vampires? The Vertigo Comics series “American Vampire” might be your cup of tea (or blood, as it is). Written by Scott Snyder (“Batman”) and drawn by Raphael Albuquerque, the series first garnered a lot of attention, due to the fact that the initial story arc featured a Stephen King-penned back-up story. But even with King out of the picture after the fifth issue, the comic still remains a compelling and original take on the vampire mythos. 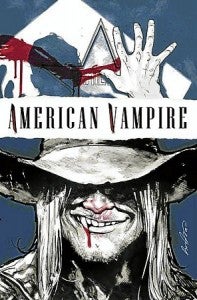 “American Vampire” starts in the 1920s, but jumps around throughout history, touching on the Great Depression and World War 2, before backtracking to the Wild West era, as we follow the birth of the titular American vampires. While their European counterparts fit the vampire stereotypes, what with their weakness to sunlight and such, those sired in the US of A have no problem with the sun, but are vulnerable during the new moon and are deathly allergic to gold.

As the story progresses we see that there’s a ton of different vampiric clans, and half the fun is discovering what makes each new specie unique (the Japanese vamps, for example, have no eyes and can turn you in a quick bite).

If you want something that really shines the spotlight on vampires, than this is the pick for you. While it may not resonate as strongly if you’re not a history buff, the 2011 Eisner winner for Best New Series has strong enough hooks to drag you in and keep you hooked.

A fan of history and vampires? Then the novel “Abraham Lincoln, Vampire Hunter” by Seth Grahame-Smith would fit right into “American Vampire” continuity. Check it out before the movie comes out in June of 2012.