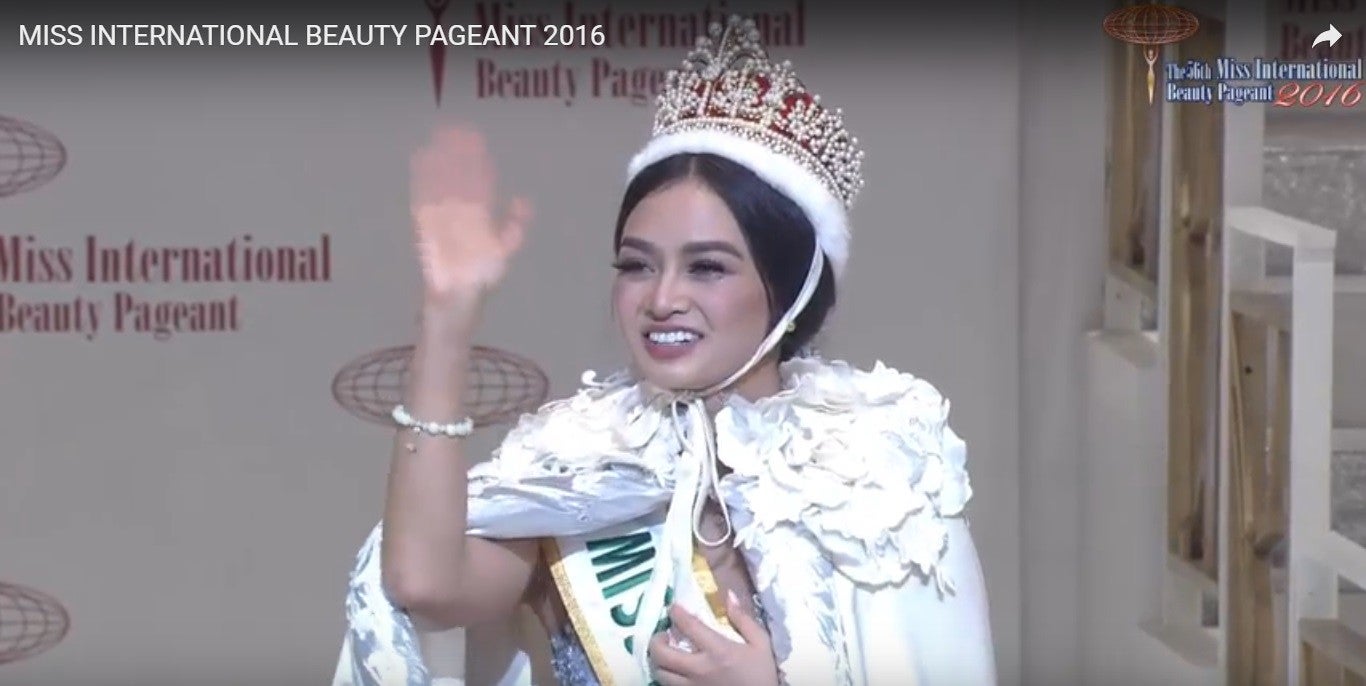 The Philippines chalked up an impressive record at the Miss International pageant as Binibining Pilipinas Kylie Verzosa bested 68 other aspirants for the crown.

Her achievement marks the country’s sixth victory in the Tokyo-based contest, this year’s ceremonies being held at the Tokyo Dome City Hall on Thursday night, on the last day of the state visit of President Rodrigo Duterte to the Land of the Rising Sun.

The Philippines last won in the pageant in 2013, with Bea Rose Santiago taking home the crown. Santiago’s victory also coincided with the state visit to Japan of another president, Benigno Aquino III.

Verzosa clasped her chest on her proclamation as the winner. Tears rolled down her cheeks as her predecessor, Edymar Martinez, put the pearl-encrusted crown on her head and draped the fur-lined cape on her back.

“I cannot believe this moment right now, and I am ecstatic and happy,” Verzosa said after her coronation.

“I did not go on this journey alone,” she added. “I had a lot of love from the people around me. This moment only happens in my dreams. Thank you, Japan. Thank you, Miss International.”

Verzosa was a favorite in the 2016 Binibining Pilipinas pageant held last April, with a massive support base rooting for her. During the national pageant, she bagged several other awards — the Face of Binibini (Miss Photogenic), Reader’s Choice, and Jag She’s Got the Look.

Her throngs of supporters grew as she embarked on quest for the Miss International crown.

For the tilt’s Top 15 speech round, Verzosa said: “Three things come to mind when I think of Miss International — culture, education, and international understanding. These three work together to make the brand of the Miss International pageant relevant to the global community in our time.”

Brianny Chamorro of Nicaragua, who was also named Best in National Costume, was third runner up, while Kaityrana Lenbahc of the United States was fourth runnerup.

Before Verzosa and Santiago, the other Filipino winners of the Miss International winners were Gemma Cruz (1963), Aurora Pijuan (1970), Melanie Marquez (1979), and Precious Lara Quigaman (2005).