Looking for ghosts in all the right (wrong) places | Inquirer Lifestyle ❮ ❯ 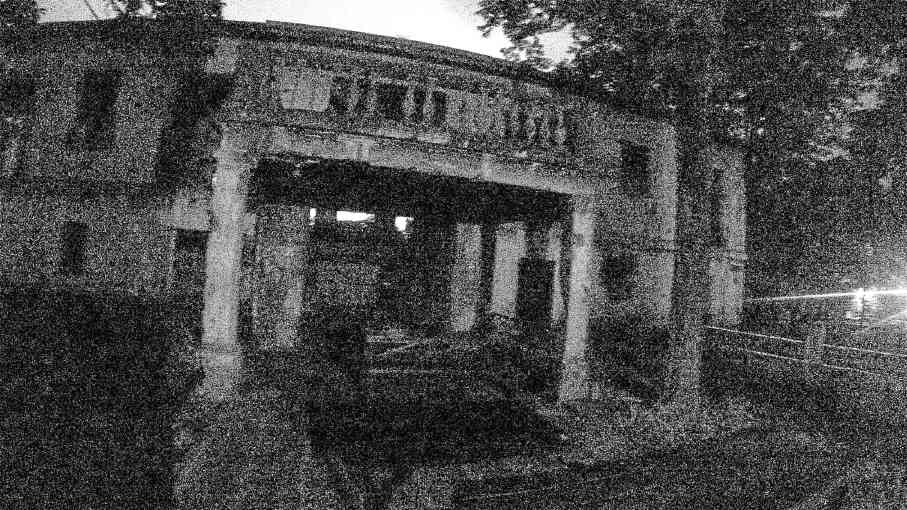 Looking for ghosts in all the right (wrong) places

The idea was far greater. We wanted to see furniture moving, stuff afloat (or rapidly headed our way, as in the movies). We wanted to hear some entity call out to us — a gentle but frightening “Help!” — or harm us.

We got none of that. Instead, we got the scare of our lives from cats rummaging through trash and one of us suddenly letting out a sigh.

We had the best pegs: “Sukob,” “Ghostbusters” and “Blair Witch Project.” But we didn’t care to bring thermal scanners and recorders, and weren’t mindful enough to go out in the wee hours of the night.

(We were at Destination 1 by 3 p.m., and we carried on with a GoPro, a Good Morning bimpo, three tubes of lipstick, a wine opener and our respective phones.)

It dawned on us quite early that we weren’t getting much supernatural intervention, and so we just went around asking: “May multo ba rito?”

Our ghost-busting excursion started at 3 p.m., in this Spanish-era park that is both eerie and beautiful.  Paco Park is Instagram-perfect, pre-Nup shoot flawless, date night-romantic venue, just ignore the fact that the dead rest here.

The circular walls are lined with crypts of Spanish friars and affluent families—the dead surround the chapel. During World War II, it was an ammunition depot for the Japanese.

We scanned the vicinity, checked the names of the epitaphs (at least those that were still decipherable), and surveyed the infant graves. The closest horror experience we had was sticking the GoPro in an open grave, hoping that a hand would reach out and grab us.

Nothing happened, prompting us to ask the desperate question to Eulogio Bacayo, an electrician who has been working in the cemetery for 25 years:

This has been a common question to Bacayo; he said that in all the years he’s been working in the park, from 10 a.m. to 7 p.m., the closest he got to paranormal activity was kilabot.

However, he said there was one time a bride-to-be went on an ocular in the park. The bride wanted to survey the park in the evening, so Bacayo left her wandering around. Not long after, the bride was running and screaming her lungs out, claiming she saw a white lady. She never went back.

Less than an hour into ghost-hunting and one interview, we deduced that maybe ghosts, like love, should not be sought; you just let it find you.

We don’t know how we got here; we just know that one of us was hungry and that there are a lot of food establishments to choose from here. Plus, with the little research that we’ve done, we found out that San Agustin Church is haunted. Before we got to San Agustin Church, though, we made a stopover at Barbara’s. Like Paco Park, it was picture-perfect, and we couldn’t resist the urge of a photo-op because we may be the most fashionable ghostbusters in history—one wearing spaghetti straps, another boots.

After taking gazillions of photos, we proceeded to San Agustin Church at around 4:30 p.m. There was a wedding so we weren’t allowed inside. Well that was a dud. We were expecting to see the ghost of Juan Luna whose crypt lies in the church mausoleum.

Next stop: Manila Cathedral, and there was another wedding. We heard an urban legend that couples who wed in the cathedral end up in a failed marriage. Well that one is scary.

Final stop is Fort Santiago, where our instinct again brought us to stick the GoPro down an empty space—a guardia civil, who refused to be named, said he has heard someone crying at the dungeons near the Pasig River.

American and Filipino soldiers were left there to die. Yet, again, nothing creepy happened.

Ah, who is not freaked out by the sight of the Manila City Hall, that frozen-in-time building that is apparently the shape of a coffin. (In reality, it’s shaped like the shield of the Knights Templar, but whatever.)

Online, people have been saying the shape has lured in spirits, and while the night watch didn’t say that, they said ghosts really do haunt employees there.

Apparently, if you wanted to test your bravery, you needed to climb up to the top floor. And, the guards did not refuse to let us in to take the test—on our own.

Cats going around, looking for trash to thrash, do add horror to an otherwise stagnant scene. At the stairwell to the fourth floor, we heard the sound of a person moving. We ran back down, mustered some strength, went up again, with gusto, and found a real guy seated on the bend. As to his reasons for being there, we will never know. We do congratulate him for his bravery and hope he doesn’t think we’re crazy for laughing so hard the moment we saw him.

As soon as we got a peek at the dark halls of the fifth floor, one of us said: “Ayoko na, besh.” We were drenched in cold sweat.

A word of advice: If you want to tour the modernized Parthenon, do ask permission from the Cultural Center of the Philippines. This, we did not expect, and so we ended up interviewing the security guard, who wanted to be anonymous.

The lone security guard who has been working in the film center for a year said he does not believe in ghosts—he has not encountered any entities yet.

We had a strong hunch that the place would turn up with our creepiest experience of all, but, although we had high hopes climbing up to the entrance, we were immediately stopped, first by a white dog, and then the guard.

Several specials have revealed the dark past of the building—a part of the building collapsing onto construction workers trying to beat the deadline set by Imelda Marcos (imagine 1,000 workers constructing in 72 hours the lobby, which under normal circumstances would take six weeks to build).

Media went to the area soon after the incident at 2:35 a.m. on Nov. 17, 1981. Gory footage were banned from airing, however; and many believe the death toll was underreported, possibly by over a hundred.

They say some bodies were not retrieved and just buried under cement—“Ang pinakamalaking nitso ng bayan,” said Howie Severino in one special. On walls at the lower floors are written their cries for help, said the guard.

Some also note that wandering souls also found a haven at the MFC. Perhaps they thought this Parthenon was heaven.

We’ll never know. What the guard knew for sure was that the manner with which the building was finished is now showing in the many cracks in the building and debris falling.

In our five-hour ghost-hunt, the spookiest thought that crossed our mind was the fact that the entrance of the MFC, the very area where we stood, can collapse any moment, should an external force act on its current deteriorating state.

Based on the different accounts we have gathered from believers and nonbelievers, we asked ourselves the Magandang Gabi Bayan closing spiels of Noli de Castro, “Ito ba ay katotohanan o pawing kathang isip lamang?”

Giving up the ghost

Our DIY ghost-hunting was a complete and utter failure. We were spooked at the faintest sounds (like an ATM that plays a video when left idle), and sticking a GoPro with our hands in open graves and old prison cells almost gave us heart attacks.

We asked Jade Martin, founder of Center for Paranormal Studies and Profilers of the Unknown, where we went wrong and how we can improve when we embark on our next ghost-busting adventure.

“Those who go on ghost-hunting without a paranormal expert are unaware that entities are already in front of them,” Martin said.

They first check if the vicinity is cleared from hobos, thieves, and secure a permit to avoid trespassing.

We confirmed that we went to the right places.  Martin operates Intramuros Ghost Walk, a unique walking tour in the historic walled city plus some background on paranormal studies.

When ghost-hunting though, the 15-member group are equipped with tools such as DSLRs, thermal scanners, audio recorders, video cameras and motion sensors.

Martin said that it’s important to be creative; they sometimes use pencil, paper and compass; Ouija board is not a necessity.

When a place reportedly has a child spirit, they leave toys at an area and record any signs of movement via CCTV.(Aha! The three tubes of lipsticks we brought would’ve been useful then!)

As for the Ouija board, experimenting on it with lack of familiarity will bring consequences—just like in the movies, though less crazy.

“People who use Ouija board or play spirit of the glass may open a portal for spirits, but without proper training, they can’t cut the connection or close the portal they opened, hindi nabigyan ng closure [spirits],” she said.

As a result, the spirits that responded will be stuck in the place where they were summoned, and those who live in the area will be bothered.

Want to go on a ghost-hunting adventure? We know who you gonna call: Profilers of the Unknown 09988514516. Visit www.facebook.com/Intramurosghostwalk. ­