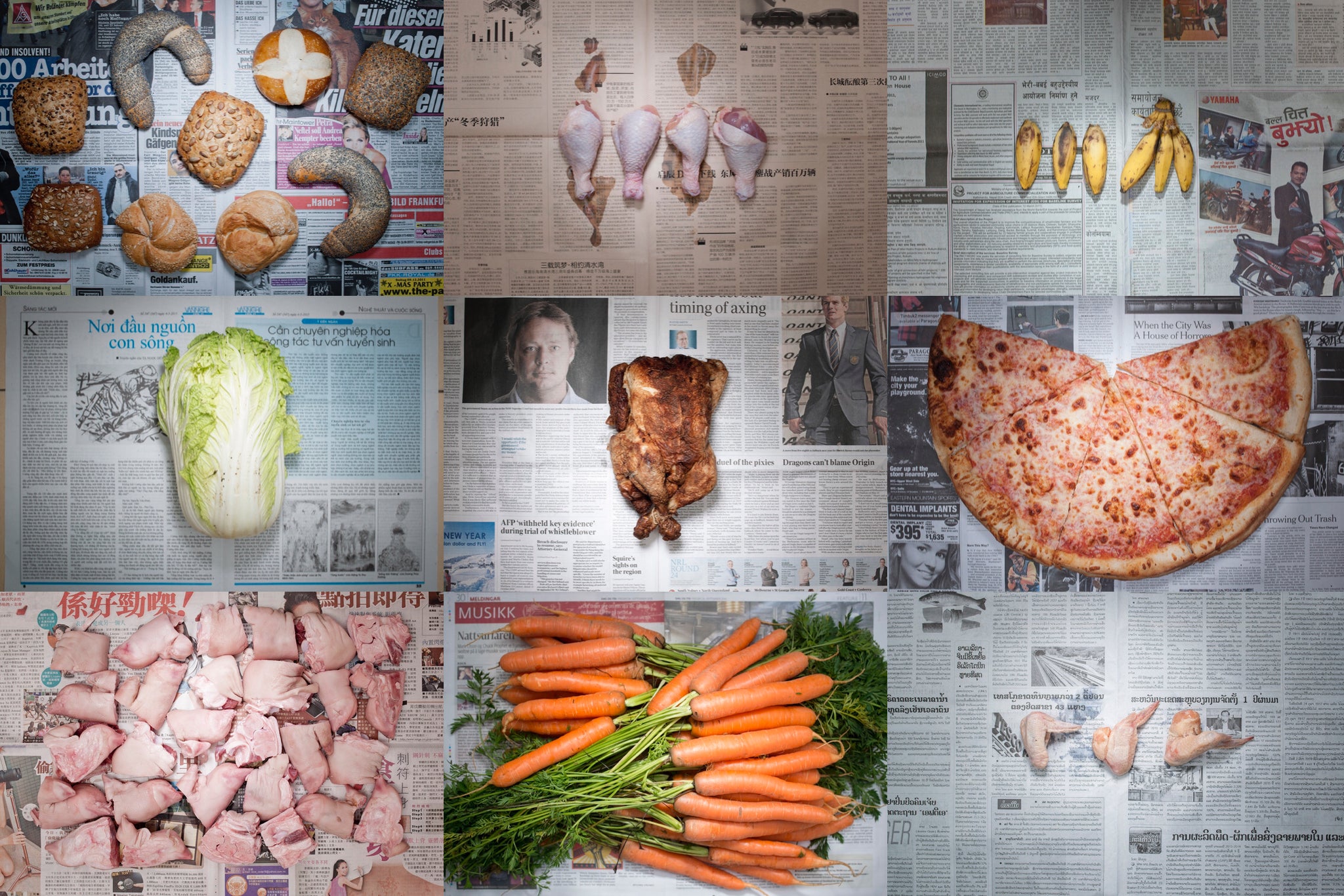 This is something that people will quickly realize when they see Stefen Chow’s photo series that features food from 16 developed and 13 developing countries.

“The Poverty Line” is a visual project started by Chow and his wife Hui-Yi Lin, who is an economist and market researcher, in China.

The couple has since traveled to six continents to document the food choices of people living in poverty.

Chow presented some of the photographs during the Asia Journalism Forum, attended by INQUIRER.net, in Singapore last September

“We wanted to talk about poverty using a visual project that is objective, that is interesting and possibly thought-provoking,” Chow said during his presentation at the forum organized by Temasek Foundation and Nanyang Technological University.

Chow and Lin wanted to answer a simple question: “What does it mean to be poor?”

“The Poverty Line uses the most common denominator — food — to suggest the inequality that the poor would face,” Chow said.

While the “poor” in Australia could afford a whole chicken, their counterparts in China could only buy four chicken drumsticks while those from Laos can only afford three chicken wings.

Chow said that when they released their first series on China, American media accused them of being “very cruel because how can anyone live on so little.”

The project went viral and soon their website crashed after Russian readers started checking out the site. One commented on how the vegetables in China looked fresh unlike those from his own country.

“It inspired us to doing this project to a global level,” Chow said.

The photographer said they quickly realized that the statistics and the situation on the ground enable them to learn different lessons.

While the poor in the United States can afford more food compared to those in Asia, 46 million Americans are considered poor.

Chow said the poor in Hong Kong seem better off but the backdrop of his photographs is news on the massive protests in the city.

The Poverty Line’s photographs not only present absolute poverty, not just inequality but also other ills of society featured in the local news pages.

“It was an aesthetic and factual decision. I wanted to bring two elements that are close to people from all stratas of the society—food and newspapers, to talk about a topic that isn’t just important for the individual, but for the global society as well,” he said.

He said while poverty is a global issue it could be in the form of absolute poverty in developing countries or rising inequality in developed countries.

Chow, in an online interview with INQUIRER.net, said he was able to cover the 29 countries through his work as a commercial and editorial photographer.

The Malaysia-born and Singapore-raised photographer said he wants to visit as many countries as possible, including the Philippines.

“Philippines is an important country with a rich history and diversity, and poverty is a major issue within the country. When I find the chance to finally visit the country, I would definitely do the project,” he said.

READ: 4 of 10 Filipinos caught in vicious cycle of poverty

Asked what his most unforgettable experience was in doing the project, Chow said it was when he met a former schoolmate in Hong Kong who was retrenched and was trying to make ends meet by juggling two jobs as a waiter and a bartender.

“When we spoke on the topic of poverty in Hong Kong, I realized that he was spending less than the poor people we have calculated for the territory,” Chow said. “It hit home that poverty is a situation that hits people close to us, and that it is much more wide spread than people think.”

The forgotten war on poverty