Nobel laureate Mario Vargas Llosa in Manila: We have many things in common | Lifestyle.INQ ❮ ❯ 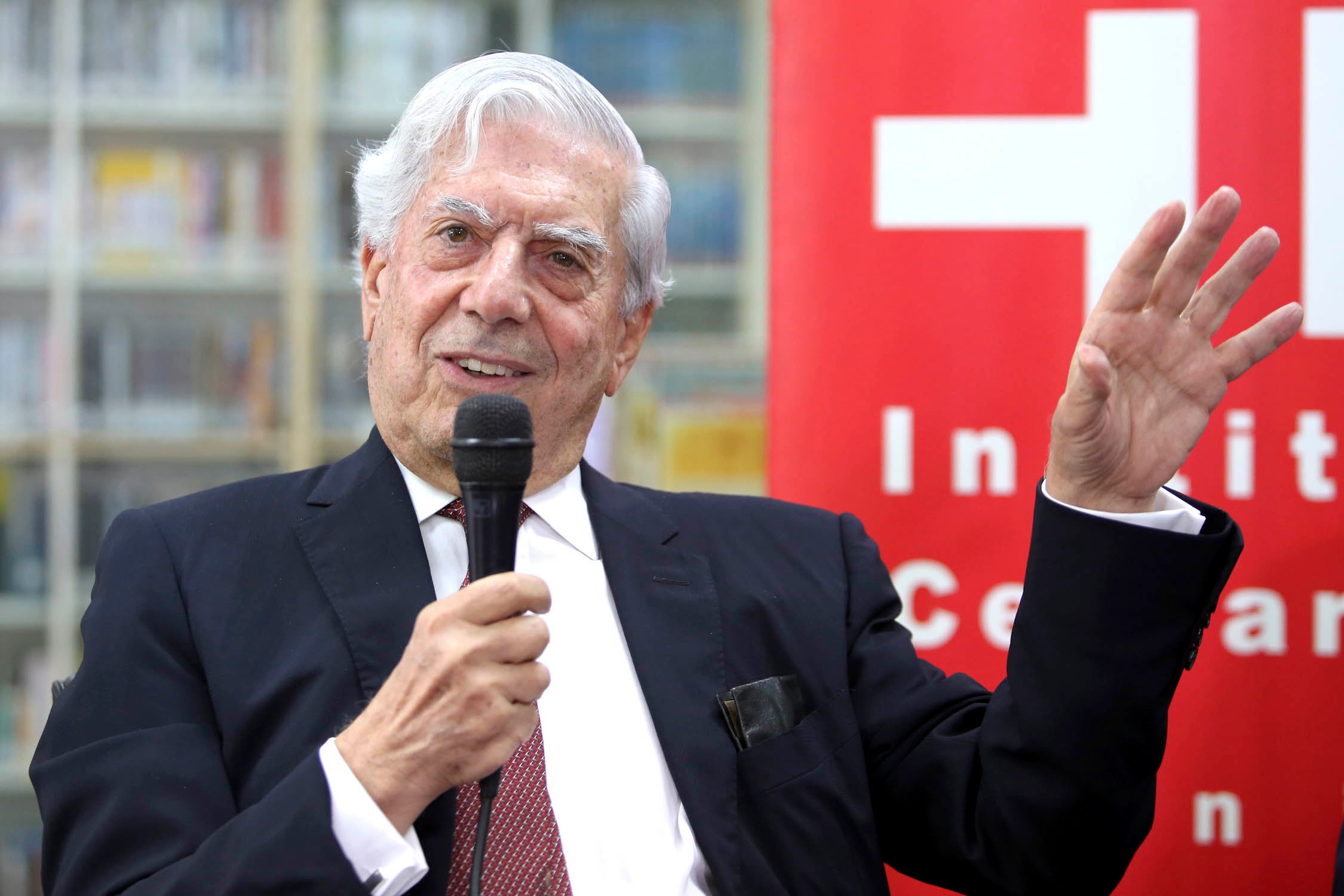 SECOND TIME AROUND World-famous Peruvian writer Mario Vargas Llosa, who first visited the Philippines in 1978, says he has already written a book about the country but won’t saywhich one. —KIMBERLY DELA CRUZ

SO what exactly did Mario Vargas Llosa think of the current events in the Philippines?

“I have just arrived in Filipinas,” the 80-year-old Nobel laureate answered. “Let me stay a few days and I will have an idea what’s going on. I think it would be arrogant to give a statement about is going on in Filipinas. Give me a few days to hear, and listen and read about it, and then I can give you a more documented opinion about Philippines.” He later added, “I don’t want to be expelled from the country yet.”

Vargas Llosa did not read a prepared speech. He instead engaged in a exchange of questions and answers with the attending press.  He noted this was the second time he was in the Philippines. He had visited the country in 1978 as the president of the writers group PEN (Poets, Essayists and Novelists). He said of that visit: “At the time, it was a dictatorship. It was very interesting to talk to Filipino writers. I think they were deeply critical of what was going on. Some were optimistic. Some were very pessimistic; they didn’t think things would change for the better in a short period of time. So I learned a lit about what was going on. And I discovered that the Philippines, Peru and Latin America had many, many things in common, particularly in the political sphere.” He said he believes this trip “will be as good and as interesting as it was my first time.”

Vargas Llosa is visiting the Philippines with his girlfriend, Filipino socialite Isabel Preysler.  Asked about his relationship with Preysler, Vargas Llosa said: “Love is a fantastic experience, probably the richest that we have had, but it is private. When it becomes public, it impoverishes it. It becomes banal. Public expression of love banalizes love. So I don’t want to banalize this fantastic, marvelous experience. For me, it is and always will be private.” Preysler did not attend the press conference.

Vargas Llosa is the critically acclaimed, world famous Peruvian-Spanish author of books such as 1963’s  “La ciudad y los perros (The Time of the Hero)” and 1969’s “Conversación en la cathedral (Conversation in the Cathedral).” He received the Nobel Prize for Literature in 2010 “for his cartography of structures of power and his trenchant images of the individual’s resistance, revolt and defeat.” A colorful and controversial literary icon, Vargas Llosa unsuccessfully ran for president in Peru in 1990, losing to Alberto Fujimori.

Asked about the American singer/songwriter Bob Dylan receiving the Nobel, Vargas Llosa said: “I am an admirer of Bob Dylan as a singer. I like his songs very much. I don’t think he is a great writer. I think the Nobel for literature is for writers, not for singers.”