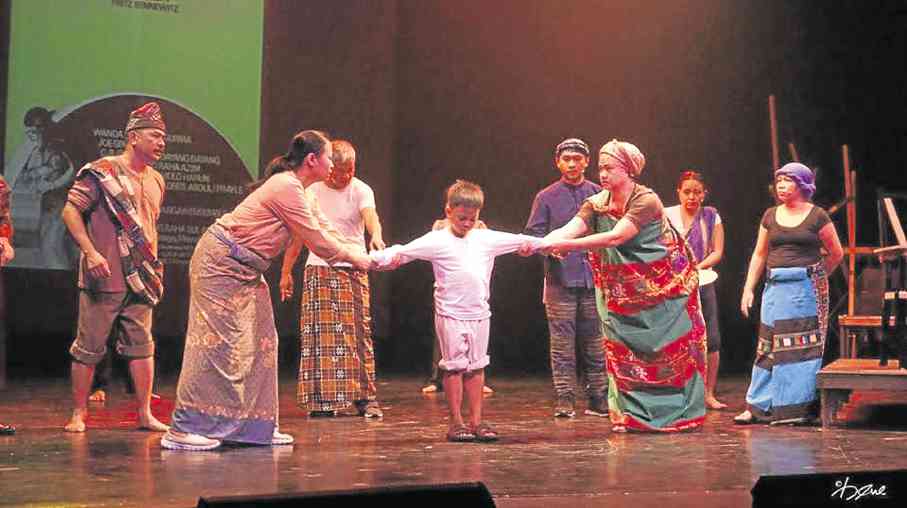 Among the three evenings of this year’s Triple Threats concert series at the Cultural Center of the Philippines (CCP), “Koro Koro Boom,” directed by Melvin Lee, felt the most relaxed—more a convivial gathering of like minds than an all-stops-out song-and-dance extravaganza.

The concert was assembled in just eight days, according to musical director and ensemble member Vince de Jesus, and it showed: The result wasn’t polished to a perfect shine, and the singing wasn’t always spic and span.

And yet, technical perfection seemed beside the point.

This was, after all, the Philippine Educational Theater Association (Peta) Kalinangan Ensemble on the CCP stage. And if there’s anything to be said of Peta, it’s that it always brings more than mere performance to the table.

The notion of theater as advocacy, and not just surface entertainment has always informed every Peta production. It is theater as a movement, as a reminder to never cease learning from the past, and as a daily invocation of a nationalistic spirit aptly captured by a lyric from “Artista ng Bayan” (sung at the concert’s end): “Lumilikha tayo ng bagong kasaysayan.”

One need only look at its  more recent works such as “William” (Shakespeare in Pinoy street slang), “FnL” (“Florante at Laura” made jologs) or even the phenomenal “Rak of Aegis” to realize that it is the Filipino experience—the past, present and conceivable future—that is unveiled with every rise and fall of the curtain.

The concert was well-paced at around 100 minutes, with musical numbers from landmark Peta productions through the years such as “Canuplin,” “Kahapon, Ngayon at Bukas,” “Ang Mahabang Pagdadalawang Isip sa Buhay ng Isang Peti-Burgis,” “Batang Rizal” and “1896”—and even an excerpt from its Filipino adaptation of Bertolt Brecht’s “Caucasian Chalk Circle.”

The survey, as it were, plunged the audience headfirst into theater history so rich and storied, those who earlier knew Peta only through “Rak of Aegis” would’ve surely emerged with altered perceptions.

It’s ironic that the promised “boom” was nowhere to be found that evening, but one quickly realized it wasn’t meant to be there in the first place.

To have gazed briefly at the past 49 years—at a life onstage that is, hereabouts, peerless in its breadth and depth—was enough. The musical pageantry can have its turn next year. —CONTRIBUTED