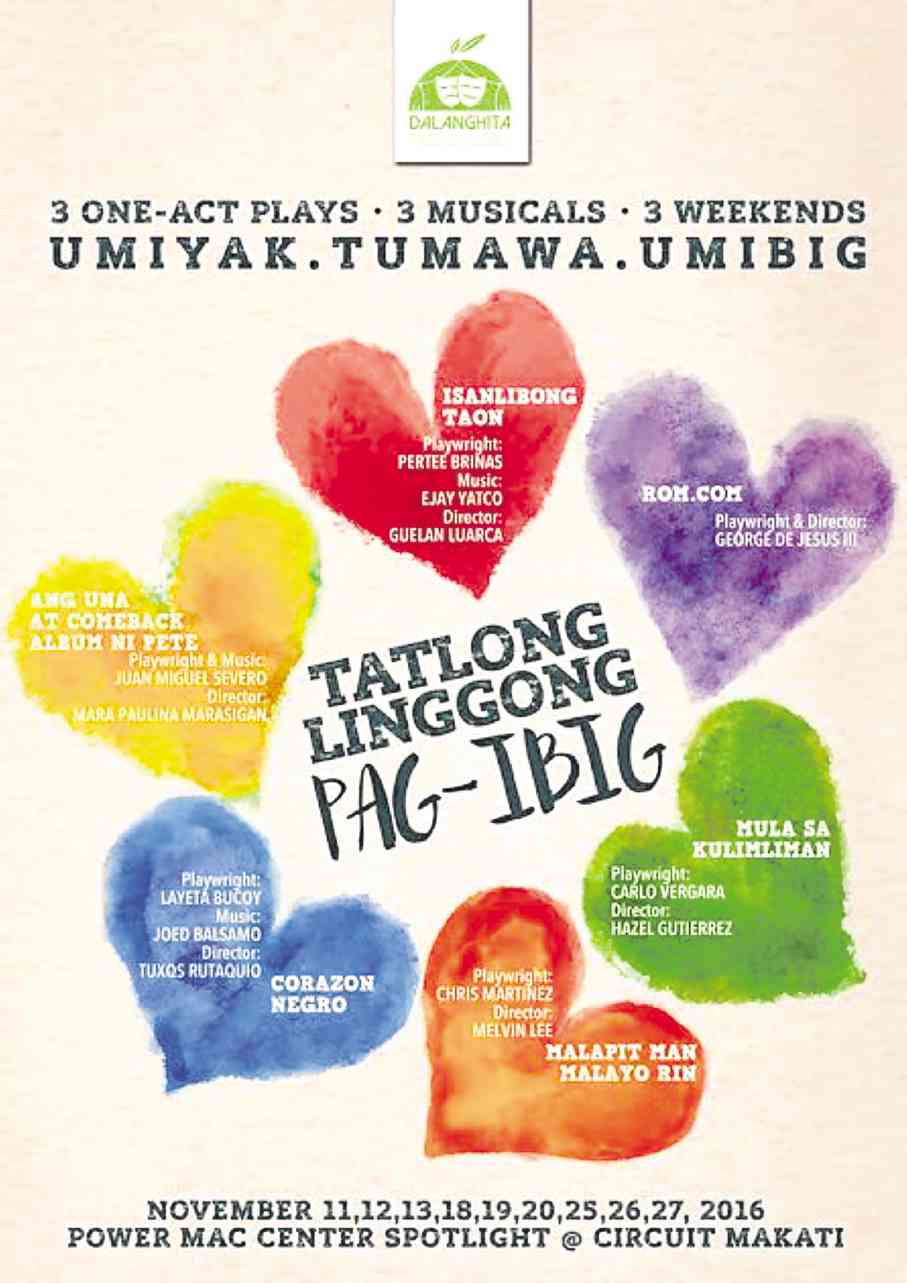 Trust the young and brave to stage new, original works in Filipino on a rainy, Broadway-soaked calendar month.

That inaugural presentation, which had five shows at Peta studios, was followed up by 2015’s smash hit, “Kung Paano Ako Naging Leading Lady,” a full-length musical that had 52 shows.

“Claudia and I loved the experience of staging original works from great playwrights and directors, and we felt that the original straight play scene in the country needs a little more push, since it’s not as embraced as the big musicals. This year, we decided to do this mini-festival.” 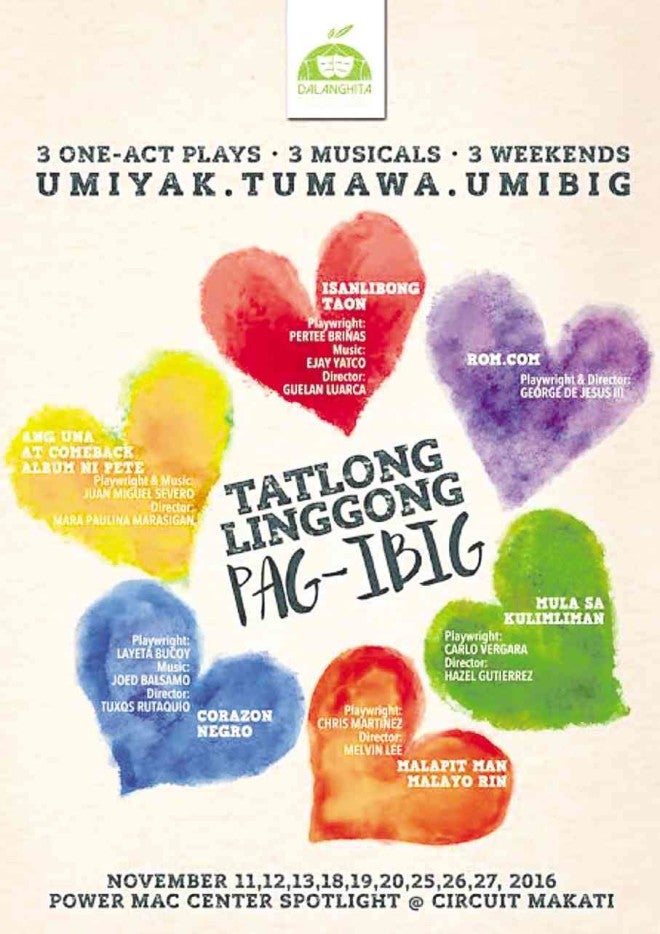 For “Tatlong Linggong Pag-ibig,” Set A has Briñas’ new musical called “Isanlibong Taon.”  Set in the 1990s, it follows the story of Philip, who returns to his hometown in Palawan and reunites with an old love after trying to find a better life in Manila. Ejay Yatco is composer-lyricist, with direction by Guelan Luarca.

Also in Set A is Carlo Vergara’s “Mula Sa Kulimliman,” a one-act play directed by Hazel Gutierrez, with cast members Jonathan Tadioan, Jonathan Castillo and Mayen Estañero. First staged in this year’s Virgin Labfest, this comedy tells the story of a plain barrio housewife whose husband’s day job turns out to be something completely unexpected.

“It’s a love story between a woman from Las Piñas and a man from Valenzuela. It’s about how our worsening daily traffic problems affect our choices, our fate in life and love,” says Martinez.

Set B has a new work by Layeta Bucoy titled “Corazon Negro, an Operetta,” with music by Jed Balsamo and direction by Tuxqs Rutaquio. It tackles unrequited love—about a Filipina teacher during the Spanish period who falls in love with a grave digger. The cast has Estañero, Al Gatmaitan and Natasha Cabrera.

“Rom.Com” is a straight one-act play about Beth, a wedding planner, and William, a cynical graphic artist. Written and directed by George de Jesus III, it stars rocker Jett Pangan and Sarah Facuri.

“The rom-com template is upturned when one realizes that love is not like in the movies,” says De Jesus.

Also in Set B is “Ang Una at Comeback Album ni Pete” by spoken word artist Juan Miguel Severo, who wrote the script, lyrics and music. Mara Paulina Marasigan directs this tale about Pete, an ex-child star who tries to return to the spotlight as a singer-songwriter “with a concept album based on the characters of ‘Peter Pan.’”

“We want variation, I guess,” says Briñas. “Big musicals, then straight play festivals, and then big musicals again. All for the goal of having the Philippine market embrace original works more and more.”  —CONTRIBUTED

“Tatlong Linggong Pag-ibig” runs all weekends from Nov. 11 to 27 at the Power Mac Center Spotlight Theater in Circuit Makati. Call 8919999.