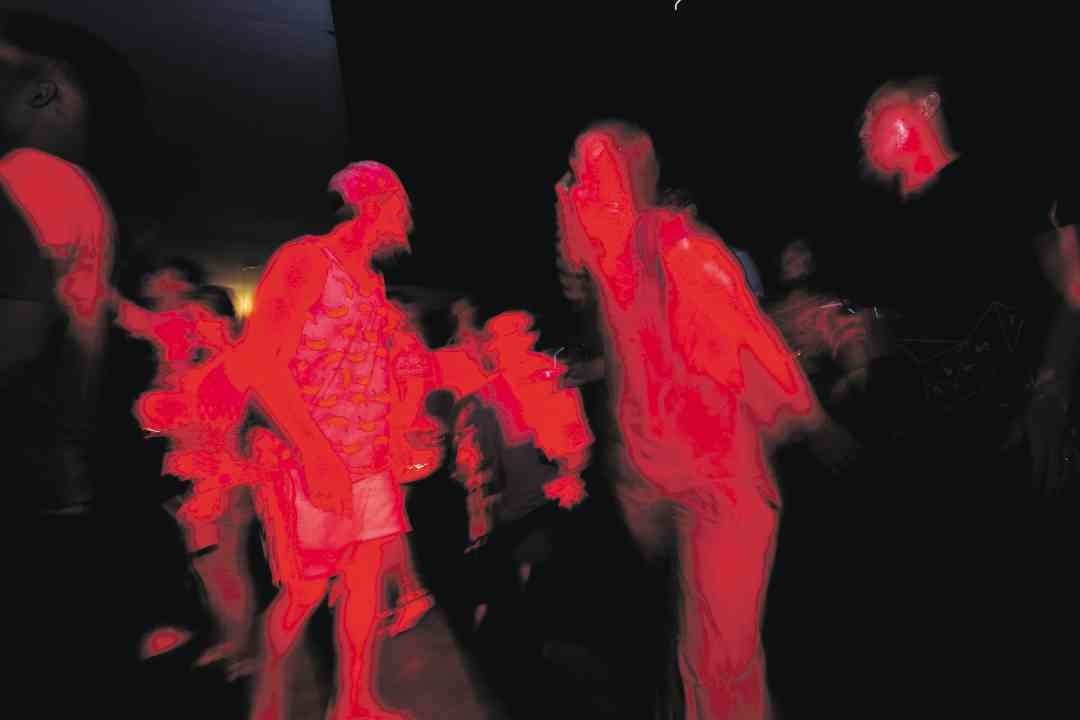 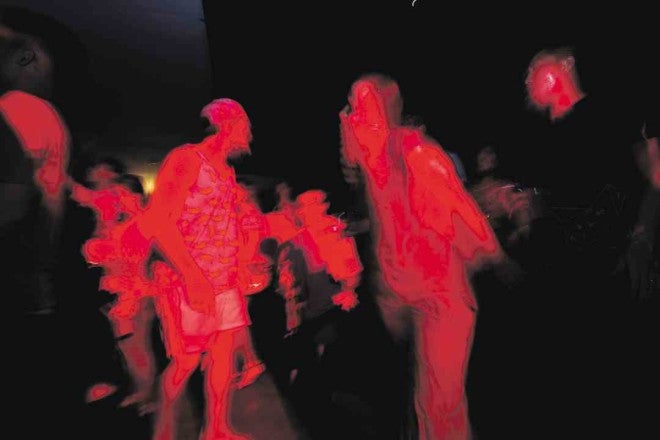 We were eating chicken wings at Malugay when we heard the ocean. Not the gentle rush of waves on a beautiful night smelling of saltwater and vacation but the sound of reggae emanating from the walls of The Collective. It was late but our hearts thudded with the music and decided to check where the music was coming from. A party was in full blast in B-Side, no door fee, and we were welcomed by the piercing cry of the trumpet, a voice persuading us to dance to Bob Marley challenging the calm of a Sunday night.

Irie Sunday, they call it. Irie, which means “all right” in Rastafarian, seems like an apt name for a night that celebrates the music that originated in Jamaica in the ’60s. It all started with love of the genre and the founders of Irie wanted to play an all-reggae night in clubs but with no takers, they decided to get a truck with a sound system. They parked it around the city, sometimes in BGC and Cubao Expo, and invited people through social media to come and listen.

In 2010, B-side was born and it provided the constant venue for what is then called Dubplate Manila and renamed it Irie Sunday. It gave space for local bands and DJs, sometimes even hosting foreign acts dedicated to the all kinds of reggae. “We picked Sunday knowing that if it didn’t work, okay lang, we’ll be closed anyways on a Sunday. We really picked an off night because it was a risk but six years later, and we’re still doing it and it’s better than ever. I guess we’re doing something right,” said Don P., one of the founders, DJ and part-owner of B-Side.

The scene was tinged with red, blue and green falling beautifully on dancing bodies. It is the music, a feel-good beat that untangles the bones, it makes you let go and just dance. I checked my watch, amazed that it’s past midnight. The clock ticks and it’s Monday already but the music and dancing is far from dying down. 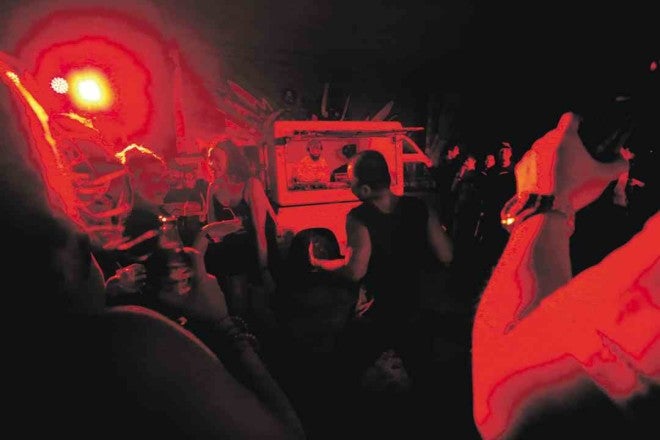 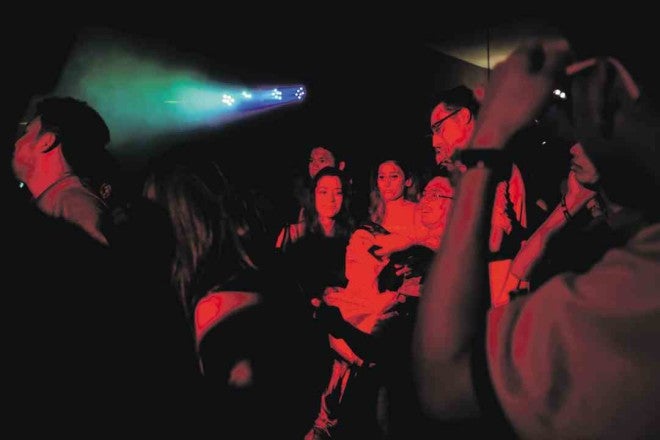 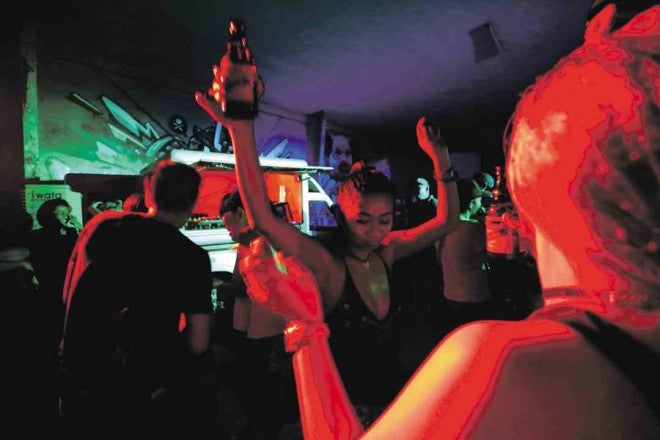 “In the beginning, there were only friends and reggae lovers and now, people come here,” DJ Tatsuki fondly says. The crowd is always a mix of Filipinos, expats and tourists from different nationalities. Every Sunday, The Collective comes alive at 9 p.m. with music played from a truck that serves as the DJ station. Come midnight and the crowd turns to a makeshift stage where a live band plays from covers to original songs.

The music brings the people together in Irie Sunday no matter wherever they are from.  For Liv White, a 22-year-old tourist from London, it is the best scene she saw in Asia. “I’ve been all over Asia and I love it. I think it’s cool and edgy, and the crowd is amazing.” When asked what she thinks about partying on a Sunday, she said it’s the thing she loves the most exclaiming, “Sunday is fun day!”

“The music is really good, it’s refreshing.  It’s the vibe. I didn’t expect there’s going to be a lot of people,” mused Cris Cahilig, a 29-year-old from Boracay. The opening set is more chill and slow that builds up as the night grows, the beat is much faster which makes it perfect for dancing. The acts are different every night and it is open every Sunday of the year “except when there’s a liquor ban,” said Don P., or “flood” quips Tatsuki.

This is like our church,” said 19-year-old Kenneth Bondoc from Paco, Manila. Together with his friends, they’ve been attending Irie Sunday for years, saying, “Here, we feel freedom.” 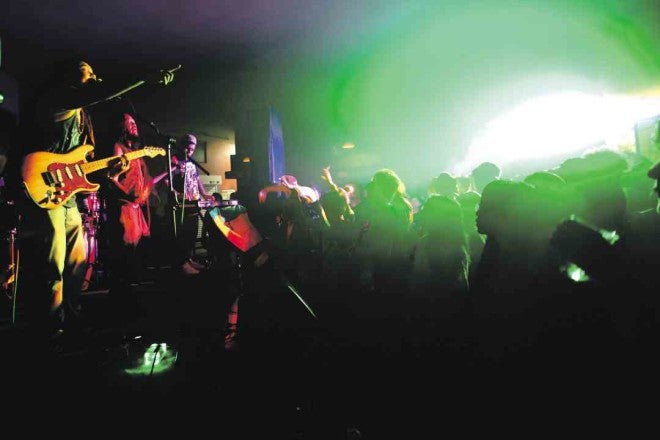 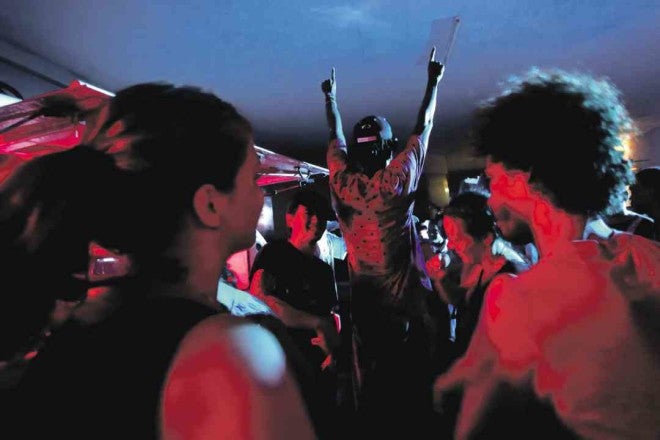 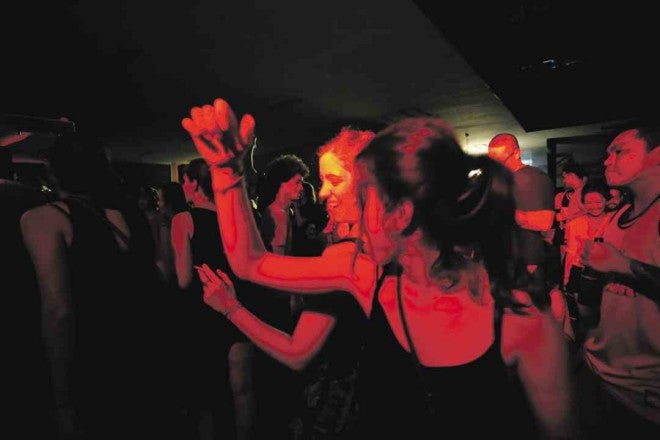 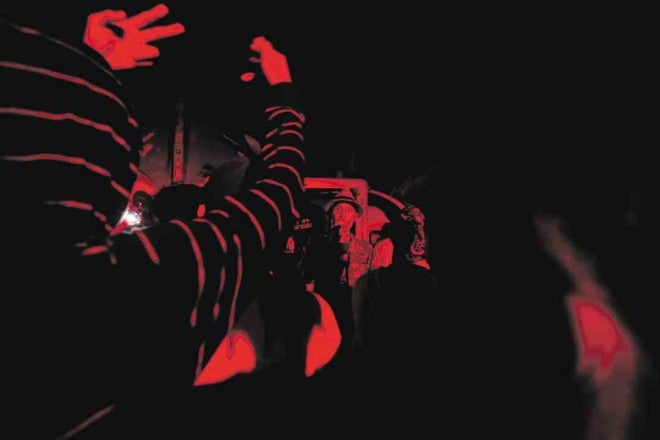