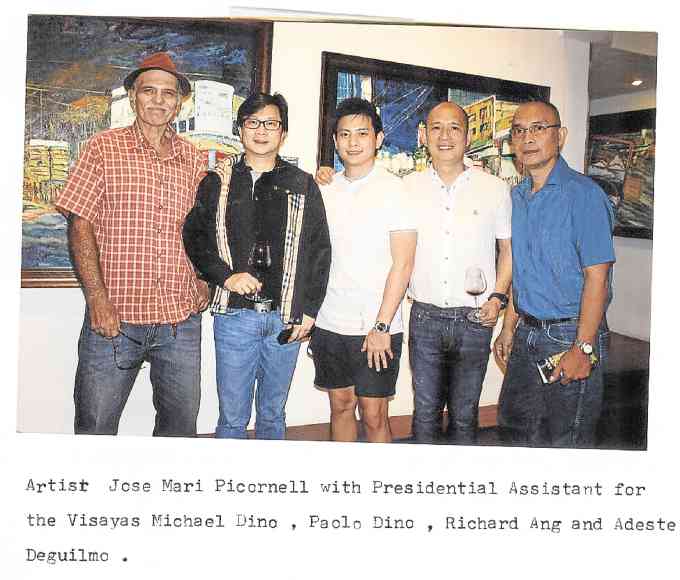 Latin flavors and beats make for a memorable gastronomic gig 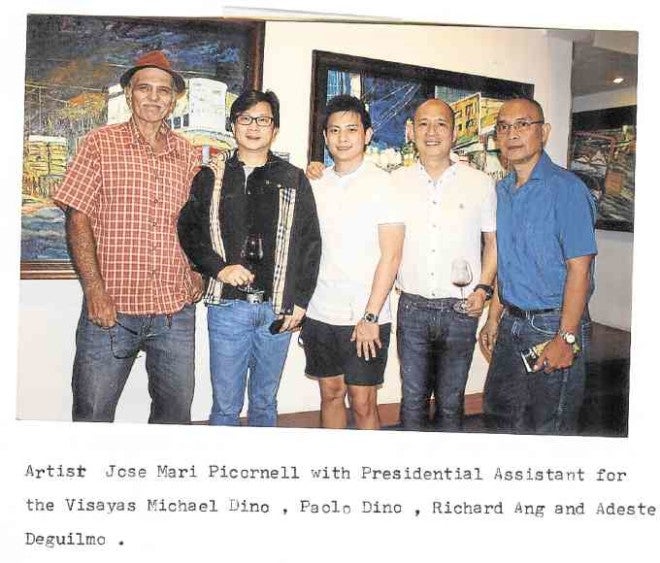 The Cebu chapter of La Chaine des Rotisseurs held a fellowship dinner with the theme “Viva España” at Pino restaurant. Perfect host was Joel del Prado who had chef Editha Singian as consultant.

Pleased with the magnificent spread at the upper level of Pino were honorary consul of France Michel Lhuillier, who is La Chaine’s baili delegue for the Philippines, and wife Amparito Llamas Lhuillier, baili of the Cebu chapter.

There were carving stations for the cochinillo asado and the chicken galantina, as well as for the two kinds of paella, negra and mixta.

Yet, the best item on the extensive menu was the diced salpicado which just melted in your mouth for its juicy tenderness.

Dessert favorites were canonigo, peaches in wine and the homemade tocino del cielo.

Officers present were Teresin Mendezona, Dr. Nestor Alonso and Dave Sharpe. They presented Joel del Prado and his chefs certificates of appreciation at the end of the evening.

A group of dancers emerged to bouncy Latin beats and persuaded many of those present, Michel and Amparito among them, to join them onstage. It was great fun!

Stella Solero Bernabe was cited as the member present at all La Chaine events through the years.

One grand event is coming up, and then some.

Dec. 9 is the 24th anniversary gala of La Chaine in Cebu. It will be celebrated with appropriate splendor at Shangri-La’s Mactan Resort and Spa with general manager Rene Egle rolling out the proverbial red carpet.

La Chaine in Cebu has also mapped out the two most important events for 2017. The induction gala has been set for March 16, 2017, at the ballroom of Marco Polo Plaza Hotel. The 25th anniversary gala in December 2017 will be at Radisson Blu. 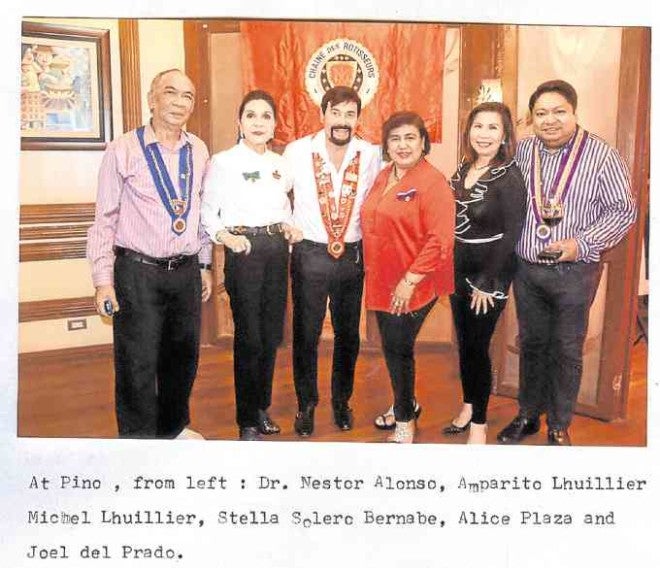 “Pintar La Noche” was the theme of a one-man painting exhibit by Jose Mari Picornell at Qube Gallery in Crossroads, Banilad. He had been commissioned to paint nocturnal action scenes around the city of Cebu. He did them on site from dusk to dawn.

There were 21 large works done with oil on canvas, and more than half were snapped up by collectors within minutes of the formal opening rite.

Overjoyed with the unprecedented success were the gallery’s Kingsley Medalla, Sonia Yrastorza, who was curator, and Presidential Assistant for the Visayas Michael Dino with his son Enzo who had been most supportive of the exhibit.

Next exhibit at Qube will be that of Isobel Francisco opening Nov. 19.

At nearby Abaca Baking Company on Oct. 17 was the opening of an exhibit by Manila artist Mario de Rivera, presented by Qube and Hiraya Gallery.