‘Literature is the enemy of any dictatorship’ | Inquirer Lifestyle ❮ ❯ 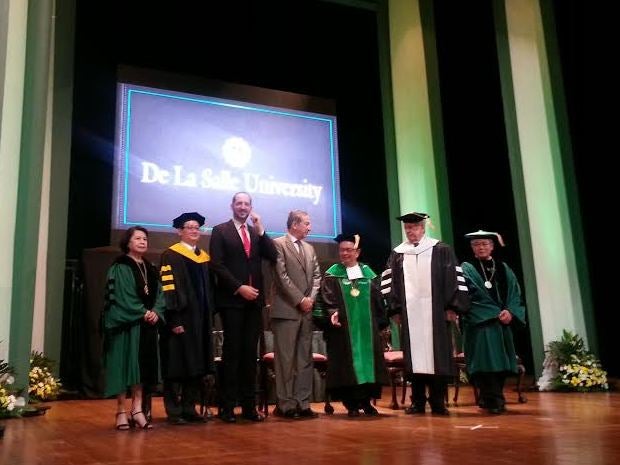 ‘Literature is the enemy of any dictatorship’

In a democratic society, the fundamental training for citizens is reading “good books that develop in us readers a kind of malice, a kind of dissatisfaction in the world as it is,” he pointed out.

Llosa, author of “The Time of the Hero,” “Conversation in the Cathedral” and “The War of the End of the World,” received the Nobel Prize in Literature in 2010 “for his cartography of structures of power and his trenchant images of the individual’s resistance, revolt and defeat.”

The Peruvian-Spanish writer said that literature imbues hope in readers to create a fair society.

“Good books develop in us a kind of natural criticism of the world as it is. Longing for the better world, better society, better institutions that would be able to create opportunities, open to all citizens, societies in which inequality will be diminished, and which there will be opportunity for everybody to materialize its dreams,” Llosa expounded.

He noted that despite differences in culture and language, all readers are challenged by the same obstacles in life. It is through literature, he said, that foreign spiritual and civic values become more accessible to readers.

At the DLSU event, Llosa received an honorary doctorate in literature. The author, who described his relationship with La Sallian brothers as “quite ancient,” recalled that he studied in La Salle schools in Peru and Bolivia.

He learned reading, which he noted as “the most important event of my life,” through a La Sallian brother named Justiniano.

“Reading, 70 years later, is still an operation—a magical operation—that enriches my life each time that I discover a book that is able to change,” he said.