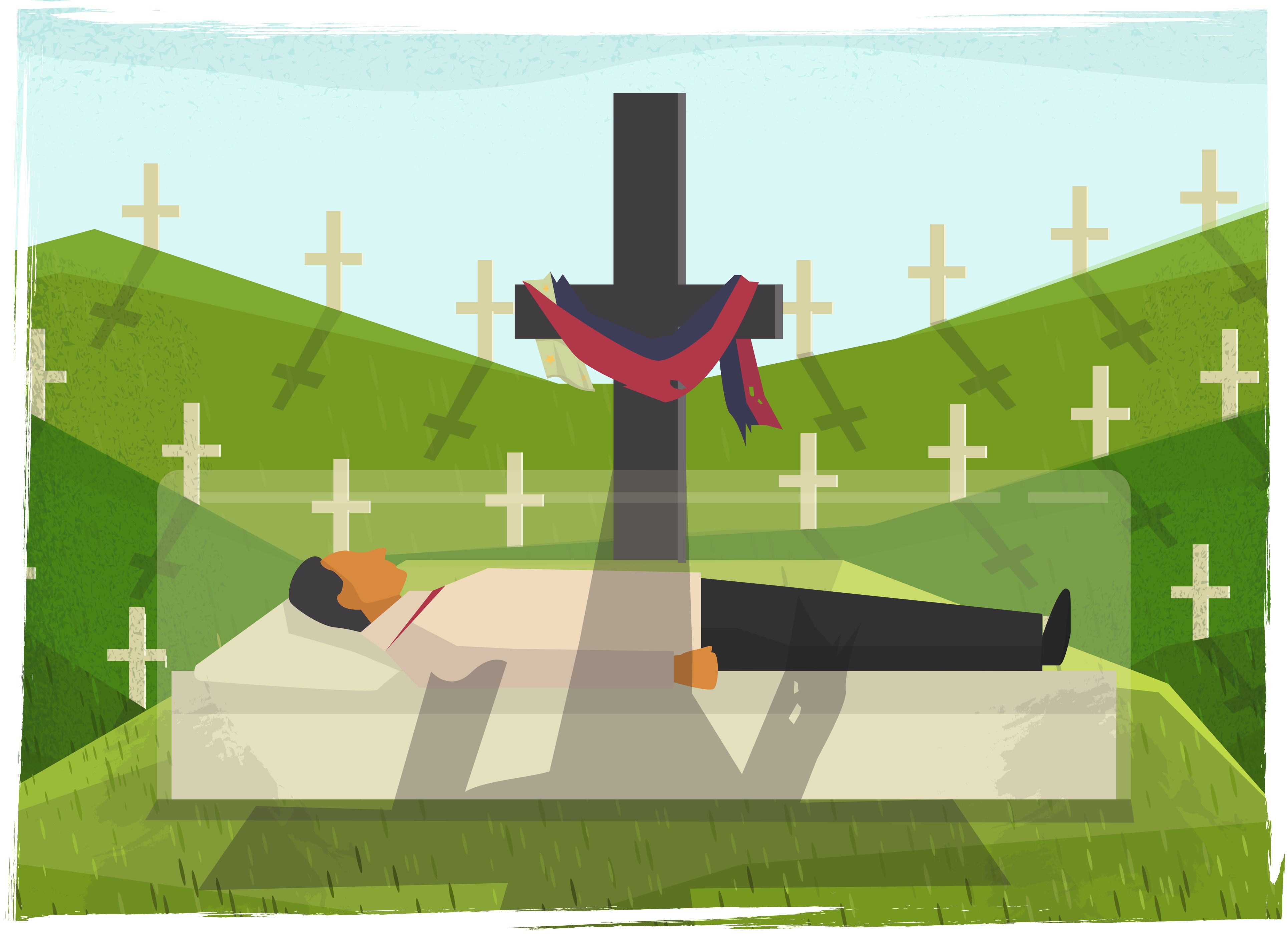 ‘Burying him there doesn’t heal wounds–it deepens them’

Voting 9-5 on Nov. 8, the Supreme Court (SC) allowed the burial of former President Ferdinand Marcos at the Libingan ng Mga Bayani. The High Court also dismissed petitions to stop the burial of the man known as a dictator and instigator of Martial Law in a final resting place normally reserved for soldiers and heroes.

While Marcos family members and loyalists rejoiced over the news, anti-Marcos groups and victims of Martial Law took to the streets and social media to protest the SC ruling.

Here are some students’ opinions regarding the results of the now controversial SC voting.

“We still stand firm in our conviction that Ferdinand Marcos should not be accorded the honor of a hero’s burial after he deprived Filipinos of their right to free speech. The atrocities he committed to members of the press are an affront to all Filipinos. Shutting down media outlets that fearlessly exposed government’s corruption and countless human rights violations ultimately robbed Filipinos of their fundamental right to know.

“The Supreme Court’s go-signal to bury the late dictator’s remains at Libingan ng Mga Bayani results in historical revisionism among Filipinos. It also belittles the suffering and sacrifices of survivors and victims of the Marcos regime.”—Consuelo Marquez, University of Santo Tomas

“It doesn’t matter what he’s done. He hurt a lot of people in his regime. Burying him there because he was a soldier or even a former President is an insult to all the people and families that are still affected by what he’s done. The contributions that his supporters use as an excuse for his greatness have also put us in debt. Evil people who do some good are still evil.” —Althea Bolaños, Integrated Montessori Center

“Using technicalities to rationalize the burial of Ferdinand Marcos in Libingan ng mga Bayani transcends reason. We are putting a dictator side by side with real patriots, and fail to honor unsung heroes. Burying him there does not heal wounds—it deepens them, proving once again that power and influence are what mobilize our justice system.” —Diane Malaso, San Beda College

“I think the SC made a bad decision in allowing the burial because in doing so, not only have these judges disrespected those who were traumatized and scarred by Martial Law, they made it seem like Marcos’ regime was one to be cherished. Allowing his burial also proves how ignorant the Philippines has become; because of this, the sacrifices of countless Filipinos will go to waste.” —Claire Cariaso, Ateneo de Manila University

“I think the judges who voted in favor of Marcos’ burial did so because there is no law that prohibits the former President from being laid to rest in Libingan ng mga Bayani. However, if what former Interior Secretary Rafael Alunan III said was true, that it was Marcos’ wish to be buried next to his mother in his hometown in Batac, Ilocos Norte, then maybe we should follow that as a form of respect to him.” —Manuel Fernandez, St. Paul University Quezon City

“Personally, it doesn’t matter where Marcos is buried because it doesn’t affect me. It won’t affect how I go to school and learn every day, it won’t affect how I live my life and it surely won’t affect the kind of person I am. In my opinion, people who are against his burial in Libingan ng Mga Bayani are very closed-minded. They continue to judge him for the things that he did—which wasn’t all bad.

“But people are entitled to their own opinions. At the end of the day, where Marcos is finally laid to rest doesn’t really define how we live our lives.” —Joshua Dulalia, San Beda College

“The families of those who suffered under Martial Law deserve better than this. I can’t even imagine their pain seeing Marcos, who’s a monster in their eyes, being honored as a hero.” —Patricia Bacani, De La Salle University

“Legality aside, the Marcos burial should not be allowed by the Supreme Court because you can’t force a nation to simply move on. President Duterte and his allies think it’s time for a “national healing” but it’s all a façade to do the Marcos family a favor. After all, Duterte was the one who promised the Marcoses the burial, not us.

“As a nation, we should not give the Marcos family the upper hand after all our efforts to overthrow them in 1986. No one has the right to say it’s time to heal and forgive the past. How can the Supreme Court favor one family over the thousands who endured pain during those dark times?”—Janine Jose, De La Salle University