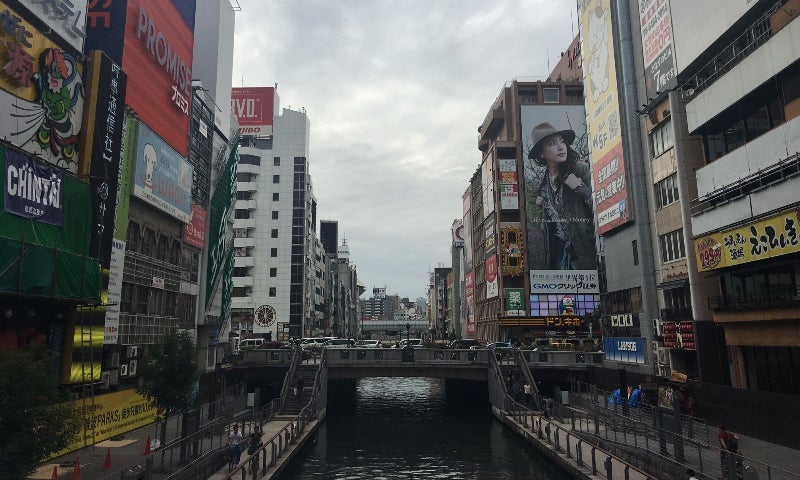 OSAKA—At the recent opening of Karaksa Hotel in this bustling city in Japan, the guests included a horde of Filipinos that unwittingly caused jitters on how clients would respond to its facilities and services.

But the debut proved to be a happy beginning; the six tour groups from the Philippines, most of them families, felt right at home in a hotel designed with the Southeast Asian traveler in mind.

It must have helped, too, that the hotel carries a familiar name: Go Hotels, the budget hotel chain owned and operated by the Gokongwei group that has been tapped as Karaksa Hotel’s exclusive marketing partner in the Philippines.

She pointed out that travel agencies made sales pitches in advance: “So, by the time we opened, we had six Filipino groups, and they were very happy because the hotel is designed for Filipinos, we have Filipino staff, and everything is comfortable for Southeast Asians.”

The Karaksa Hotel chain is the latest venture of Xymax Corporation, among Japan’s leading real estate, property and chain store management firms that entered the hotel business after finding a niche in the Southeast Asian market.

Karaksa—named after a Chinese vine pattern that symbolizes prosperity, longevity, growth and linkage—wanted to fill a gap in the Japanese hotel industry which experiences a shortage of rooms due to  the influx of tourists.

“The growth in tourist arrivals is really getting high.  Aside from the Chinese and Korean markets, the Southeast Asian market is rapidly increasing,” Barretto said.

“That’s one reason  Xymax decided that we target the Southeast Asian market. That, I think, is one area that no other travel operators have focused on,” she added.

Data from the Japan National Tourism Organization showed a 30 percent increase in the number of Filipino tourists year on year, as of February.

The rest of Southeast Asia also showed a rapid rise in tourist visits to Japan, from Singapore’s 25 percent to Vietnam’s unprecedented 80 percent, due to relaxed visa rules.

In  preparing for its new venture, Xymax was on the lookout for a partner, and found its business model compatible with Robinsons Land Corp. (RLC), one of the Philippines’ top real estate firms that also develops and operates malls and hotels.

The idea of the partnership cropped up during a business conference in Hong Kong in 2014, when a Xymax staffer came across RLC representatives.

Mori and his Xymax team  then traveled to the Philippines to formalize the partnership and check out Go Hotels, which now has 11 locations nationwide.

“This is our first partnership… We are very strong in the domestic market, so Filipino tourists can easily book now for Japan. The main purpose is to expand offerings we give to Filipinos,” said Elizabeth Gregorio, RLC general manager for Robinsons Hotels and Resorts.

Go Hotels offers the cheapest rates for Karaksa rooms on its website (www.gohotels.ph). Filipino tourists scouting for accommodations would find Karaksa’s first two hotels in Osaka and Kyoto on its list of locations.

“Filipinos might find it pricey at first, but considering the destination, it is very reasonable. It comes with breakfast, it is close to the shopping and eating areas,” said Gregorio.

The offering, in a sense, completes travel options that Filipinos may book on Gokongwei-led firms, since its airline Cebu Pacific regularly flies to Osaka.

For one, Xymax patterned the design of its hotels after Go Hotels’ minimalist yet functional approach: no single rooms, most are for sharing between two or more; adjoining units for family bookings; separate toilet and bath to maximize utility; and space-efficient implements such as a raised bed to give space for luggage.

The result: a combination of Japanese minimalist modern design and Filipino functional elegance.

Mori said Go Hotels provided an inspiration: “We sent our hotel designer to discuss, get some good ideas…”

Karaksa also offers a leisure room, a nod to Southeast Asian tourists who would usually converge in a recreation area.

Room amenities are handpicked by Xymax’s Southeast Asian staff, from the mattress and pillows to linens and toiletries.

The Karaksa Hotel chain is the first of its kind in Japan, she pointed out, with a rating of 3.5.

“This is a new concept in the hotel industry in Japan. Because usually it’s business hotels—the 3-star hotels or 4- to 5-star hotels. Karaksa is a 3.5. We don’t target business travelers, we’re really for inbound tourists. That’s the difference,” Barretto said.

The partnership is crucial because Xymax is batting for massive expansion of its hotel business across Japan, timely as the country prepares for the 2020 Olympics.

Karaksa’s 69-room Osaka branch and 36-room Kyoto branch are the smallest hotels, said Barretto, since the company is targeting 1,500 rooms by 2018, and 3,000 when the Olympiad opens.

Karaksa is set to launch three more hotels in the Kansai area, and also expand to equally tourist-rich Hokkaido and Tokyo.

For Mori, the partnership could only translate to better business for both sides.

“I think in terms of Robinsons Land’s side, sometimes it’s a good idea to use the Karaksa hotel for showing the Filipino people that Robinsons Land has also expanded its business to the Japan market. This is a very good and appropriate partnership between Robinsons Land and Xymax Corp.,” he said.