If the crown fits … | Inquirer Lifestyle 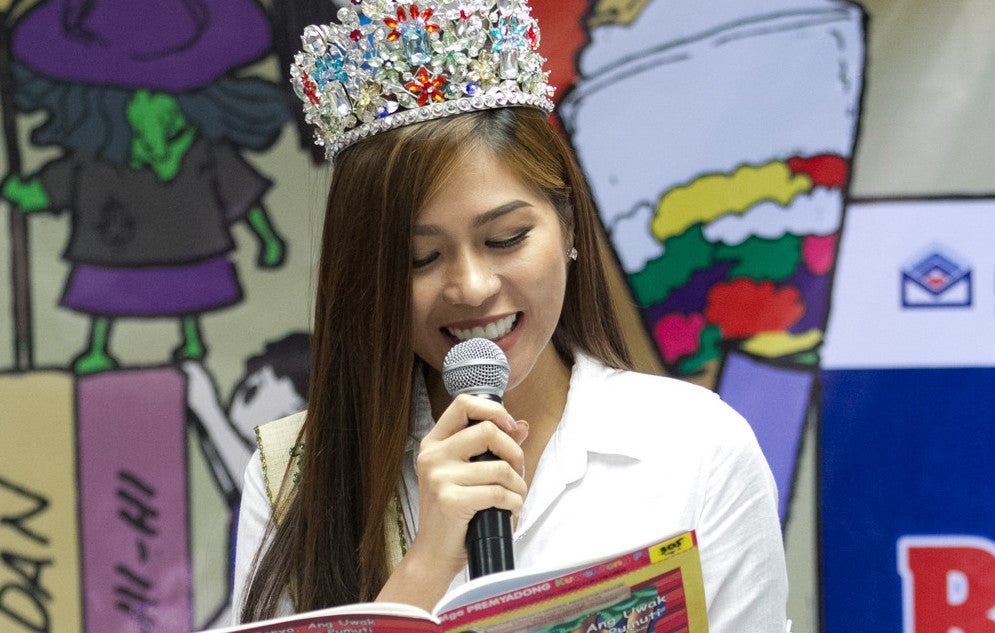 If the crown fits …

She was at home and nursing a cold that she must have caught during a tree planting activity in Benguet with other Miss Earth candidates when Miss Philippines-Water Loren Artajos heard the news from Carousel Productions EVP Lorraine Schuck.

She was now the new Miss Philippines-Earth, Artajos was told, after original titleholder Imelda Bautista Schweighart resigned following a nasty controversy over the gown worn in the finals by 2016 Miss Earth Katherine Espin from Ecuador.

In scathing remarks that went viral online, Schweighart said her competition gown was taken out of her dressing room and given to Espin. She had to wear a spare gown lent her by Miss Guam, Schweighart added.

“It was my gown. (Designer Leo Almodal) made it for me. He wrote on the sketch that it was ‘for Imelda Schweighart’ and it was patterned after Artemis,” she explained.  Schweighart later clarified that the remarks were made “in the heat of the moment” and that she did not know she was being videotaped.

Schweighart missed the semifinals in the international pageant founded in the Philippines that saw Filipino beauty queens make the mark except on three occasions.

In an earlier interview, Schuck said Miss Philippines-Air Kiara Giel Gregorio should have automatically taken over the title after Schweighart’s resignation, but she was in school in London on a scholarship.

She didn’t mind being third choice, the 26-year-old Artajos said. “I was just waiting because I was in line for succession, but whatever the decision was, I’d respect it. Whether the crown lands on my head or on Kiara’s, it was okay with me.”

Tact and diplomacy seem to be this Nursing graduate’s strong points, or could she have learned from the dire consequences of Schweighart’s intemperate words?

Asked how it felt to finally have the crown, she said:  “I’m happy of course, but it would’ve been sweeter if I got it during the (actual) coronation night.”

She was “shocked” about Schweighart’s resignation, said Artajos who, however, was quick to defend the erstwhile beauty queen.  The controversy must have erupted because “there was a lot of pressure on her because of the country’s back-to-back wins and because we were hosting the contest.”

The Philippines won the title in 2014 and 2015, courtesy of Jamie Herrell and Angelia Ong, respectively.

Artajos added: “I saw that Schweighart was enjoying and having fun during the past Miss Earth events, (but) I noticed that she was feeling the (burden) on her shoulders.”

She’s “a strong person,” Artajos said of Schweighart.  “I don’t know if it was the (online) bashing or the competition itself that gave her a problem, but she was pretty much confident (during the pageant).”

She had yet to reach out to the former beauty queen, the new Miss Philippines-Earth said.  “The way I see it, I should give her enough time and space to heal and to let the issue settle down. When the right time comes, I will comfort her. She was one of  the candidates I was with before the Miss Earth competition.”

They had met at the Carousel mansion, she explained, where she found Schweighart to be “a happy person who initiates conversations with the other candidates.”

Now that she has become the country’s official representative in the Miss Earth pageant, Artajos vowed to use the title “to push (her) advocacy regarding renewable energy.”

She added: “Coming from Ilocos, which is home to the giant windmills, I myself am reaping the benefit of using renewable energy…It helps boost tourism in the area and gives free electricity to the towns nearby.”

Artajos plans to use social media to inform people about climate change. “Social media is very helpful and I see it as the best way to reach people of all ages because almost everyone is using the Internet, even the kids.”

The new Miss Philippines-Earth, who started her reign by reading to the kids at the Inquirer Read-Along Festival on Friday a story on true beauty, considers President Duterte’s decision to ratify the Paris Agreement on climate change a good sign.

It augurs well for the country which is vulnerable to the effects of climate change, she said. It’s also just fitting that the country—where the Miss Earth competition was founded—should be on the frontlines of protecting the earth, she added.