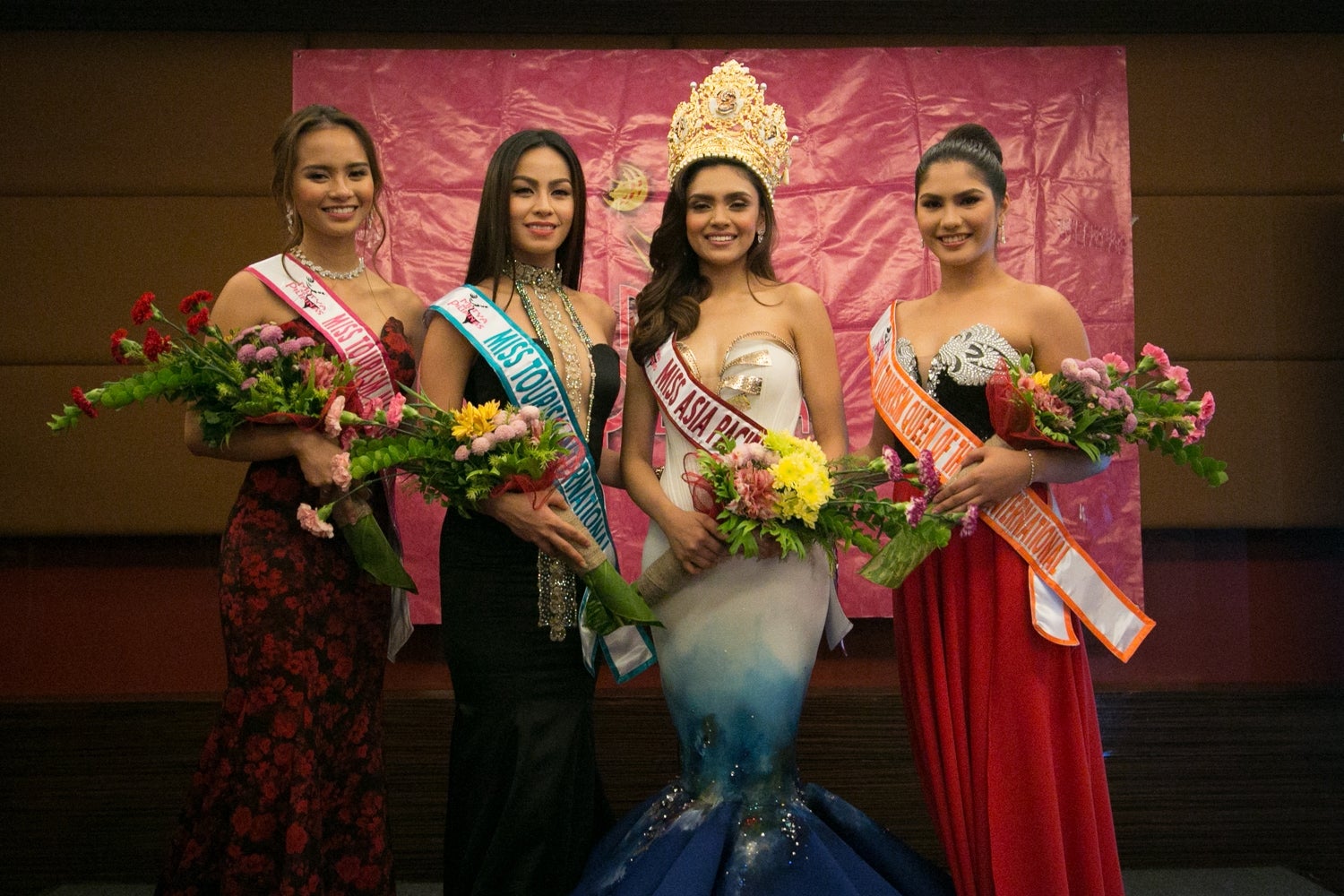 The last two months of the year will be “toxic” for pageant aficionados, especially Filipinos, as four Mutya ng Pilipinas queens embark on their respective quests for international recognition.

During a press conference held at the Crowne Plaza Galleria, the Mutya ng Pilipinas presented the country’s representatives to four global tilts which will be held in different parts of Asia.

First to compete is Janela Joy Cuaton, who has been waiting for her turn to take the international stage since winning the national crown last year.

The Dubai-based model will compete in the Miss Tourism Metropolitan International pageant in Cambodia on Nov. 18.

This used to be a subsidiary title in the Miss Tourism International contest in Malaysia, but the organizers decided to conduct a separate competition. Filipino beauty Barbie Salvador received this title in 2010.

But if Janela had an extended period of uncertainty, this year’s second runner up Ashley Nicole Singh got a surprising assignment.

Nicole was informed only two days before the press conference about her participation in the Miss Tourism Queen of the Year International in China on Dec. 18.

Eva Patalinjug, 2014 Mutya ng Pilipinas winner, was supposed to compete. But she begged off because of “personal reasons.”

Nicole will now try to secure a back-to-back victory for the Philippines after Leren Mae Bautista bagged the title last year.

Another beauty facing immense pressure is Justine Mae San Jose, who is coming on the heels of her predecessors’ outstanding finishes in the Miss Tourism International pageant in Malaysia on Dec. 31.

But perhaps the heaviest pressure lies on the shoulders of Ganiel Akrisha Krishnan, the runaway winner in this year’s national tilt who also bagged the lion’s share of special awards.

She will take part in the revival edition of the Miss Asia Pacific International pageant, the oldest international contest based in Asia, in front of her compatriots. The finals will take place at the Sheridan Beach Resort and Spa in Puerto Princesa City in Palawan on Nov. 23.

Ganiel, a courtside reporter for S+A channel who is currently studying at the Far Eastern University, will try to sustain the country’s impressive record in the Philippine-based competition, and to duplicate the triumphant finishes of Inez Zaragoza (1982) Gloria Dimayacyac  (1983) Lorna Legaspi (1989) and Michelle Aldana (1993).

The Philippine Daily Inquirer is a media partner for both the 2016 Mutya ng Pilipinas and 2016 Miss Asia Pacific International pageants.