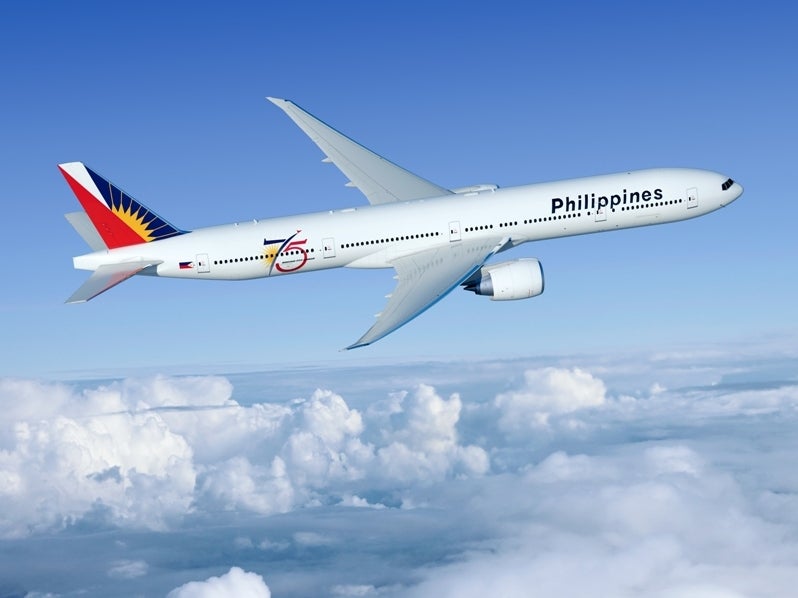 EVERETT, WASHINGTON—The mood was celebratory when Philippine Airlines (PAL) executives, along with journalists, boarded the flag carrier’s brand-new Boeing 777 on its flight home to Manila on Oct. 28.

After all, it’s not every day you get to witness the delivery of the world’s biggest twin-engine long-range plane—and actually board it on its maiden flight some 5,600 miles (9,012 kilometers) across the Pacific.

“I hope we will have a very enjoyable experience flying on this plane,” said a beaming Jaime Bautista, PAL president and chief operating officer, who led some 40 PAL executives and media members as the plane’s very first passengers.

With its luxurious cabin amenities and state-of-the-art entertainment, the new 777 would hopefully elevate PAL into a five-star airline.

“I’m sure our passengers will love this airplane because the 777 has proven to be the best aircraft for trans-Pacific operations,” Bautista said. On Nov. 2, it made its first commercial flight to Vancouver.

PAL Senior Vice President Siegfred Mison noted the lucky 7’s—it will be PAL’s seventh 777, bringing its fleet to 79 on its 75th  year.

She assured us that the new plane was not flying for the first time; it went on a test flight around the Seattle area. A four-member flight crew led by Capt. James Conner had been in Seattle for weeks in preparation for the flight.

Capt. Manuel Antonio Tamayo—who flew Pope Francis to Rome at the end of the Pontiff’s historic visit to Manila in January 2015—was also on board, this time to do his job as official of the Civil Aviation Authority of the Philippines.

As we were ushered into the plane, calm hues of beige  and blue greeted us in the business class section.

The 370-seat twin aisle plane has 42 business class seats and 328 economy seats, in the same configuration as PAL’s six other 777s. This new plane, we were told, has bigger legroom and the latest Panasonic eX3 in-flight entertainment.

And yes, they have slippers on board, in addition to fluffier pillows with the PAL logo in gold monogram.

“We have a seat chat,” Chingcuangco said as he demonstrated how to send messages to another passenger on the 18.5-inch touchscreen.

Because space and privacy are premium for business class, the main attraction here is the new 100-percent lie-flat seat, which converts into a full flat bed with a longer pitch of 78 inches. There are retractable dividers you can pull for more privacy.

As if all that personal space is not enough, there’s even an ottoman, in attractive blue leather cover, at the foot of the seat. That’s more room for personal items you want handy. Or it can be a bed extension.

The wall partitions, she said, were in light shades and wavy patterns reminiscent of the country’s sandy beaches. The blue carpet was adorned with banig (woven mat) pattern.

Paz said top-of-the-line chameleon fabric was used for the seats, which gives the illusion of changing blue, green and orange colors.

“For the business class, we wanted our passengers to feel the ambiance of exclusivity and premium,” said Ian San Gabriel, PAL corporate marketing manager.

And yet, Paz said the economy section is not far behind in look and feel. The seats have a 34-inch pitch, longer by an inch than those in older planes, and can recline by six inches.

As in business class, economy seats have touch-screen seat-back monitors. The 11.1-inch monitors in economy can be
tilted for more comfortable viewing.

An extra touch for economy is the coat hanger near the monitor, as well as the armrest you can pull up for easier row exit.

“We want our passengers to enjoy the comfort, entertainment, hot meals and of course the warm hospitality of our cabin crew,” Paz said. “Everything revolves around the brand equity ‘the heart of the Filipino.’”

A few hours earlier, officials of Boeing and Intrepid Aviation, which leased the airplane to PAL, led the turnover and blessing at the Everett Delivery Center, part of Boeing’s sprawling 415-hectare plant in the US northwest, which churns out thousands of wide-body airplanes such as the 777.

The delivery was auspicious for both companies—PAL is celebrating its 75th anniversary and Boeing its 100th, and between them is a partnership as long as PAL’s existence.

In 1946, PAL used a DC 4 to fly 40 American servicemen to California (on a 48-hour flight!), making it the first Asian airline to fly across the Pacific.

The decades of goodwill were evident, as Boeing gave a red-carpet reception to PAL, and no amount of anti-US rhetoric from President Duterte is likely to make a dent on the partnership.

“We’re committed to stick with you for the next 75 years,” Jeffrey Haber, Boeing regional director, said while raising his wine glass for a toast.

Christian Hartshorn, sales director, said they never fail to get a “Wow!” whenever they delivered a 777. “Here’s your Triple Seven, and she’s beautiful,” Hartshorn said as he showed the new plane.

“This is a fantastic airplane and we’re proud to deliver it to you today,” Brad Zaback, Boeing vice president said at the ceremony.

By fantastic, Zadack refers to the 777’s specs: the most preferred twin-aisle airplane of all time, outselling its Airbus competitor 4 to 1—with 1,891 ordered as of September this year, and 1,320 in use by 68 airlines. It can fly longer (up to 14,900 kms), carry more cargo (equivalent to 1,200 balikbayan boxes), is 2 percent more fuel-efficient, and powered by the world’s most powerful engine, a GE90-115B.

All that advanced Boeing engineering seemed to work perfectly as the plane quietly cruised for the 13-hour flight from Washington to Manila.

Since it was not a commercial flight, meals and drinks were served on plastic ware. But who cares? This was a historic moment, and Bautista was soon celebrating the milestone with everyone on board, sipping wine as we savored riding home in a $250-million megaplane.