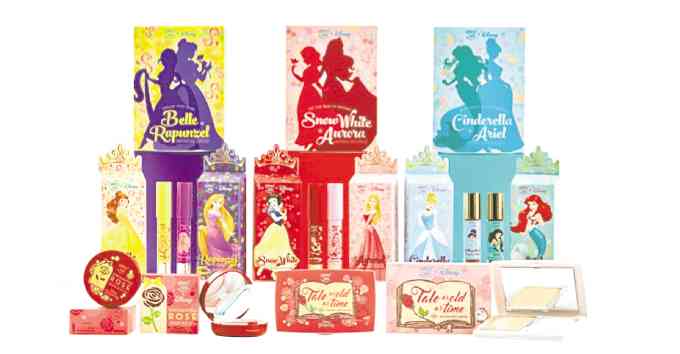 Fans of Disney will go crazy over this makeup collaboration with Happy Skin.

A makeup collection fit for a princess

Anyone who grew up on Disney movies can not only identify all the Disney princesses in order, they can quickly answer which princess they’ve pledged allegiance to. For the water babies with a penchant for collecting shiny things, it’s usually Ariel; for bookworms, it’s instantly (and only) Belle; for Lea Salonga fans, it’s a toss-up between Jasmine and Mulan.

So when homegrown beauty brand Happy Skin dropped its makeup collection featuring the Disney princesses, everyone lost their minds. It’s a huge deal, both for Disney fans and for Happy Skin as this is their first collaboration with a global brand, and Disney at that.

According to cofounder Jacqe Yuengtian-Gutierrez, Disney approached Happy Skin last February about the collaboration. It took both companies eight months to finalize all designs and to secure approval for the beauty brand’s factories (Disney requires ISO certifications and a safety audit for all factories producing Disney products).

Disney is very protective of their brand and its numerous assets; they’re very selective with their collaborators, something Happy Skin cofounder Rissa Mananquil-Trillo confirms. “The creative style guide was very extensive—over 50GB of files to be exact, and that was just for the princesses! The Walt Disney Company Philippines and their regional office in Singapore approved everything you see—from the princesses’ poses, every sparkle design on the box, and even down to the last word written (on the materials),” she says.

The limited-edition collection features 14 different makeup products: eight lip colors in different textures and finishes, one shade each to represent eight different Disney princesses; two shades of sheer blush, and two shades of brightening powder foundation in two different types of cases (Tale As Old As Time, for “Beauty and the Beast” fans and Let It Glow for “Frozen” fans). The lippies also come in prettily packaged sets of two, paired according to texture (naturally, sisters Elsa and Anna comprise one set).

Selecting which princess would be included in the collection was not an easy task, but in the end, they chose Disney Princesses from different decades that resonated the most among Filipino women. Adds Rissa, “The thrust of the campaign is not to highlight pretty gowns and crowns, or even Prince Charming, but rather the different virtues that each princess possesses—hard work, kindness, courage, curiosity, creativity, passion and family love. It’s not just about wearing the product and looking beautiful. The collection is about chasing your dreams, embracing who you are, and celebrating the princess in you.”

Rissa’s personal favorites from the collection are the Aurora and Belle moisturizing lippies. “These are no-brainer, dependable lippies that can take you from day to night and go with any outfit you choose.” Jacqe, meanwhile, is a Belle plus Ariel girl. “I think Belle is your everyday go-to lippie and Ariel is something I can wear on date nights. I’m also addicted to the Enchanted Rose mesh blush in Pink. It gives a natural rosy glow that you can’t achieve with a powder blush.”

The collection is selling faster than they had expected. Four days’ worth of stock was wiped out during pre-selling at Zalora, so make sure you head to a Happy Skin boutique or buy online at www.happyskincosmetics.com before the Disney princesses dance away into the night.

Check out the collection: 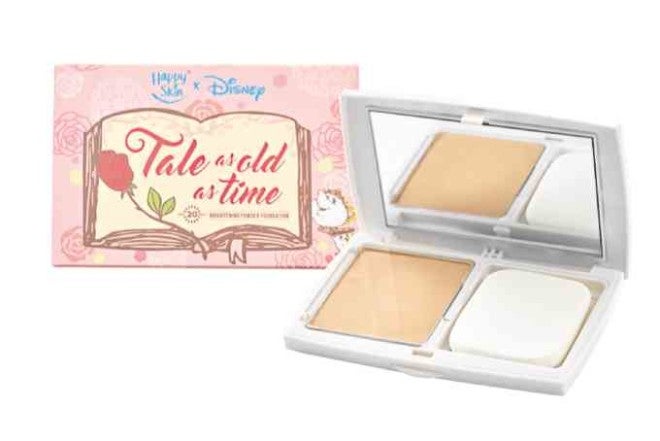 “Luminous skin is a huge trend and this is the perfect product to combat dull, tired and lackluster skin.”–Rissa

This creamy, sheer, liquid blush is dispensed via a fine mesh to ensure streak-free and natural application all the time.

Described as a “mauve hue.”

Described as a “rose hue.”

Described as a “mauve” shade.

Described as a “red wine” shade.

Described as a “deep plum hue,” we think this shade is patterned after Elsa’s transformation post “Let It Go.”

Described as a “toasted cherry hue.”