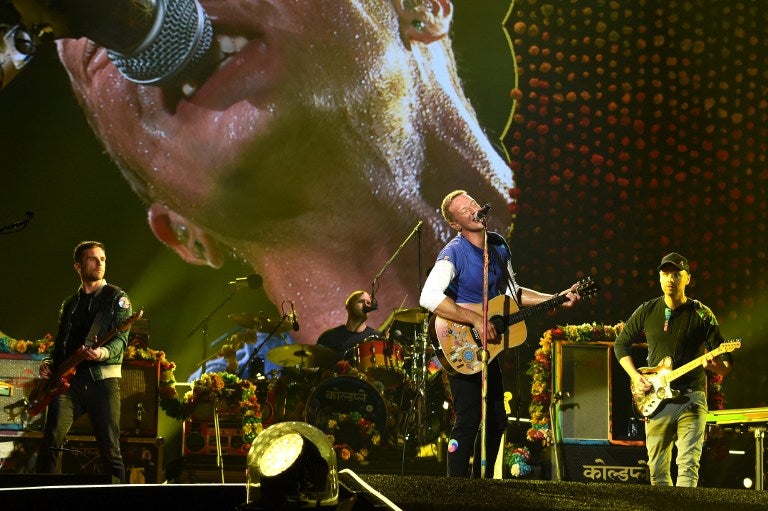 Much ado about Coldplay ticket prices

The fuss about how expensive tickets are to the Coldplay concert on April 4, 2017, at the SM Mall of Asia (MOA) open grounds is overblown.

There’s so much ado, especially on social media, where all sorts of memes have sprouted, not only for laughs, but also in an apparent effort to cash in on the trending topic.

Surely this is not the first time that the Manila leg of a major international act’s tour comes at a high cost.

It goes without saying that the talent fees of these artists, not to mention the total production cost to mount the concert, don’t come cheap. And Coldplay is no exception.

As for the argument that it’s cheaper to catch the band’s Singapore or South Korea dates, we asked MMI (Music Management International), Coldplay’s Manila promoter, to comment. Here’s the full text of MMI legal counsel and spokesperson Jojo Allado reply:

“Promoters in other countries, like for example, Singapore, are given some form of government subsidy because concerts promote tourism. These subsidies are given in the form of cash sponsorships, free or discounted rental of venues, or tax breaks to offset ticket prices.

“Concert venues in the Philippines are small. The Singapore venue’s capacity is 46,000 compared to the MOA open grounds which can accommodate only 25,000.

“Some artists get bonuses when they reach a certain number of tickets sold.

“There are artists who require a revenue share on sponsorships given to local promoters. This affects the computation of ticket prices.”

Even so, the latest news is that the first of three presale dates for tickets to Coldplay’s MOA concert sold out quickly.

On Nov. 18, MMI announced that subscribers of Globe Telecom, the concert’s main sponsor, had first crack, and wiped out 8,000 tickets in six minutes.

The second batch of ticket presale is on Nov. 21 and 22 for Citi cardholders, while the third day on Nov. 24 is for the general public.

If those succeeding presale dates generate more or less similar figures as the first date, then Coldplay’s Manila show would really be sold out—five months before concert day.