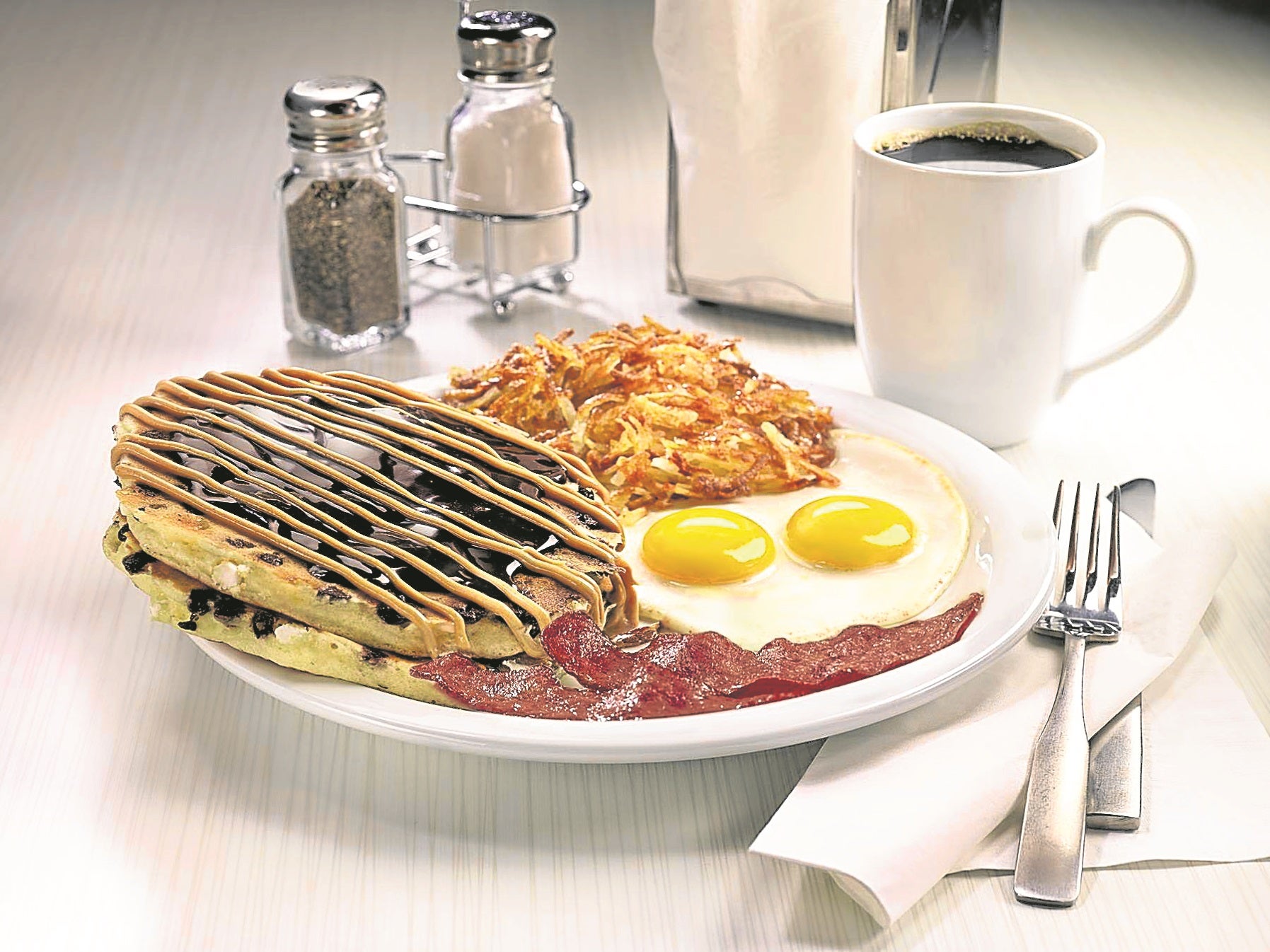 Now that the first Denny’s branch at Uptown Parade in BGC is open, fans of the popular American diner can have their fill of breakfast fare any time, as the flagship store is open 24 hours a day.

The menu is almost identical to the one in the US branches although local partners, The Bistro Group, opted to come up with their own “skillet meals” as well as Pinoy comfort food like Arroz Caldo, Bistek Tagalog and Lucban longganisa. A selection of the latter was only available in the US territory of Guam until now.

“Since we opened in October, one of our most popular items has been the fried bangus belly,” said assistant vice president for marketing Liza Ronquillo. “Our US partners were also surprised because in the US, most of the visible fat from beef, pork and chicken is trimmed and discarded. That’s why our corned beef is tastier; the flavor is in the fat.”

A second branch is set to open before the end of the year in Santa Rosa, Laguna. The Bistro Group plans to open 10 Denny’s branches in as many years throughout the country.

“Denny’s is the largest family-dining chain across the globe, and we are excited to add the Philippines to the list of international destinations,” said Steve Dunn, Denny’s senior vice president for global development.