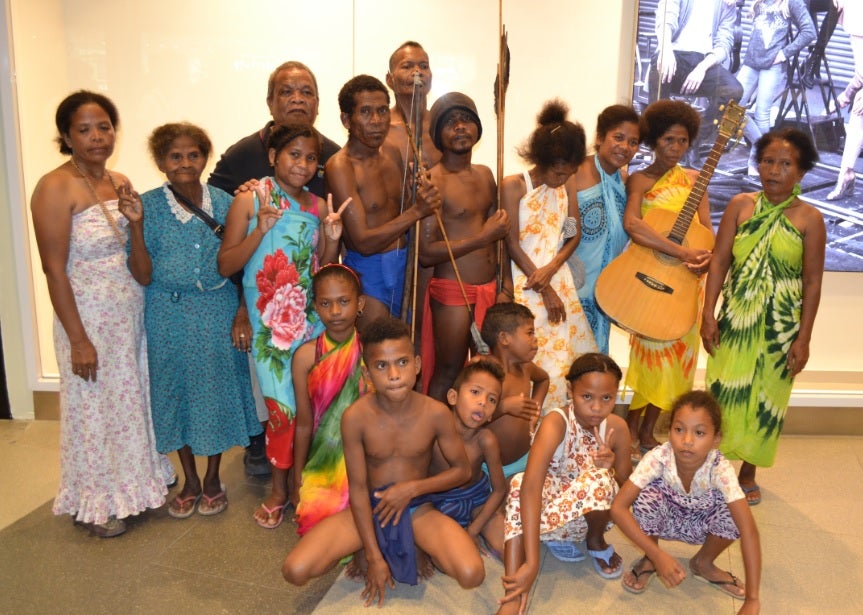 An Aeta group from Tarlac province expressed their rediscovered sense of pride in identity after participating in the recently concluded Piyestang Luzon in Angeles City, Pampanga.

The Ayta Mag-antsi group of Barangay Santo Niño in Bamban town, which performed a courtship dance ritual, was one of 10 groups that took part in the two-day event organized by Arte Bulakenyo Foundation Inc. (Abfi) with the cooperation of the National Commission for Culture and the Arts (NCCA).

Loida Punzalan said they felt touched and very thankful they were invited to the event, which had them realize their importance in society.

“Now people would know that the Ayta Mag-antsi of Bamban, Tarlac exists, and that Aetas should not be belittled since we are also smart,” she said, and added the katutubo or indigenous people should not be sidelined but should be proud of their identity.

Arte Bulakenyo aims to present a culture-based festival of the various festivities in Luzon. It intends to advance cultural awareness, sensitivity, and the promotion of Luzon’s rich cultural heritage through forums, culinary exhibitions, demonstration of traditional healing methods, indigenous games, fashion shows of traditional attires given a modern twist.

José Clemente of Abfi said the celebration was one of the government’s most important activities promoting Luzon’s festivals.

Traditional Kapampangan cuisine expert Lillian Borromeo, who demonstrated how to make Pampanga cookies, said she was elated to present some of the dying culinary traditions of the province before a student-audience.

She suggested more students should be invited to future events for them to know old and contemporary cuisines so they could learn the values of the culinary traditions of the past.

Borromeo said many Pampanga recipes were lost when the province was buried by lahar from the Mt. Pinatubo eruption in 1991.

She researched some of these recipes, which have been included in her book “Atching Lillian’s Heirloom Recipes: Romancing the Past through Traditional Calutung Capampangan,” published by Holy Angel University’s Center for Kapampangan Studies in 2011.