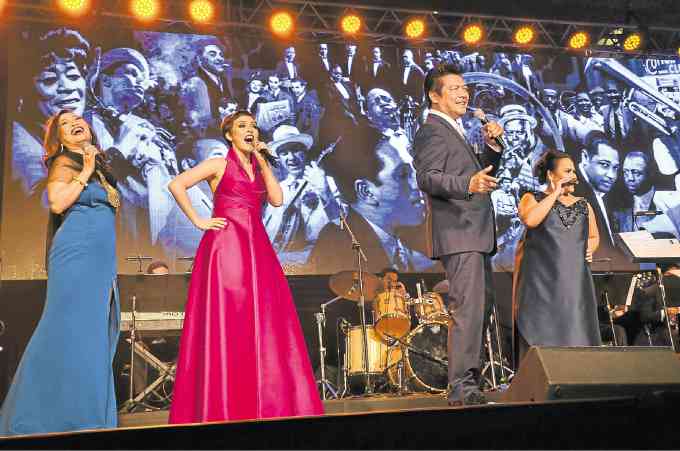 As a way of saying “thank you” to loyal Cardmembers, American Express celebrated 100 years in the Philippines with an unforgettable gala that featured pop and jazz renditions by Filipino and Japanese musicians at the Forbes Ballroom of the Conrad Manila Hotel last October 8.

“The 100 Years of American Express Gala is a grand celebration befitting the prestige and prominence that American Express is known for. Organized specifically for American Express Cardmembers, this night is our way of giving back to them, as well as our partners, for their continued patronage throughout the years,” shares Rolando C. Tanchanco, BDO Executive Vice President and Consumer Lending Group Head.

The series of serenades, dubbed “Pop M eets Big Band Jazz – 100 Years of American Express Gala”, was American Express’ throwback to the decades of serving both consumer and commercial customers through a handpicked selection of songs and numbers re-arranged in jazz that mixed memories and “modern moments” to reflect the evolution of banking service along with customers’ tastes.

American Express opened its first Asia office in Manila at 36 Escolta on January 15, 1916 in recognition of the significant presence of travelers needing commercial banking services, including foreign exchange services.

Those early years in the country were remembered through the fresh and rebellious tones of George Gershwin, Louis Armstrong, Duke Ellington and Ella Fitzgerald with songs like “Birth Of The Blues,” “I Wanna Be Loved By You,” “All That Jazz,” “The Entertainer” and “Dixieland.”

In the 1930’s, American Express moved to the iconic Insular Life Building in Plaza Morga in Binondo, and later, to its post-war address at the Beaux-Arts inspired El Hogar Filipino Building along Calle Juan Luna.

Those post-war years were recalled in tunes like “Moonlight Serenade,” “Too Close For Comfort,” “Someone To Watch Over Me,” “I’ve Got You Under My Skin,” and “Perfidia.”

From 1955 to 1962, American Express operated at the Nakpil-designed National Press Club Building on Magallanes Drive and subsequently moved to the Philamlife Building on United Nations Avenue.

American Express relived the modern pop of the 1960’s and 1970’s with songs by Aretha Franklin, Elvis Presley, Sarah Vaughn, Sergio Mendes, Chick Corea and a number of Motown artists.

By the 1980’s, all of American Express’ travel operations moved to Makati City at the ACE Building at the corner of Rada and Dela Rosa Streets. 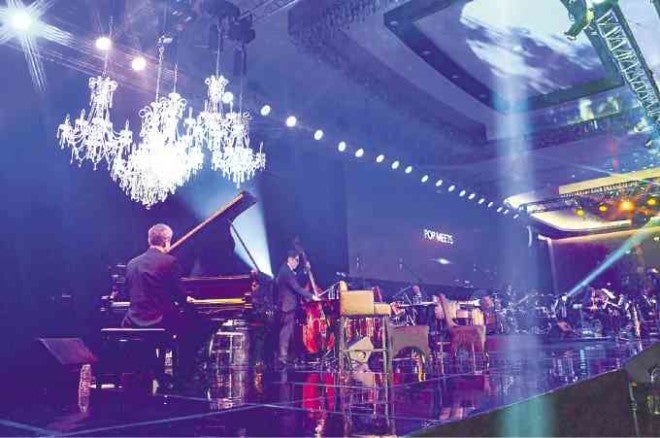 In 1984, American Express introduced the elite Platinum Card offered to select elite clients. Observers tagged it “the ultimate plastic” for its exclusive benefits ranging from access to membership-only luxury clubs to luxury services at ther world’s most prestigious hotels and resorts.

By that time, jazz had joined ranks of other current music trends that reflected a New Wave sound through songs by Billy Joel, Lou Rawls, Wynton Marsalis, Michael Jackson and Michael Bublé.

It was in 1999 when American Express introduced the Platinum Card to the Philippine market. Today it continues to evolve with the changing luxury marketplace, making it one of the most desired cards in the world.

At the turn of the 21 st century, jazz had become so fluid that any contemporary piece by an artist could be adapted into a more fun and spontaneous interpretation through jazz.

“From starting off as a homely delivery service, to a now renowned global brand, American Express has evolved and innovated. We have remained relevant because we are consistently driven to put the customer front and center in everything that we do,” shares YC Koh, President, Asia, American Express International, Inc.

Looking into the future beyond this centennial year, Cardmembers can expect more from American Express —locally and worldwide. “There are so many aspects we can tap into. We remain committed and confident,” says Koh.

The memorable event was hosted by Paolo Bediones.