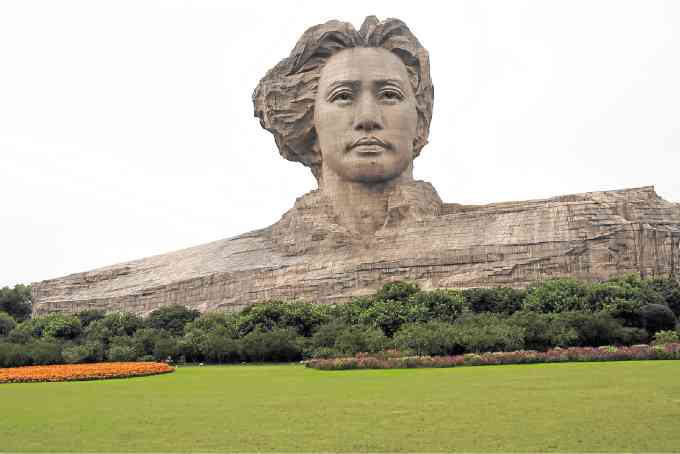 China—in the eyes of Filipino lawmakers

Agbiag is an Ilocano word that signifies life and good health. It is also the name of the partylist whose vision is to be an avenue for livelihood opportunities, especially in agriculture, for a more prosperous Philippines.

Agbiag Partylist Rep. Michelle Antonio recently had the opportunity to join other legislators led by Sen. Cynthia Villar on a working trip to China. The sponsored trip was facilitated through the office of Chinese Ambassador to the Philippines Zhao Jianhua.

Antonio reflects on the trip: “I am confident that our renewed friendship with China will bring in trade investments, aid, loans and assistance that will benefit the economy.

“It is a good move to befriend our neighbor and pursue things that are beneficial to both China and the Philippines. We were able to see, observe and learn from China’s major programs and projects, such as poverty reduction, modern transport system, infrastructure, education and agriculture.”

‘One of the great dramas’

Batangas 4th District Rep. Lianda B. Bolilia, who was part of the entourage, adds: “China’s rise is undoubtedly one of the great dramas of the 21st century. Its economic growth through its trade and foreign investments has produced a trade surplus of hundreds of billions of dollars. Its remarkable economic growth and active diplomacy has expanded its sphere of influence beyond East Asia.

“China’s soft power and its translation into policy instruments involve the use of development aid, investment, culture and skilled diplomacy. Its diplomacy highlights the principle of nonintervention in internal affairs.

“For Chinese leaders, they insist that China is on the road to peaceful development, working for a peaceful, harmonious world, not seeking hegemony and not threatening anyone. It is important that China is integrated into a peaceful world system through economic and diplomatic engagement and a web of normative obligations.”

Bolilia is optimistic that “the warming of Philippine-Sino relations and its concomitant economic interdependence will push the two neighbors to greater cooperation,” believing that the two countries will have a strong interest in avoiding conflict and preserving peace in the South China Sea. China’s warm welcome of President Duterte during his state visit was clearly an indication that it has a strong interest in peace and cooperation.

“President Duterte’s strategic partnership with China will help accelerate our economic and infrastructure development including tourism (there are at least 100 million Chinese international travelers annually) and agriculture,” says Bolilia. “It is important that we expand our partnerships with other nations aside from our traditional allies, with our national interest as the primary starting point.”

Camarines Sur 5th District Rep. Salvio Fortuno says: “I am impressed with China’s progress attributed to its reduction of population via the one-child policy and party discipline of the Communist Party. I think strengthening ties with China without severing ties with United States and Europe will be beneficial to everyone. Peace should reign supreme.”

Baguio Rep. Mark Go says: “On a macro level, China’s current political and economic state is brought about by an effective centralized planning system, primarily driven by its strong political party. The direction and plans of the party are carried to the lower government unit.

“A case in point is China’s zero poverty target in 2020 and making it a modernized country in 2050. The direction is conceptualized and decided at the higher level and cascaded to the entire country with specific parameters and key result areas to measure. It is an effective approach.

“I also find China’s development plan for women comprehensive and complete as it covers the entire spectrum of development. This plan includes health, education, economy, participation in governance, social security, environment and laws. Fundamentally, this development plan brings to the fore the best in women in their society. This is an effective approach to reducing poverty and at the same time improving China’s productivity. This is something that we can consider adapting for the Philippines.”

Go adds that he thinks China is opening its doors on a massive scale to the rest of the world to take advantage of the global market. “As such, I expect to see in the next few years a shift in its foreign policy that will establish stronger and/or closer ties culturally, socially and economically with other countries.

“China has embarked on a two-child policy since October 2015 to help address its aging population issue. This, I believe, works for them. As a matter of fact, my impression is that the Chinese feel that this is an improvement from its earlier one-child policy.”

The question is, will this work in the Philippines?

“I don’t think so,” says Go. “Our culture, social system and upbringing are different. People will decide on the size of their families but our country’s current program on responsible parenthood should be strengthened.” —CONTRIBUTED