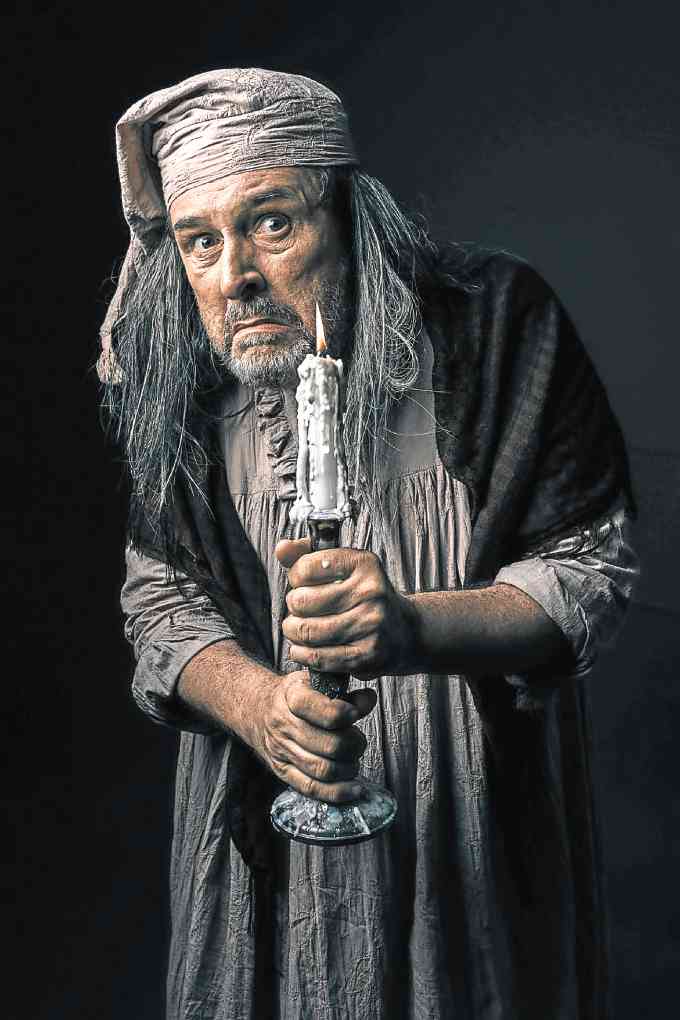 In BGC, an open-air ‘A Christmas Carol’ starting tonight

9 Works Theatrical’s “A Christmas Carol”—the classic story of stingy Ebenezer Scrooge and how he changes for the better after being visited by three Christmas ghosts—opens tonight and runs until Dec. 25 at Globe Iconic Store, Bonifacio High Street Amphitheater, Bonifacio Global City (BGC), Taguig.

That’s the same open-air space where 9 Works presented the punk-rock musical “American Idiot” as a live concert experience several months ago, in collaboration with Globe.

This version of “A Christmas Carol” features the music of Alan Menken (“Beauty and the Beast,” “The Little Mermaid,” “Little Shop of Horrors,” “Pocahontas,” “Hercules,” “Tangled”) and lyrics by Lynn Ahrens (“Once on This Island,” “Anastasia”).

Playing the Ghost of Christmas Future is Ela Lisondra, who is marking her first Christmas back in the Philippines after eight years of performing in various productions around the world, most recently in “Miss Saigon” in London.

What is she most looking forward to this holiday season?

“The hamonado,” she says. “Kidding aside, it’s being with my family.”

Lisondra was also part of “American Idiot.” Before that, she spent the past two years playing Miss Everyone Else in “Miss Saigon”—that is, she was one of the production’s two female swings, someone who takes the place of absentees.

She had to learn 10 female roles—Gigi’s (the role originated by Isay Alvarez) plus ensemble bits, and even a few male roles. She had to be ready to do any one of them (or several) on any given show.

“Nobody understands how terrifying it is to get a few hours’ notice that you’ll be on for another role. You think to yourself, ‘Shoot! What does she do again?’” she says.

“I had to remember that role’s lines, harmony, costumes, props, hairstyle, entrances and exits, the quick [costume] changes and who the dresser was. Backstage, where do I sit? Onstage, who is my GI and where is my spotlight? What’s my back story for this particular role?”

Prior to “Miss Saigon,” she honed her chops as a performer in Disneyland Paris and Hong Kong Disneyland in shows like “Mulan,” “The Lion King” and “High School Musical: Live!”

Lisondra says these experiences, plus the “Miss Saigon” boot camp of sorts, has only made her hungry for more.

“Being a late bloomer, I still need to learn and experience more theater. Being home in the Philippines gives me that opportunity. Performing in my home country feels good.”

Now that she’s back, “I’m happy to break the chain of working on Christmas day,” says Lisondra.

“Wait, no, I’m working pala on Christmas this year!”