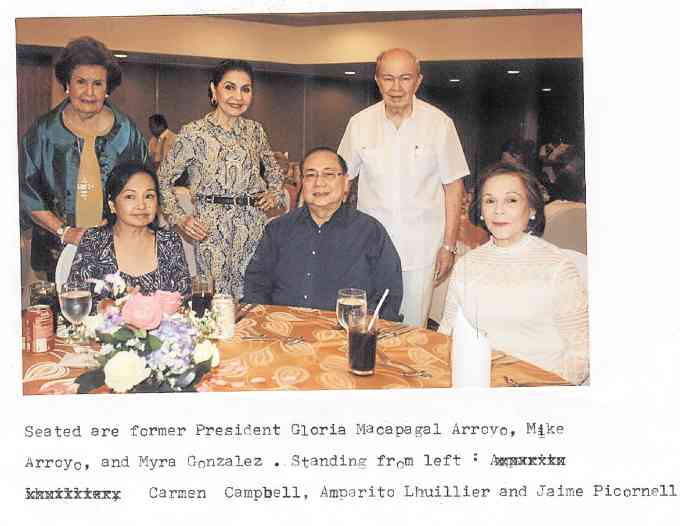 Gloria Macapagal-Arroyo flies in for lunch 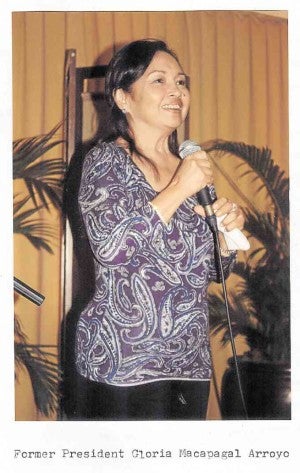 Active member Carmen Campbell had been greatly instrumental in inviting Macapagal-Arroyo, who had scheduled a visit to Cebu to meet with old friends and supporters.

Macapagal-Arroyo was asked to say a few words in Spanish, which she graciously did. It is well-known to their friends that Macapagal-Arroyo as well as her parents, former President Diosdado Macapagal and First Lady Eva Macaraeg Macapagal, spoke Spanish at home.

The purpose of the existence of Amigos is to promote the speaking of Spanish. The former president recalled her many visits to Cebu through the years, since her youth. She has many friends here.

Speaking of her mother, she recalled her student days at the prewar University of the Philippines Cebu College. Also, that she was crowned Carnival Queen in an event that is recalled in Cebu’s annals as one of the most brilliant.

This was not a political meeting, but Macapagal-Arroyo found a way to thank the one million Cebuano votes that helped catapult her to the presidency. She took her oath at the front parterre of the Cebu Provincial Capitol. 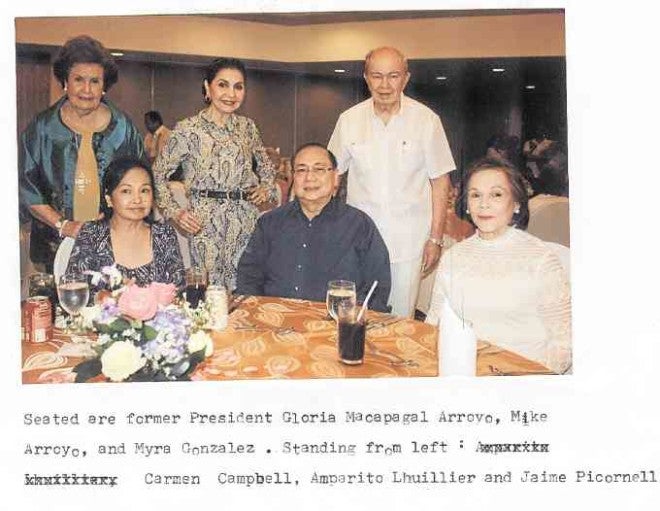 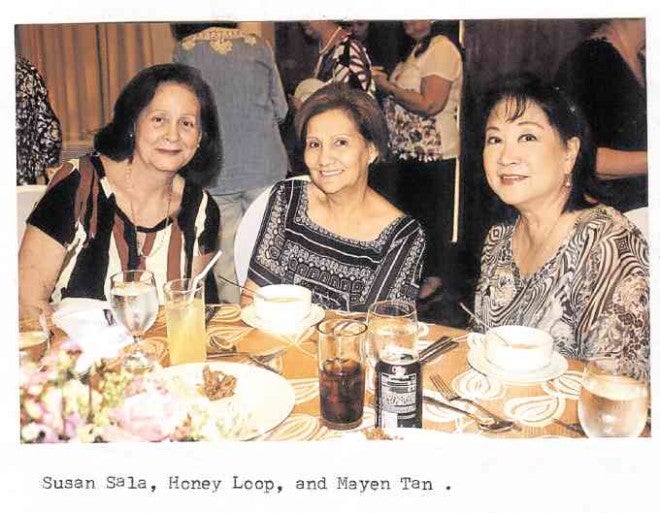 She was looking fine on this occasion, and the buzz was that she had been to Germany for stem cell treatment. She did not wear a neck brace, but she does put it on when she has to ride for long distances, or in heavy traffic.

Seated with Macapagal-Arroyo was former Cebu Governor Gwendolyn Garcia, now Deputy Speaker of the House. Also present were Mike Lopez, who had coordinated with Campbell the visit of Macapagal-Arroyo, and Felix Guanzon, during Gloria’s term the presidential assistant for the Visayas.

Casino Español de Cebu general manager May Ocaba was congratulated for the excellent buffet spread. This was supplemented by a simmering Favada Asturiana personally cooked by Campbell, who had also confected the ice cream cake served for dessert, among other specialties.

Next event for the Amigos will be a Christmas party with exchange of gifts. It always is hilarious. 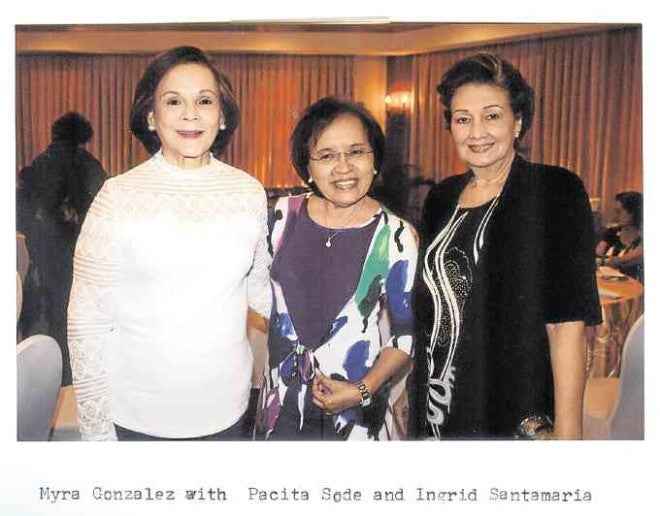