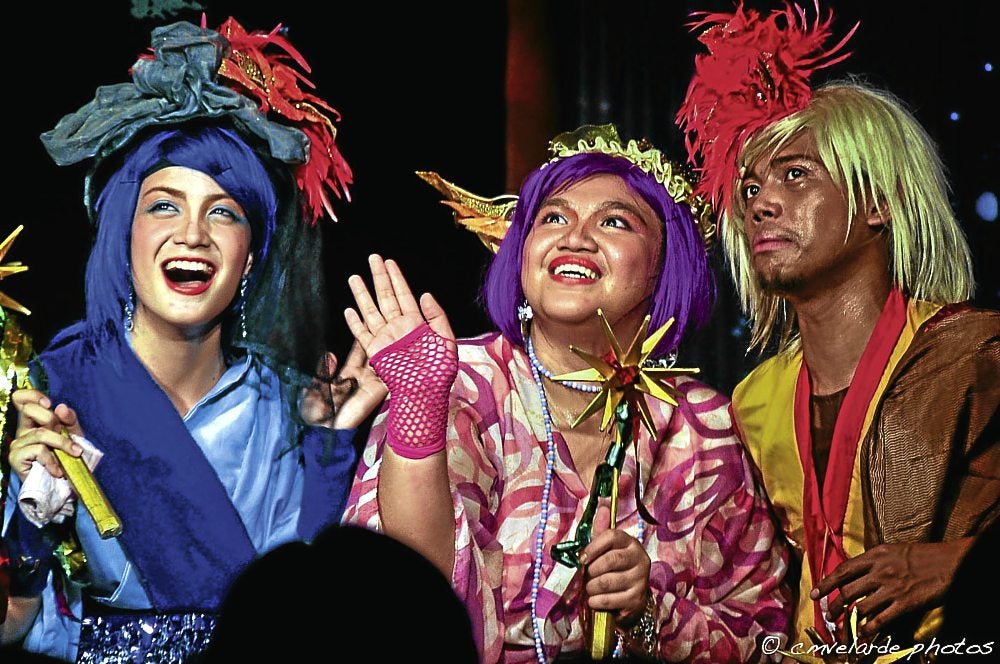 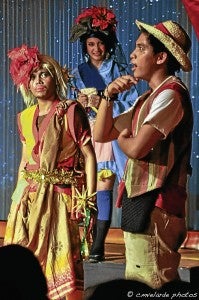 Teatro Dulahay is a small parish-based theater group in Meycauayan, Bulacan, that’s like seed planted two decades ago. Cultured with the love for serving God, it has grown and borne fruit, spreading the passion for theater in the province.

Teatro Dulahay is based in Sto. Niño Parish.

Directed by Christian Velarde and written by Karen Escalona, it was the third time the group staged “Batang KaTuGa.”

“One of the reasons I chose to stage ‘Batang KaTuGa’ is because it is close to Dulahay’s heart, and because of its audience, the children,” Velarde said.

Because of the changing trends, Velarde revised some parts of the script so the intended audience could relate to the play. He also added original songs and dance moves choreographed by Mark Joseph Belen.

“Batang KaTuGa” is an interactive modern play that centers on Bentot, a “batang katuga,” which stands for kain (eat), tulog (sleep) and gala (wander). 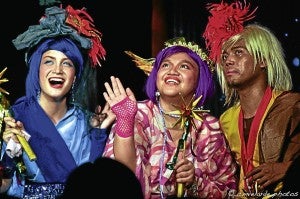 The play narrates Bentot’s attitude transformation from being an irresponsible, lazy and gluttonous youth to a responsible boy, with the help of the goddesses Venus, Miranda and Suzzie.

“This is some sort of reunion for Teatro Dulahay, especially for those who are now inactive because of the demands of their work and school,” the director said.

Velarde recalled how Dulahay came up with the play years ago. He said the members brainstormed and decided to produce a play that would cater to the youth.

Then high-school senior Escalona was assigned to write the script. Most of the performers of the first “Batang KaTuGa” were high-school students.

It was in 1991 when Sto. Niño Parish priest Fr. Rufino “Peng” Sulit saw that the parish had a very active youth community. He asked this group of young Catholics to join an acting workshop sponsored by Teatro Dulahon in Guiguinto, Bulacan.

The priest summoned seminarians from the Immaculate Concepcion Major Seminary to conduct an acting workshop for the youth, Velarde said. 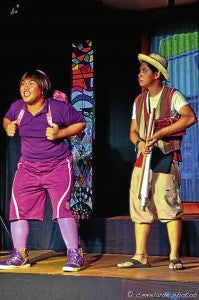 After the workshop, the youth members of the parish started doing Gospel interpretations through skits every first Sunday Mass.

It was only after 10 years when Velarde and Alvin Pila, now a priest, decided to take Dulahay to a higher level and stage major theatrical productions aside from performing during Masses.

The first original and major production of Dulahay was “Ngayon ang Kahapon ng Bukas,” written and directed by Velarde and staged in 2000.

“We showcase about three plays every year—a children’s play, senakulo and a major production,” Velarde said.

“We are so active that the parish church trusts us with things like presentations during the fiesta, and even the whole church decoration,” Velarde said.

Despite members growing old and moving on, Dulahay has continued its advocacy, Velarde said.

“It has taught many youth not only lessons on theater but also the lessons of the Catholic Church and lessons on self-confidence,” he added. “Hopefully, the lessons that were learned in Dulahay will be passed on to the next batch of Dulahay members.”

The tiny seed that was planted 20 years ago still continues to grow and hone talents of the youth as their service to God.