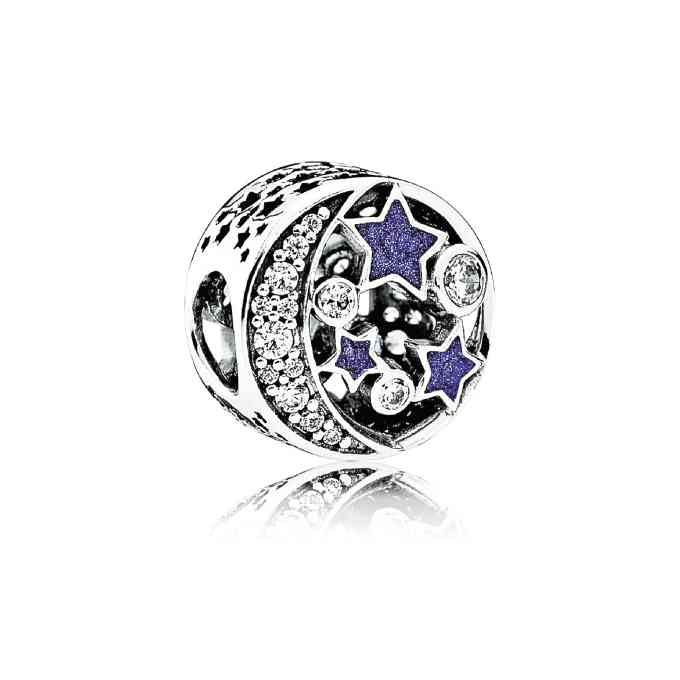 You only need to see Pandora’s magical white Christmas installation in Greenbelt 5 to be inspired to shop its winter collection.

The showcase, dubbed “Magic of Christmas,” is inspired by this season’s jewelry collections called “Celestial Tales” and “Patterns of Frost.”

“Patterns of Frost” consists of motifs inspired by shards of ice crystals as well as pearlescent orbs.

There are also heritage-inspired jewelry pieces with square-cut stones, rendered in  14k gold with cubic zirconia.

While the top sellers remain to be the bracelets and charms, the rings are also increasingly popular in the Philippines, says Emerson Yao, managing director of Lucerne Luxe, Pandora’s exclusive distributor.

Pandora, a Danish brand, wants to be known not just for charms, but as a jewelry brand.

With 26 outlets in the Philippines by end of December—it will open its Ayala Cebu boutique on Dec. 14—Pandora plans to open 10 more in 2017, according to brand manager Ivy Carson.

Yao says there’s still plenty of potential for the brand to grow here, as it serves a vast demographic. When it started its Facebook page last year, it had 40,000 followers. That number has grown exponentially in a year, and is now at 280,000.

“When we post something new on social media, they come to the stores,” he says.

“We saw an increase in sales when we launched our campaign, ‘Unique As We Are,’” says Carson. “It encourages women to buy as a gift to themselves. You don’t need an occasion. And you don’t need to wait for someone to give it to you.”

But if you want your significant other to get it right, Carson says the local website of Pandora has a wish-list feature where members who sign up can tag their husbands or boyfriends, indicating which items they want to receive.

Yao says once they find the right icon, Pandora will create a charm especially for the Philippine market, since even tourists ask for them.

“We’re pleased with how the brand is doing. It’s pretty strong,” he says. “But we’ve only been around for six years. We still have more room to grow.”