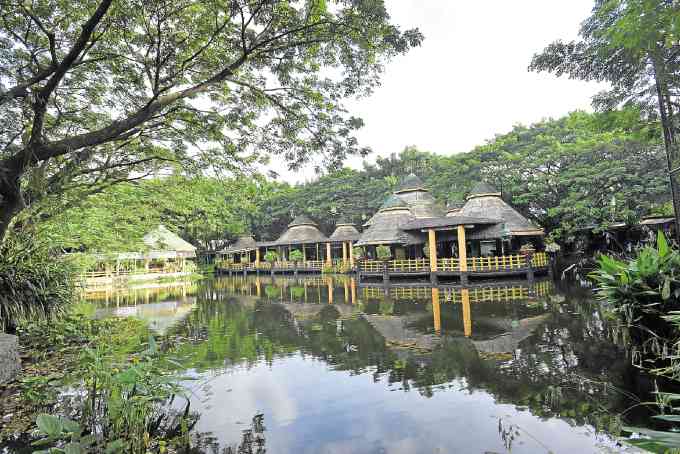 Check out the country’s biggest zoo

Lying on the slopes of the Sierra Madre, the place is 83 percent upland areas and 27 percent mountains. It was here where the patok jeepney—notorious for rugged-terrain driving and rock-and-rolling sound system patronized by thrill-seeking youths—originated in the 1980s.

Originally called Monte Alba (White Mountain), it used to be part of San Mateo. It was established as a municipality only during the war.

Renamed in 1982 after its first mayor and Senate president Eulogio “Amang” Rodriguez Sr., it is now Rizal’s largest town, occupying over a quarter of the entire province, and ranked the eighth richest municipality in the country.

Here the wilderness is also brought to the urban area. In the barrio of San Isidro, one can be lost at Avilon, a 7.5-hectare zoo considered the country’s biggest zoological institution in terms of land area and collection of animals.

Avilon (compound of Latin avis, or “bird,” and French lon, or “land”) stemmed from the frustration of hobbyist James Gaw.

In 1992, after neighbors in his Quezon City residence complained about his pet lion, he bought this parcel of land that used to be a rice field. Here he built a structure for his family’s weekend retreat and a permanent home for his pets.

The zoo is now home to “over 3,000 specimens of exotic wildlife representing over 600 species of birds, mammals, reptiles, amphibians, freshwater fishes and invertebrates.”

Most of the native fauna have been bred in captivity through its ex situ conservation program. It also has “about 400 species of plants, over half of them endemic.”

The birds and the beasts

This is wildlife rarely seen in zoos hereabouts. Here are white tigers from China rubbing furs with Bengal tigers; black swans, giant rats; a carnivorous fish that can swallow up a child; leopard (most ferocious cat); mountain cougar (smallest of the big cats); miniature horses, pygmy hippos; birds ranging from a teeny-weeny parrot to a ghastly vulture; a variety of lizards that would make the squeamish choke.

Kept farthest from visitors, even farther than the bears and lions, are the spotted hyenas. These feed on carcasses, thus are microbe-infested and have a toxic bite. (Wounds wouldn’t heal.)

Warning: Keep distance from the Bornean orangutans as they’re liable to spit at you, particularly when they’re in a sulky mood—and their spitting distance is just incredible. The old guy is especially vicious.

Another warning: Also keep a little distance from the giraffes no matter how they make beautiful eyes at you. They have long, long tongues that would fondly lap your face.