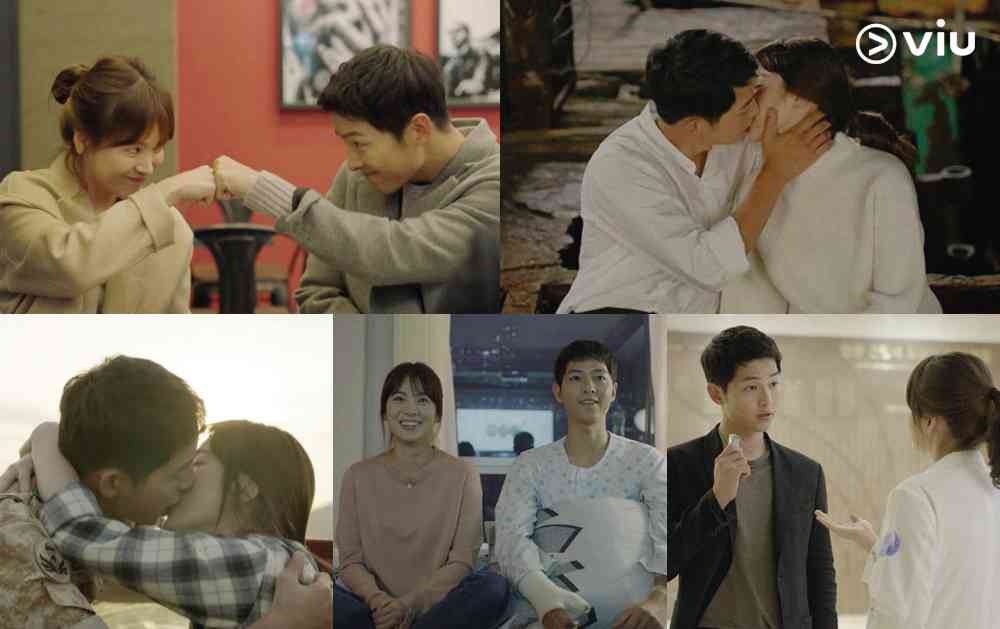 A scene from “Descendants of the Sun”

Let’s be honest and admit that at one point in our lives, we all binge-watched a Korean show on an illegal website. There is simply no other way, most people would insist.

It was a choice between waiting for local broadcasting stations to pick up well-loved Koreanovelas and have it dubbed in Filipino (which took lightyears and sometimes took away context), ordering original DVDs of the hottest series and recorded concerts (which you’re just impatient for with the amount of time it takes to ship) or living in Korea so you’d watch episode by episode as it premieres during prime time every week (which is the ultimate dream come true but also a complete nightmare for those still overly dependent on their parents).

Except for the last option, none of it would simply work for the Hallyu (or Korean wave) die-hards whose life mission is to be updated on the dot with their biases. Although it sure is fun to know Korea’s entertainment industry inside out, piracy simply does not pay.

But now’s the time to be a real Korean pop culture junkie. All it takes is a single step to become one: Download the Viu app on your favorite gadget. Viu is the ultimate Korean entertainment app available in both Play Store and App Store. Trust us, this app will definitely earn a finger heart from you after you get your Viu account going.

Becoming the ultimate Hallyu fan doesn’t have to come with a price, at least not with Viu. Free streaming that’s not piracy? SIGN US UP IMMEDIATELY, PLEASE!

Do you have an unending list of Koreanovelas and variety shows to watch? No problem! Viu’s unlimited streaming service doesn’t require you to shell out a single peso (but it will definitely make you shed so many tears because of its heartbreaking drama scenes). Now you won’t have to worry about slashing your budget for K-pop merch. Although Viu announced they would be introducing their premium service soon, which is estimated to cost not more than P200. What makes us super curious are the additional cool features its bound to have.

That sure is a whole lot of Korean content, and 40 percent (or 4,000 hours) of their pop culture artillery is made up of “simulcasts.” These include ongoing series and live streams of popular music shows. In fact, the app boasts of the most extensive Korean entertainment library available for free in the country. So far, they have gathered episodes that were aired as late as 2013. The latest dramas-turned-global-phenomena this 2016 are ready to be watched and downloaded by its subscribers. Ongoing dramas are also uploaded right after it goes live in Korea.

It gets its authorized content from the top Korean broadcasting channels: KBS, SBS, MBC and CJ E&M.

The people behind the translations and timings for our favorite shows are those that deserve our unconditional love. Especially when they provide the subtitles the minute we wake up. In eight hours or less after an episode is aired in Korea, subtitles are made available in different languages. Filipino subtitles are said to be included in the future.

Each user is allowed to download three episodes a day for offline viewing. If you weren’t able to watch the shows in the allotted 24 hours, you will just have to download it again. Yup, this feature is included in their “freemium” service.

Apart from the shows and its episodes each having short summaries to inform viewers what these are all about, the app also provides “fan bites.” These are fast facts, backgrounders and other anecdotes on the celebrities and productions deepening the Filipino viewers’ understanding of the available programs on the app. There’s also a space that shows the celebrity birthday celebrants each month.

Bookmark the series that you want to watch next to help you curate your future “Viu and fangirl/fanboy” playlist session. Viu remembers the exact minute and second of the episode on your screen when you decide to hit the close button. It even synchronizes all these details on your phone, tablet and desktop.

Getting bored of Korean content? They also mixed in some Japanese programs for you to enjoy. Coming up next are shows from Taiwan, Hong Kong and China. They also have original Viu productions, which range from documentaries, lifestyle shows and dramas, that would be added to your entertainment choices soon.

Besides the curated content from “K1 Headline,” a popular celebrity news show in Korea, Viu is planning to include written news articles to keep K-pop and K-drama fans up to date with their favorite celebrities and shows.