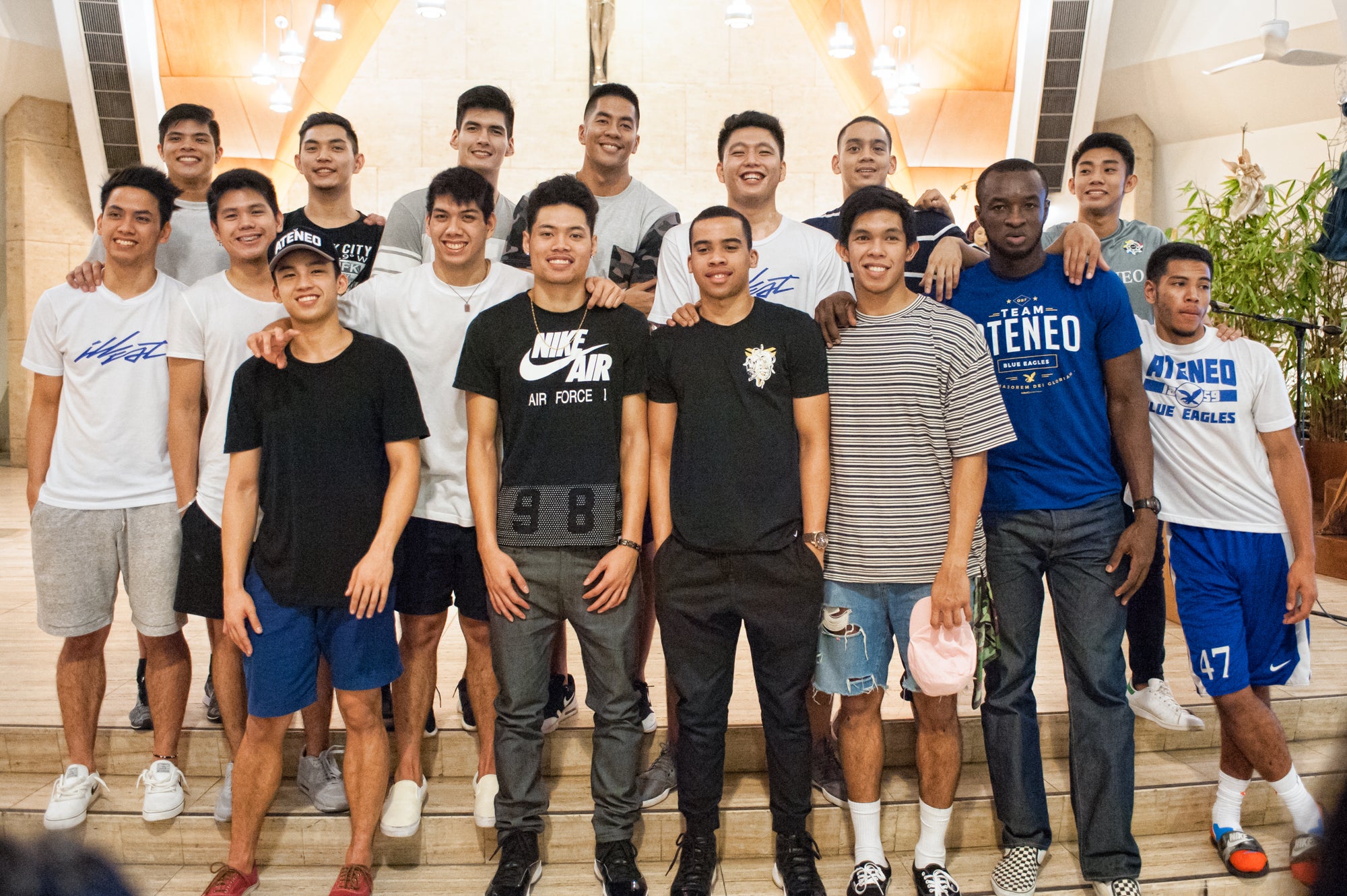 Everyone was all smiles at a Thanksgiving Mass held at Ateneo’s Church of the Gesù. From the looks on their faces, it was as if the Blue Eagles had won the championship. PHOTO BY ATTY. LEO LOPEZ

A different kind of win

They had no business being here. During the summer, the Ateneo de Manila University Blue Eagles men’s basketball team lost three vital cogs to graduation, seven to academic deficiencies, and three rookies to passport issues.

Then, in the preseason tournaments of the University Athletic Association of the Philippines (UAAP), the team’s disadvantage showed when it suffered a beating from long-time rival De La Salle University Green Archers.

Pundits described the Blue Eagles as a middle-of-the-pack team unlikely to make it to the Final Four this season.

After losing by a huge margin to La Salle in the first round, Ateneo lost a second time to the University of the Philippines Fighting Maroons. Everyone thought that was the end of Ateneo. Even I, a die-hard fan, had my doubts.

Then the Blue Eagles pulled a surprise.

They forced a Final Four by beating the seemingly invincible Green Archers. This was part of a six-game winning streak that propelled the Blue Eagles to the Final Four with a twice-to-beat advantage.

The defending champion, the Far Eastern University Tamaraws, was still the team to beat, owing to its maturity and experience. But in the end the Blue Eagles pulled it off through the heroics of big man Isaac Go, bloodied nose and all.

Against all odds, the ragtag team made it to the season 79 finals.

Meanwhile, the Green Archers had a giant chip on their shoulders brought about by their lone loss to a team that was not even strong to begin with. But the Blue Eagles were happy just to be there, and fans expected the Hail Mary boys in blue to give one big fight.

In the end, the Blue Eagles lost in two successive games—two close, winnable games. Sure, their nerves and lack of experience were evident in some plays. But they stuck it out and fought till the very end.

After the games, fans of the team stayed behind Smart Araneta Coliseum to congratulate the players. Everyone was all smiles in a Thanksgiving Mass held at Ateneo’s Church of the Gesu. From the looks on their faces, it was as if the Blue Eagles had won the championship.

Graduating player and team captain GBoy Babilonia thanked the crowd and school for their undying support. Rookie coach Tab Baldwin also took to the podium and promised better things ahead for the Blue Eagles.

This team completely erased the heartbreak of UAAP 2006, when Ateneo lost to the University of Santo Tomas Growling Tigers. It also eased the pain of UAAP 2014 and 2015 when it came so close to cinching the title, only to be stopped by last-second plays (Alfred Aroga’s blocking Kiefer Ravena; Mac Belo’s game winner).

At the end of the day, the Blue Eagles and their faithful followers gained something better than victory: the experience and embodiment of Magis, and a renaissance of love and support for their beloved alma mater.

That, in itself, is better than gold.

Non multa sed multum: Not many, but much.

More photos from the UAAP finals