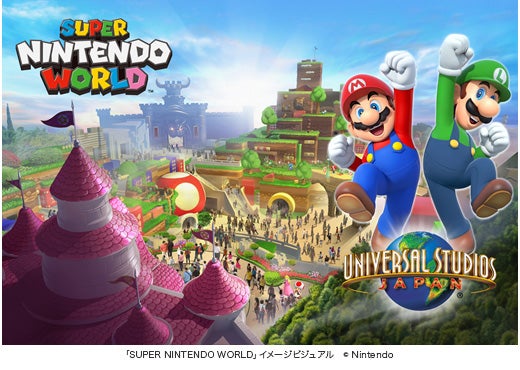 Last month, an announcement was made about the addition of Nintendo-themed attractions at Universal Studios theme parks in the US. The companies involved have finally offered a glimpse of this project in the making through a concept art for Universal Studios Japan.

The partnership with Universal Studios Japan and Nintendo actually started in 2015 but has been keeping things under wraps since that initial reaction, reports RocketNews24.

These Nintendo-themed facilities will be officially called Super Nintendo World. The concept art shows off Princess Peach’s castle and a multi-tiered grassy mountain that is reminiscent of a stage in a Mario game. More attractions could be added that is not so easily portrayed in the artwork such as those inspired by Legend of Zelda.

The Super Nintendo World won’t be open any time soon, but will most likely be up and running sometime before the Tokyo 2020 Olympics. The US counterparts will open after Japan.

For gamers who grew up with Nintendo games and consoles, Super Nintendo Worldwould be a dream come true. Alfred Bayle