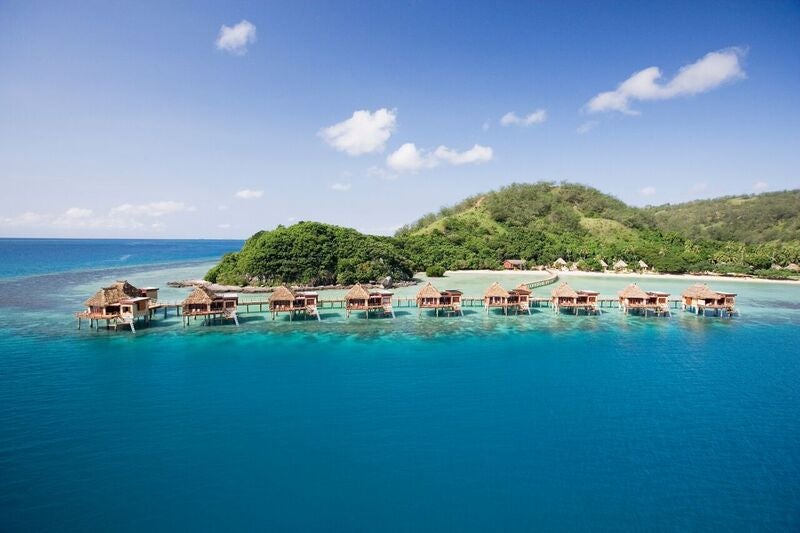 Beyond blue waters – 9 things you didn’t know about Fiji 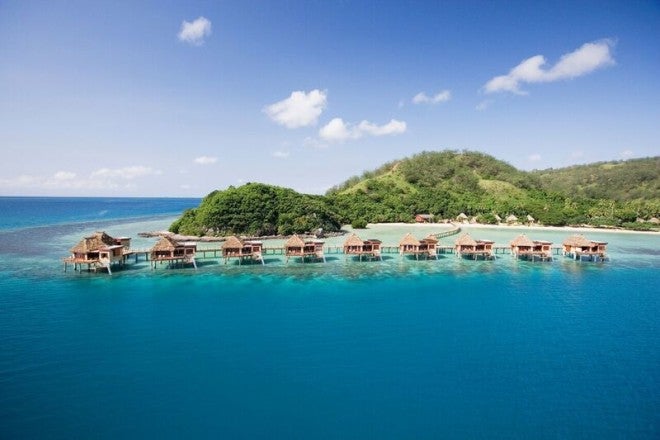 Mention Fiji and most people will not even know it’s a real place, in fact many will think you are talking about Mt. Fuji in Japan.  Those who have been wax lyrical about its iridescent blue waters, pristine beaches, warm hospitality, and unique culture.

Here are 9 things you might not know about this exotic country.

Most ethnographers believe that the Fijian people migrated to the Pacific from Southeast Asia via the Malay Peninsula. The Melanesians (from Papua New Guinea, Tuvalu and Solomon Islands) and the Polynesians (from Tonga, Samoa and Hawaii) integrated to create their very own culture and society. Hence Fiji represents the melting point of the various South Pacific cultures. Evidence of this unique indigenous culture can be seen in Fijian food, language, traditions, practices, and political systems. Fijian Indians also make up a large portion of the current population, who first entered Fiji in the late 1800s when they were migrated to work in the island’s sugar plantations. 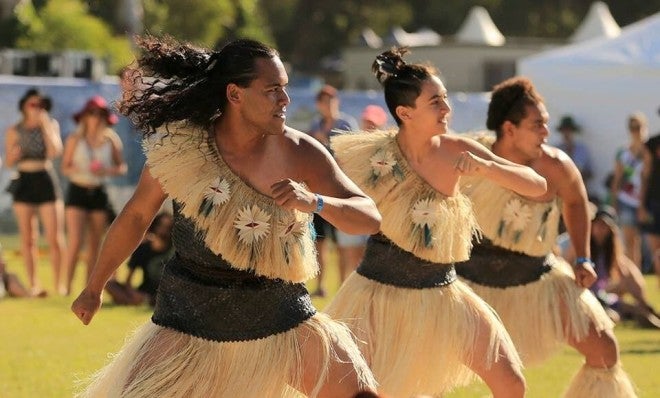 Still today over 80 percent of land in Fiji remains occupied by its indigenous people and many travelers are surprised to see that most of Fiji’s landscape consists of village-towns. Often there is an appointed Ratu (village chief) or Turaga Ni Koro Koro (Village Headman) who represents the village in provincial matters. These self-governed villages are also guardians of ancient Fijian traditions and folklores. For example, in Fijian villages it is considered an insult for anyone other than the village chief to don hats or sunglasses. It is also considered impertinent to touch someone’s head as the top of the head is deemed sacred. These interesting cultural beliefs and traditions truly make Fiji a great cultural heritage travel destination for travelers who are keen to immerse themselves in a unique culture.

Fiji is more than just endless blue sea and sandy beaches. There are 333 islands that make up Fiji and many of the islands offer unique landscapes such as waterfalls, lakes and volcanoes, features that surprise many travelers. Take for example the Sigatoka Sand Dunes on the island of Viti Levu. Aside from its magnificent beauty, the Sigatoka Sand Dunes have a rich history. Buried under these sands, archaeologists have uncovered pottery and human bones more than two millennia old. Legend has it that those unfortunate enough to find a bone will be cursed for life. 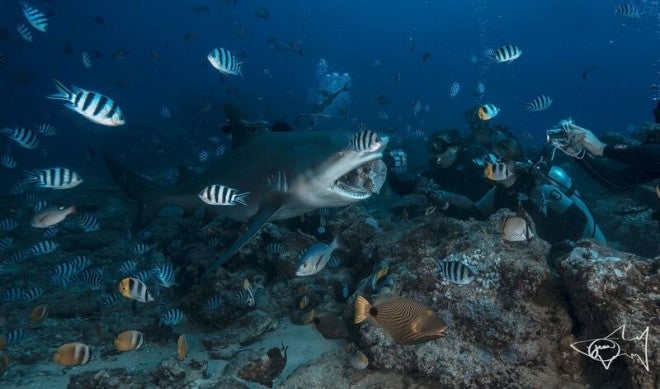 What if you could be in the past and present all at once? Fiji is located on the International Date Line which is the imaginary line in the Pacific Ocean that splits consecutive calendar days. There is a marker in the island of Taveuni where visitors can have one foot on today and the other on yesterday.

Fiji is also home to one of the most exotic and rare flowers in the world – the Tagimoucia. The delicate red and white flower is the national flower of Fiji, and only grows on a specific hillside on Taveuni island. Shrouded in mystery, local legend has it that a betrothed princess who was in love with another man fled to the Taveuni mountain lake where she fell asleep crying – her tears turning into the Tagimoucia flower. The flower’s name alludes to this romantic legend as “Tagi” means cry, and “moce” means sleep in the Fijian language.

Fiji’s blended heritage has led to a variety of exotic fusion food. Traditional Fijian meals include three elements – namely relishes, starches and a beverage. Called “real food” by Fijians, the starchy component can be sweet potatoes, yams or taro. Seafood, meat, leafy vegetables and fish are the “relishes” and water is typically the beverage of choice. The traditional Fijian cooking style – lovo –is the Fijian name for a feast cooked in the earth. Lovo often gives the food a smokey flavor and is an efficient way to cook large quantities of food. Over the years, the influx of Indian immigrants has led to even greater mingling of cuisines, with Indian curries and roti’s also popular in the country. Needless to say, Fiji has a mouth-watering array of dishes that is bound to satisfy any inner foodie. 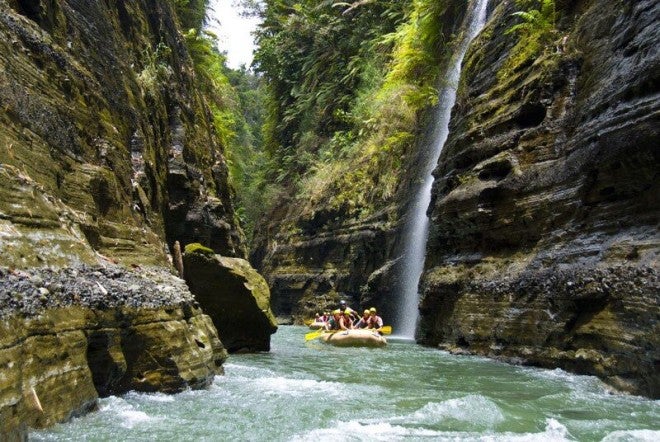 Fiji’s cornucopia of cultures mean there are three official Fijian languages on the islands – Fijian, Fiji Hindi, and English. But that’s not all – beyond the lingua franca there are approximately 10 languages that are commonly heard in Fiji. Examples include Pitcairn-Norfolk, Samoan, Tamil, Telugu and Tongan.

The country’s national rugby team – the Flying Fijians – perform a Bole before each match, a traditional war cry that signifies the acceptance of a challenge. The Bole inspires the team before matches, and to great effect! The National Rugby Sevens team clinched Fiji’s first Olympic gold medal in Rio this year. 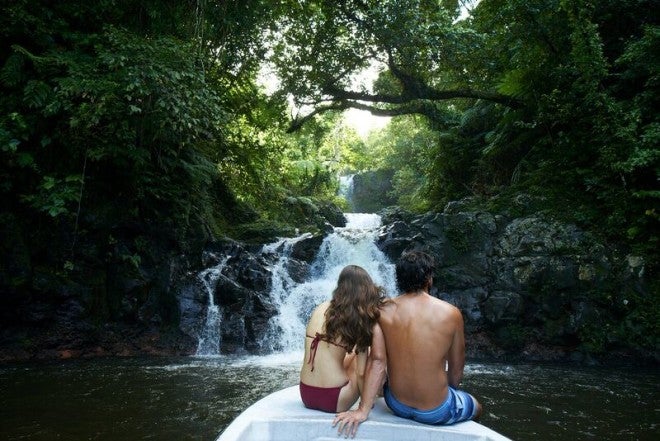 Fijians are extremely proud of their heritage and this is seen in how Fijians integrate elements of their culture in all aspects of life. They are the world’s happiest people, with a global Gallup survey revealing that 93 percent of Fijians were happy with their lives. What better way to spend your time than with the world’s happiest and most positive people?