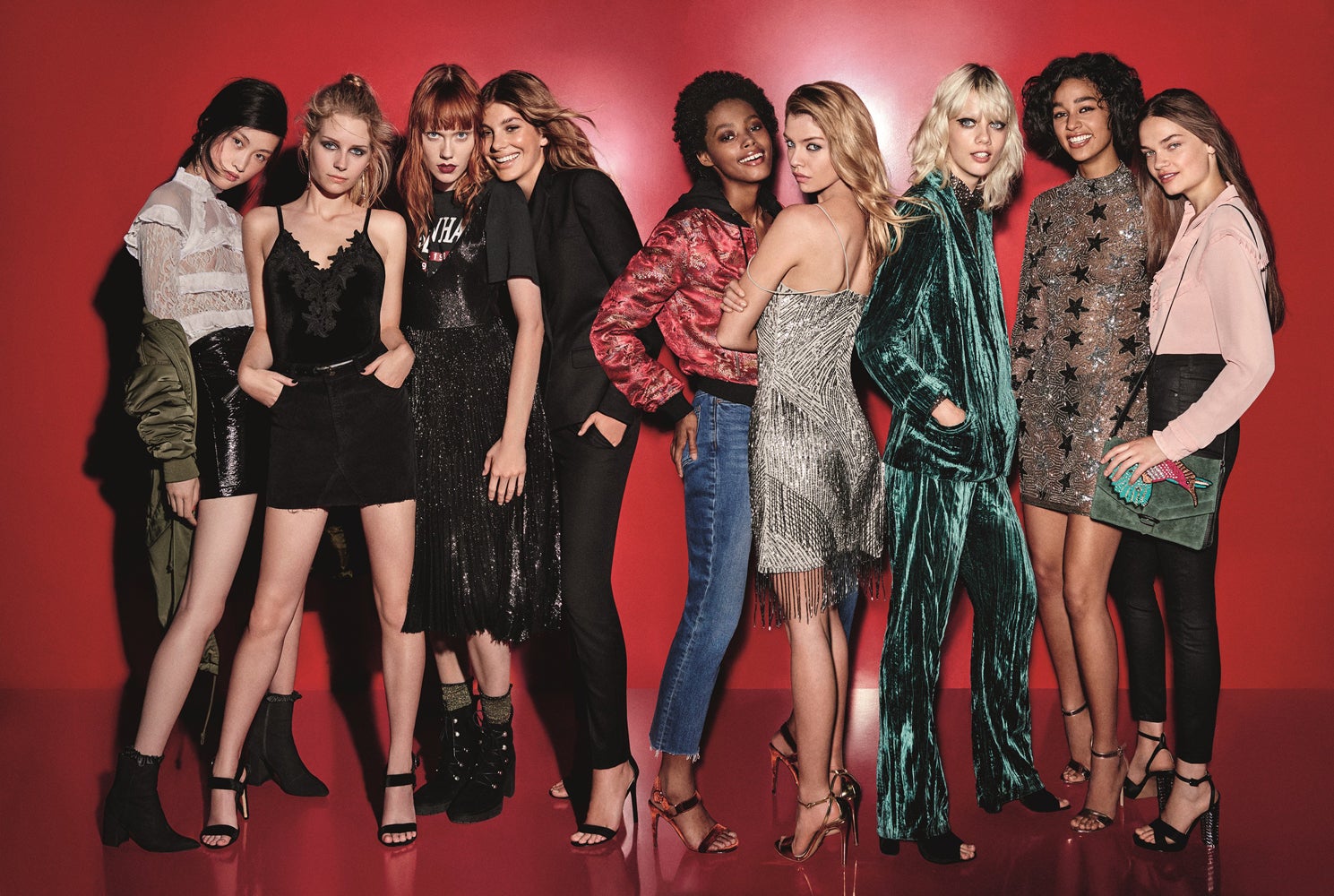 Topshop’s Holiday 2016 campaign features nine emerging names in fashion, each one a champion of unique style with a knack for creating endless dressing options for the holidays.
“This season is about the individual spirit of a woman—she no longer wants to be part of a tribe, she has her own style,” says Topshop creative director Kate Phelan.

JING WEN was becoming a regular on catwalks in New York, London, Paris and Milan, but her Vogue China cover in November 2015 cemented her place in the global fashion community. After several successful campaigns, Jing has quickly become one of the most recognizable faces from China.

KIKI WILLEMS’ piercing gaze and tough catwalk strut have made her one of today’s most recognizable models. The Dutch model’s choppy, fire-engine red hair has given her an editorial edge and landed her appearances in style titles around the world.

CAMI MORRONE is the daughter of male supermodel Maximo Morrone and Argentinian actress Lucila Solá. The Los Angeles model also runs a successful and much-followed personal blog where she shares tips on health and fitness.

LONDONE MYERS was discovered in Washington, while working as a post-mortem assistant. The Georgia native has a down-to-earth attitude and unshakable fascination with medicine, setting her apart as a new kind of “It” girl.

MARJAN JONKMAN hails from a quaint Dutch town in the northern province of Friesland. Her bleach blonde bob and doll-like blue eyes make her a memorable face on the catwalk and the pages of various Vogue editions.

DAMARIS GODDRIE’s full lips and curly bob have caught the eye of style titles around the world. Her Latin heritage and Dutch upbringing explain her effortlessly sexy and laid-back personal style.

CAITIE GREENE was scouted while shopping on Christmas Eve 2014 in her homeland, the USA. Since then, she’s been featured in several fashion editorials, including a cover of Vogue Italia in May 2016.

Topshop is owned and operated by Robinsons Specialty Stores Inc., a subsidiary of Robinsons Retails Holdings Inc. For the latest style updates, follow Topshop on Facebook at www.facebook.com/TopshopPhilippines or on Twitter and Instagram at @Topshop_PH.