On view starting Dec. 27 at the Ayala Museum Art Space is the second edition of “Continuum,” in which Gallery Big convenes 40 of the country’s most exciting artists and asks them to offer their insights on public issues.

“This exhibit is an attempt to engage art in sifting through the discord of our polarizing times,” said curator Johnathan Libarios Rondina. “By bringing together artists with different backgrounds, beliefs and affiliations we hoped to assemble a mosaic of differing critical perspectives that, on one hand, introspect upon our many concerns and, on the other, allow us to converse with the tenor of sobriety and mutual respect.”

Part of the proceeds will go to A Better Chance Foundation which gives out high school scholarships.

Washington DC-based Filipino artist Hadrian Mendoza has mounted 36 stoneware pieces—shaped by his preoccupation with similarities and differences of people—in the show “Tao,” ongoing at Ayala Museum’s ArtistSpace until Dec. 21.

“Glimpses of (the exhibit) began when I started networking with Southeast Asian stoneware potters—following a grant from Toyota Foundation in 2007,” recalled Mendoza, then a resident at the foot of Mount Makiling in Los Baños where he had a studio.

He also taught at the Jon Pettyjohn and Mendoza School of Pottery in Makati (now Greenbelt 5).

“The networking of Southeast Asian stoneware potters has it has inspired my personal exhibit of faces and interaction at ArtSpace,” said Mendoza.

“Morning Rush” is composed of 15 pieces of sleepy and yawning children in colorful pigtails (red, yellow, and blue), installed on the wall, around a seven foot wide circle.

“It’s a morning rush with my daughters Banaue and Roja as I fix their hair so we get to school on time,” he said.

Also at ArtSpace are stoneware busts of Africans, with scars etched from early rituals of manhood; and Filipinos with eyes made with old symbols of tribal tattoos, or with other symbols of mountains and nature.

In a political piece against violence, culture of impunity, and extra-judicial killings, “Hostage” depicts a blindfolded man, his mouth open, assembled in front of two tall people – they look like tree trunks, their heads an abstract circle, their eyes almost absent.

“Threshold” explores the many psychological moods of womanhood, as expressed through daily rituals and wishful fantasies. 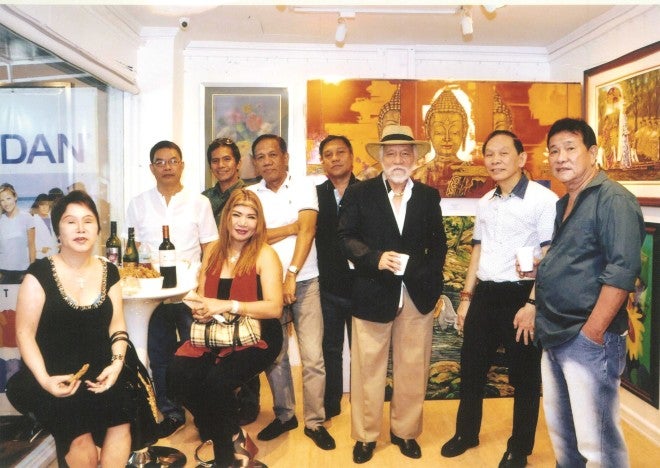 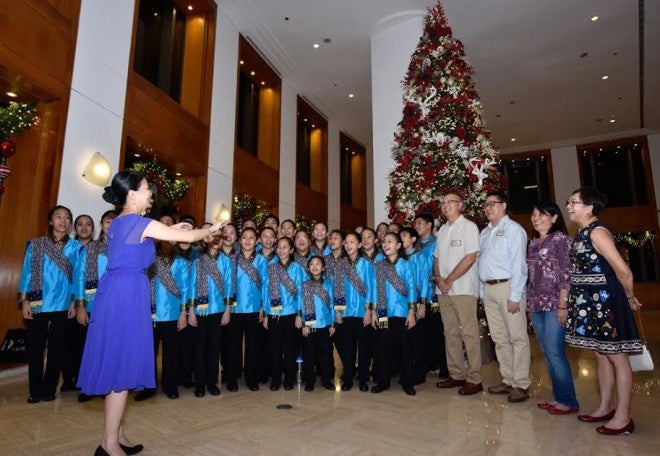 A life-size skeleton created entirely from uncut, found corals atop a massive, raw driftwood; skull profiles and open hands meticulously painted and fashioned on giant clams and mother-of-pearl shells—the new works of Halili may be seen, from an untrained perspective, as nothing more than a visual paean to the sea, a sculptural ode to that overwhelming space that still remains foreign to us despite man’s numerous explorations of it. But a Halili piece doesn’t leave its audience just scratching the surface; just like the sea, it holds waves of truths and memories.