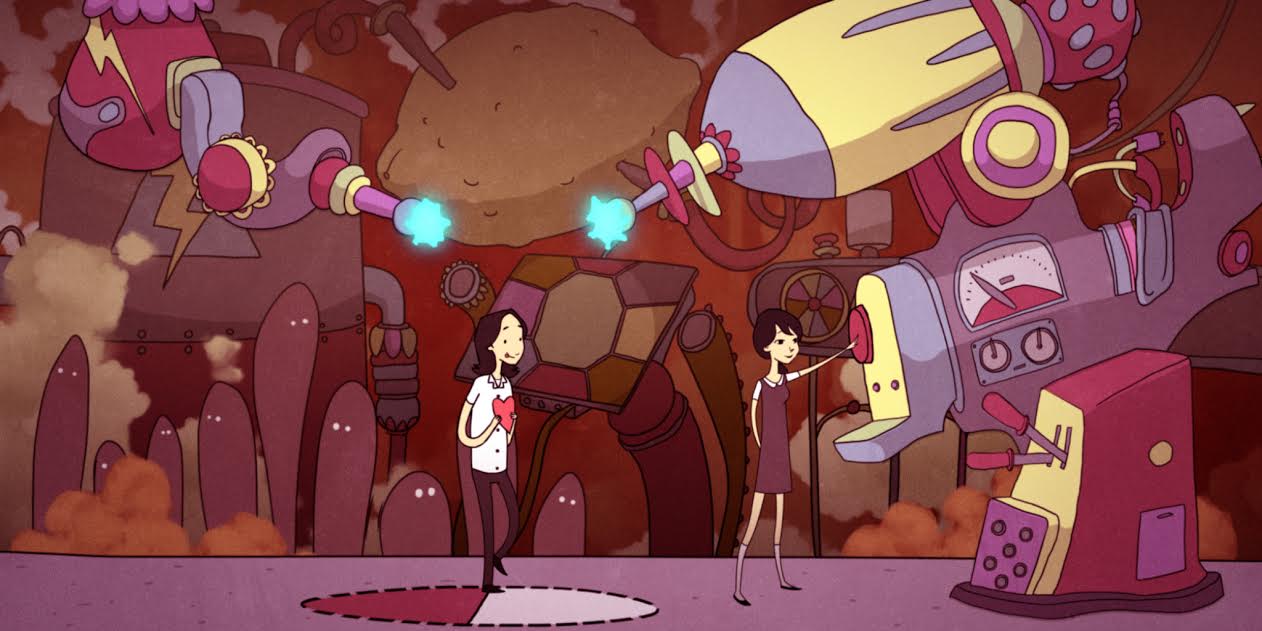 Directed by Avid Liongoren, the film follows Marty (Enzo Marcos), an aspiring comic book artist, who pines for his best friend Sally (Rhian Ramos), a gadget inventor. She, however, has terrible parents and an inconsiderate boyfriend (TJ Trinidad). In Marty’s fantasies, he conjures up ways of defending the love of his life from the big bad world.

The film was mounted by a small team of young animators led by Liongoren, who has directed for television and TV commercials. They began shooting as early as 2005, but production slowed down due to funding.

Production came into full swing in 2010 on a blue screen, which was later replaced with a stylized Manila and 2D animated monsters created by Liongoren and his team of artists at Rocketsheep. Every frame, every background and every piece of art was painstakingly made.

“What we lacked in manpower, we made up with love in every single frame,” Avid said. “We spent countless hours checking and rechecking every detail.”

“Saving Sally” received an A rating from the Cinema Evaluation Board. —CONTRIBUTED