A winning ‘design DNA’ is passed on | Lifestyle.INQ ❮ ❯ 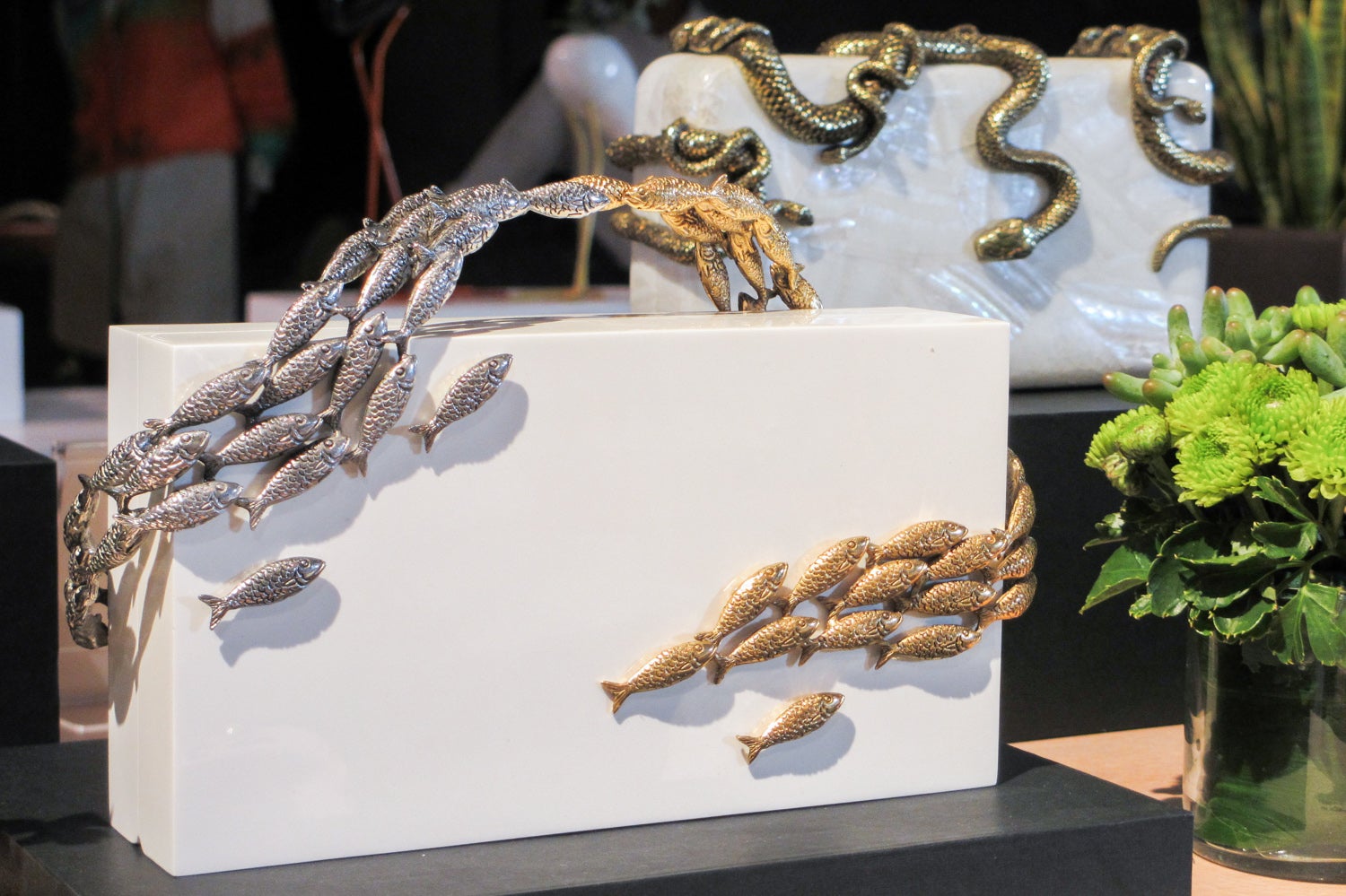 A winning ‘design DNA’ is passed on

Progeny’s aim, said Cobonpue, is to pass on the DNA, or the design genes, to the next generation of unique Filipino designers.

Held one recent weekend at the Cobonpue showroom at The Residences in Greenbelt 3, Makati, the show was the first time the brand Neil Felipp presented all its collections in one venue.

Winner of the Accessories Category of Inquirer Lifestyle’s Look of Style Awards in 2013 and a three-month scholarship at Sheffield Hallam University in the UK, the 27-year-old has had a longtime mentorship with Cobonpue, who used to teach at the University of the Philippines (UP) Cebu, where Felipp took up Industrial Design.

Their first encounter was actually not in university but in high school, when Cobonpue delivered a lecture to students, among them Felipp, about choosing a career path.

“I remember distinctly how he introduced the world of design and it really captivated me,” recalled Felipp. “I asked him, ‘Where do you find inspiration?’ He looked at me, smiled and said, ‘Everywhere.’”

That encounter eventually led to Felipp’s decision to study in UP Cebu instead of pursuing fashion studies in San Francisco. “I wanted to learn from Kenneth first,” he said.

Felipp has clearly taken his early design lesson to heart and found inspiration in most anything, like classic fiction, history, even his own experiences.

These now take the shape of minaudieres, in acrylic, resin and fiberglass, with unbelievably detailed brass accents that beg to be touched and photographed. The brand has made a conscious effort as well to source materials and produce the bags in Cebu.

One of the most recognizable designs by Felipp, a piece from the “Sirens” collection that shows a mermaid lying sideways, her fishtail draped on one side of the bag, is an homage to the Queen City of the South where he grew up going to the beach almost every weekend. It was inspired by free-diving and the designer’s love of the sea.

Another design derived from his underwater adventures depicts a school of fish, originally just metalwork submitted as a thesis project to professor Cobonpue.

At the Progeny exhibit, the fish became a centerpiece, gold and silver sea creatures coming together to form a handle for a stark white rectangular minaudiere. It marks Felipp’s design evolution under Cobonpue’s wing.

“He’s very unique because his things are full of fantasy,” Cobonpue, current chair of the College of St. Benilde’s Industrial Design Program, said of his protege. “It’s a world all its own. I believe that design should be able to tell stories, and that’s what his pieces do… They create conversation. It’s a form of communication between the creator and the end user.”

Those stories and their fantastic worlds are expressed in metalwork, the themes ranging from geometric cityscapes (“Halcyon” collection) and miniature tea things (“Antoinette the Mad”), to crawling insects (“Anita,” “Persephone”), a troop of playful monkeys (“Simian”) and detailed reptile sculptures (“Suzy Wong,” “Medusa and Midas”).

Felipp comes from a family of metalwork manufacturers, which explains his affinity for brass and sculpted metal.

Guided by Cobonpue, Felipp has received what he calls the “sandpaper” treatment: “As a designer you get so in love with your work that sometimes you don’t see the flaws, and that’s where he (Cobonpue) comes in. He would see these little things you never notice… It’s still very surreal to be working with somebody you look up to. I’m thankful.”