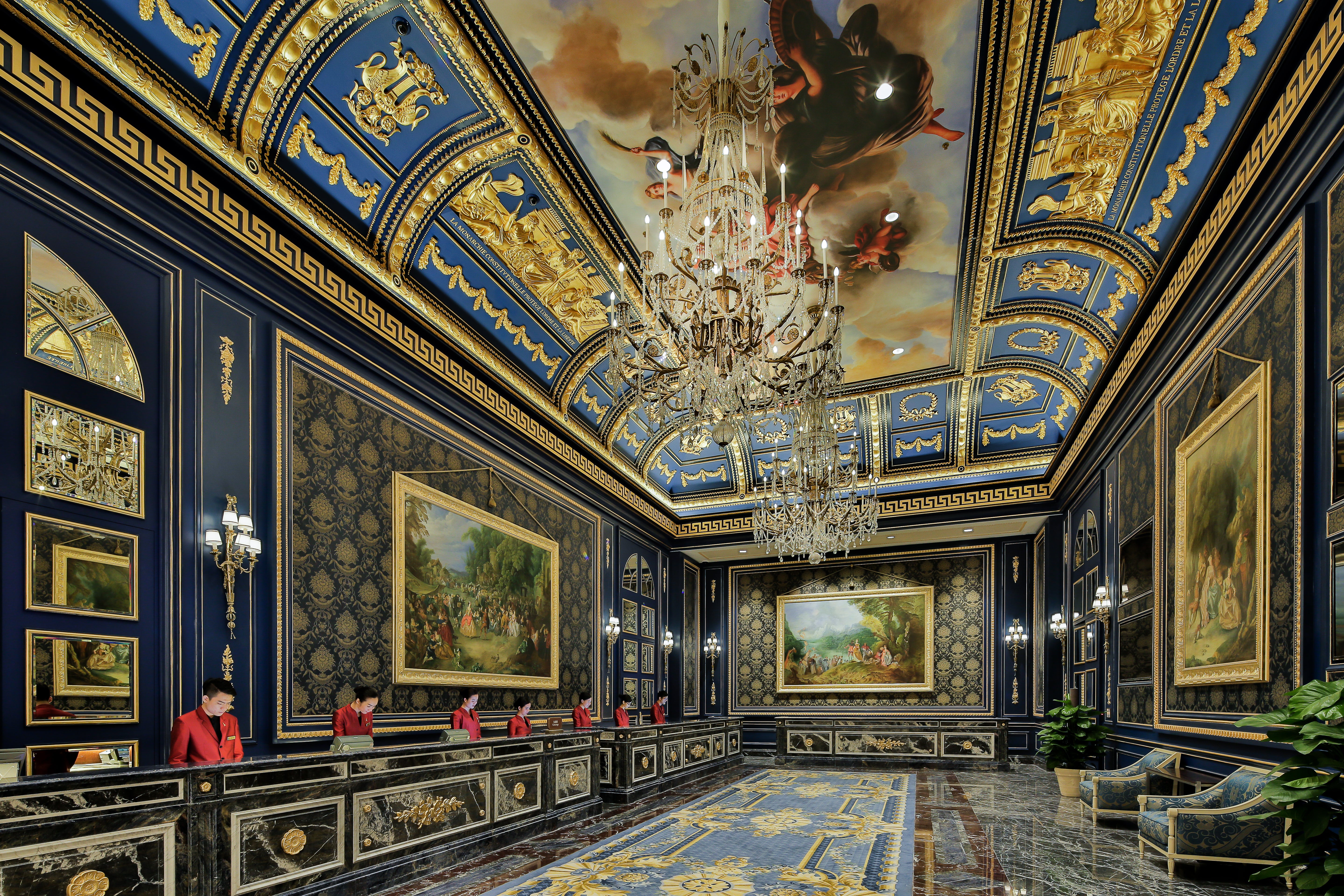 When I think Macau, what usually comes to mind is the abundance of casinos and gargantuan malls that line the Cotai Strip—the “Las Vegas of Asia.” I knew what I was in for. Or so I thought.

This tour with Philippines AirAsia brought us to The Parisian Macao, the newest integrated resort in the Sands Resorts Cotai Strip Macau. It has integrated facilities that include 3,000 guest rooms and suites, world-class entertainment, business and meeting facilities, and of course, duty-free shopping.

Inspired by the magic and wonder of Paris, it’s set against a backdrop of iconic landmarks in the City of Light,  such as the impressive Fontaine des Mers which welcomes guests at the lobby, an exact representation of the Arc de Triomphe de l’Étoile originally designed by architect Jean Chalgrin, and the half-scale recreation of the Eiffel Tower, which is a sight to behold come nighttime as the landscape transforms into a colorful display of lights amid the lush greenery reminiscent of the French capital.

“What started with a Venetian and now adds a Parisian to the family, the Cotai Strip has become one of the world’s greatest tourism marvels,” said Sheldon Adelson, Las Vegas Sands Corp.  chair and CEO, during The Parisian Macao’s grand opening last Sept.  14.

He added: “Before our very eyes, Macau is making a similar transition to the one it took Las Vegas decades to make, evolving from a destination suited only for gaming customers, to an environment which still provides a safe and reputable gaming experience but also offers a wide variety of activities, attractions and amenities for people of all backgrounds, income levels  and interests.”

Guests stroll down boulevards named after many of Paris’ famous strips such as the Avenue des Champs-Élysées, Avenue Montaigne, Place Vendôme and Rue du Faubourg Saint-Honoré, while getting a whiff of tempting aromas from Parisian-like sidewalk cafés, pâtisseries and bistros.

For kids and adults

Youngsters will be drawn to Aqua World with attractions like the Marie Antoinette Tower, which was painstakingly constructed to recreate details of the original from over 200 years ago, and the Jules Verne Airship inspired by the air balloon from the 1956 movie “Around The World in Eighty Days.” It features an aqua tube, a swinging wood bridge and two slides, among others.

Qube Kingdom, designed to entertain children aged 1 to 17, is another play area to keep kids preoccupied while their parents explore the resort. It has climbing nets and slides, an outdoor carousel straight out of Les Jardins de Luxembourg, and entertainment consoles.

Accommodations suit various guest requirements—the Lyon Suite and rooms such as the Deluxe, Eiffel Tower and Famille, which I particularly like for its charming décor complete with balloon lights and macaron pillows that would make any child feel at home.

Throughout the resort, guests can immerse in Parisian art and history with intricate design features, gilded accents, rich jewel tones and opulent fixtures.

If you’re there to shop till you drop, there’s the Sands Shoppes, the largest duty-free luxury shopping experience in Macau, with over 850 retailers to choose from—all under one roof.

He added: “We’ve designed it specifically to cater to shoppers who want to create their own styles by mixing and matching brands and designers rather than being tied to any one particular brand.”

As Macau is known for its bustling nightlife, there’s no shortage of entertainment at the resort. Its 1,200-seat Parisian Theatre brings in the best in international productions, from live music concerts to Broadway theater and Vegas-style shows.

Recently, the Parisian Theatre showcased “Thriller Live.” Straight from London’s West End and with over 5,000 performances, the show takes audiences on an audio-visual journey through Michael Jackson’s 45-year musical legacy.

Another show, the “Streetmosphere,” gives the audience  an eclectic mix of French-inspired spectacles such as mimes, can-can dancers, caricaturists  and opera singers.

The resort’s restaurants   range from high-end gourmet to food court options, making it a hotspot for international cuisine.

The Parisian Macao is conveniently minutes away from historical structures such as the Ruins of St. Paul’s Church, St. Augustine’s Square, Senado Square, A-Ma Temple and Mandarin’s House, which are included in the Unesco World Heritage list.

“No one has believed more, or invested more, in Macau’s future as a leisure and business destination,” said Adelson. “I’m tremendously proud and honored that our company made such a bold commitment to Macau and I will forever be grateful to the people of Macau  and its leaders for the support they have shown us since even before we opened the Sands Macao in 2004.”

Worldly attractions in the grandest of scales and a dose of local flair make Macau, a region with diverse cultures and strong East-meets-West influences, a popular tourist destination.

Also, don’t miss out on those scrumptious Portuguese egg tarts!

For more information on The Parisian Macao, visit www.parisianmacao.com.