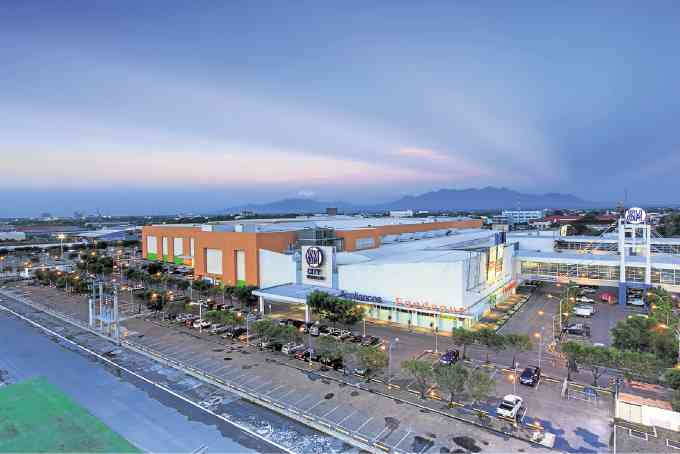 Abigger andbetter SMCity Bacolod has given Bacoleños more reasons to smile. Known as theMall of Asia of theWestern Visayas, it has a spectacular viewof the Guimaras Strait and its spectacular sunset, very much like that of the Mall of Asia.

Bacolod City is the gateway to the sugar-rich cities and towns in Negros Occidental.  Known as the City of Smiles, it will charm you with its historic sites, ancestral mansions and delightful cuisine, as well as for the Bacoleño’s love of the good life.

Today, there are more reasons for Bacoleños   to smile with a bigger and better SM City Bacolod.  The mall, which opened in 2007 in a 16-hectare site along Bishop Antonio Y. Fortich Avenue (Rizal Street) in the Reclamation Area, has since raised the standards of shopping, leisure and entertainment  in the region.

The original SM City Bacolod structure is divided into two buildings, the North and South wings. Connecting the buildings are two bridgeways, from which one can glimpse the historical plaza and Cathedral steeple from the east and the Guimaras Strait and a spectacular sunset from the west.

Since that time, the mall has grown from a gross floor area of 71,759 sq m to 133,894 sq m in a two-phase renovation. The first renovation gave a fresh look  to the three-level SM Store. The second included expansion of the North wing.

The new design of SM City Bacolod creates an updated identity that revitalizes the original structure. A bold, gridded exterior wall creates a backdrop for three prominent entrances, while maintaining continuity with the lines and geometry of the original mall.

All entrances are connected by a new colonnade, providing shelter from the elements for shoppers as they approach the expanded mall. The original and expanded wings of the mall are united by bright colors.

The bigger and better SM City Bacolod, which has The SM Store and SM Supermarket as its major anchors, is home to SM mainstays, innovative national brands, and global brands like Forever 21, Uniqlo and The Body Shop.  It also has a new Cyberzone with an updated layout and futuristic design elements.