‘Pili’ oil instead of argan, other beauty trends worth trying | Lifestyle.INQ ❮ ❯ 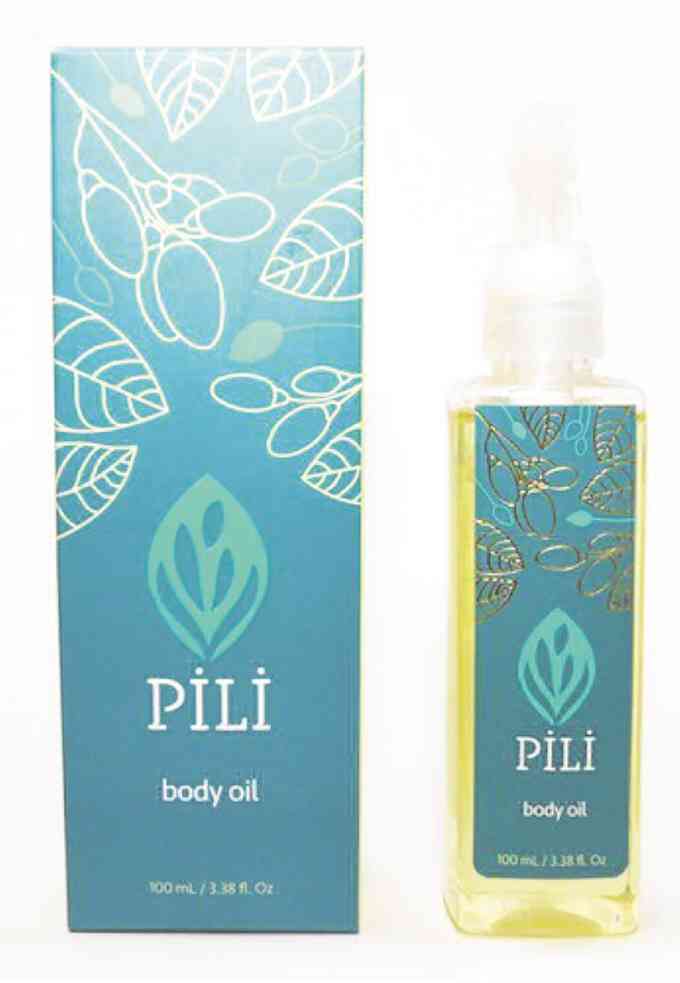 “Pili” oil is a lot like coconut oil, rich in antioxidant properties, and incredibly hydrating. Instead of argan or VCO, try Pili Beauty’s body oil. Available at pilibeauty.com.

‘Pili’ oil instead of argan, other beauty trends worth trying

It was a bad year all around. In 2016, there were plenty of overly drawn eyebrows, extreme contouring—it’s a wonder why we are still doing this to ourselves—and hyper-drying lipsticks (Kylie Lip Kit, I’m talking to you).

On a personal level, I’ve had to deal with a lot of baby hair growth that’s pretty much made me a candidate to lead a Wham! cover band. (RIP, George Michael.)

Whenever I wake up in the morning, the upper portion of my hair bears more than a passing resemblance to a bike helmet. It’s only after plenty of hair oil and antifrizz cream that I feel some semblance of dignity return.

The rest of my skincare regimen I’ve learned to streamline. On some days, my routine is essentially washing my face sheepishly in the morning after passing out on the sofa without cleansing the night before. (Double yikes.)

On the second half of 2016, I’ve found that my makeup habits have gotten even simpler—to the point that whenever I see someone wearing foundation, blush, eye shadow and lipstick, I feel a compulsion to introduce her to this makeup technique called “Don’t try too hard.”

Anyway, here is a rundown of things that might be big in 2017.

Simplify, like the French. Most French girls make do with lipstick and mascara. And for cleansers, they skip the entire process of soap and simply make do with micellar water. Yes, I know, micellar water is everywhere now, like filtered water stations and Karada. But hear me out.

Micellar water gained popularity here only recently, though it has existed for over a hundred years. Created in France to counter the harsh effects of hard water, micelles function like tiny molecules, pulling out harsh chemicals without stripping skin of its natural oils.

Micellar water takes the place of cleanser and moisturizer, a boon for lazy people who don’t want to go through a 10-step skincare regimen after a long day at work.

French girls opt for affordable micellar water from the pharmacy and, luckily, plenty have found their way here, including Simple, Avene and L’Oreal.

Powder is out, cushion is in

The cushion sponge offers a buildable intensity. Like any cushion formula, a light press on the center will provide a sheer finish, while a heavier press results in a deeper finish.

Unlike powder, which can flake or look cakey, this matte finish illuminates without making skin look dry.

Try Lancome Cushion Blush Subtil, which comes in rose, coral and pink, and offers a cooling sensation upon application.

In Bicol, Rose Tan worked with farmers and scientists to study the effects of pili. She and her team extracted oil from the fruits and resin of the pili tree, discovering that “pili oil, extracted from the pulp, helps hydrate the skin, while elemi oil, which is distilled from the resin, helps keep the skin’s firmness and elasticity.”

Pili oil is rich in beta carotene, a source of vitamin A, as well as carotenoids.

After a decade of research, Tan launched Pili Beauty, a line of skincare products ranging from body oil to soap. The company avoids harmful pesticides, chemicals or other synthetic materials during the farming process, and works closely with Bicolano farmers to protect its forested areas.

Purchasing from a local brand that collaborates with local communities like Pili Beauty (pilibeauty.com) becomes the more ethical choice when it comes to consumption.

Beauty Instagram–but all about food

Dick Page, artistic director of Shiseido, is a makeup guru and Insta-famous. He’s made his Instagram (@dickpageface) a mix of makeup and inspirational food posts. Into The Gloss sums it thus: “In a lot of ways, he’s the consummate Instagrammer—makeup tutorials, adorable dog photos, interior goals, and inspo shots abound. He’s also a culinary fiend, as evidenced by any number of the recipes and meal recaps found on his page.”

The Atlantic, hoping to subvert the rise of January stories on new diet trends, came out with this much-shared piece: “In Defense of Food and the Rise of ‘Healthy-ish.’”

Writer Sophie Gilbert posits that the popularity of paleo, keto and other low-carb diets often result in a counterintuitive mania: “The problem with giving things up, though, is that inevitably it creates a void in one’s diet that only Reese’s pieces and a family-sized wheel of brie can fill.”

I am guilty of this, having driven out carbs and sugar from my life like a demon-hunting Sarah Michelle Gellar circa “Buffy The Vampire Slayer.” But having been cursed with diabetes, I was forced to take my diet very seriously.

Some friends have argued that I’ve taken it too seriously. That, along with shedding pounds, I may have lost my sense of humor and adventure along the way. Which is probably true. I used to think eating a dozen Krispy Kreme donuts within a three-hour Netflix binge was a great adventure. (Yikes.)

But back to Gilbert. She quotes heavily from the 2008 Michael Pollan tome “In Defense of Food,” from which this seminal, three-sentence piece of advice originated: “Eat Food. Not Too Much. Mostly Plants.”

Pollan, who is featured in—and produced—the new Netflix series “Cooked,” believes that all things should come in moderation, including our eating habits. Eat a steak when the occasion calls for it. Have a slice of cake (or a Krispy Kreme) when the office Christmas party offers a platter of the stuff.

But on most days, eat simple food: the whole, hearty, unprocessed stuff that leaves you feeling good.  —CONTRIBUTED