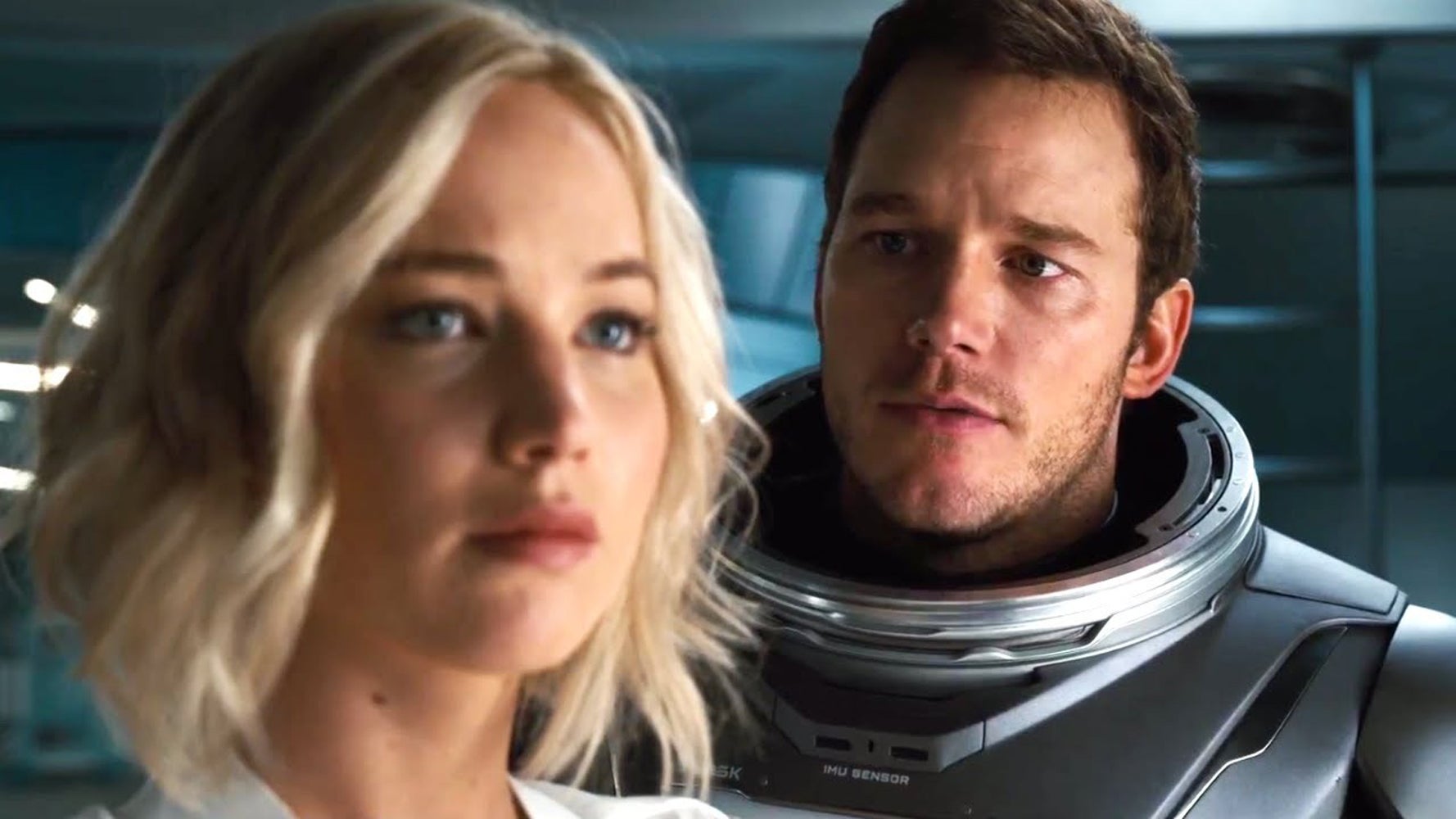 On the spaceship Avalon—on a 120-year trip to the colony planet Homestead II—a mechanic named Jim (Chris Pratt) and a writer named Aurora (Jennifer Lawrence) find themselves woken from hibernation with some 90 years left to go—and they can’t go back to sleep. Now, they must find out why they’re awake—unless there’s something else they have to take care of.

“Passengers” certainly has an ambitious sci-fi concept. The Avalon is no nuts-and-bolts freighter. Instead, it is a sleek, lavishly-appointed iPhone of a starship carrying 5,000 passengers that cannot go wrong. Jim and Aurora must figure out if there’s something wrong with the Avalon because, after all, artificial intelligences always do their jobs, right?

Norwegian Director Morten Tyldum appears to be the right choice for this kind of endeavor—he was nominated for the Best Director Oscar for “The Imitation Game.” The premise of “Passengers” could have been used to tackle some really edgy ideas. It could have discussed the idea of solitude in space, or the future of colonization as a business. The Homestead Corporation—which owns both the ship and the planet it’s headed to—could have been looked at as a kind of Apple/Google monolith of space travel.

But all of this falls away from “Passengers” because of its slavish devotion to the romance between Jim and Aurora. And it’s really a meet-cute romance more than a deep love story as the two basically flirt and date on a ship where their only other companion is the robot barkeep Arthur (notably played with aplomb by Michael Sheen).

The problem is that it’s not a particularly convincing romance as there is hardly any real chemistry between Pratt and Lawrence. Pratt is effective doing that charming everyman thing that makes viewers root for Jim to succeed no matter the odds. He’s basically Owen Grady from “Jurassic World” in space.

The always-winsome Lawrence is miscast as Aurora, failing to be convincing either as a writer or someone much higher in the pecking order than Jim, seeming far too young and callow for the part. This means that the social barrier that is supposed to cause tension between Jim and Aurora doesn’t ever get off the ground, and their falling for each other is more fait accompli and will-they-won’t-they. Of course, they will. This predictability shows up all throughout “Passengers.” The central mystery isn’t really a mystery at all.

That’s a shame because “Passengers” looks really good on the screen and the portrayal of what interstellar travel will be like for the wealthy is a fascinating study that borders on parody. That part is genuinely good. Yet for all its high-science poking and prodding, this aspect of “Passengers” always feels like an afterthought, like a flimsy, bright material wrapped around the dense romantic pairing of Jim and Aurora. It’s ironically a failure of imagination.

There’s a lot to look at with wonder here but with its mixed priorities, “Passengers” winds up a shiny high-tech mystery obscured by a dull, lo-fi romance.