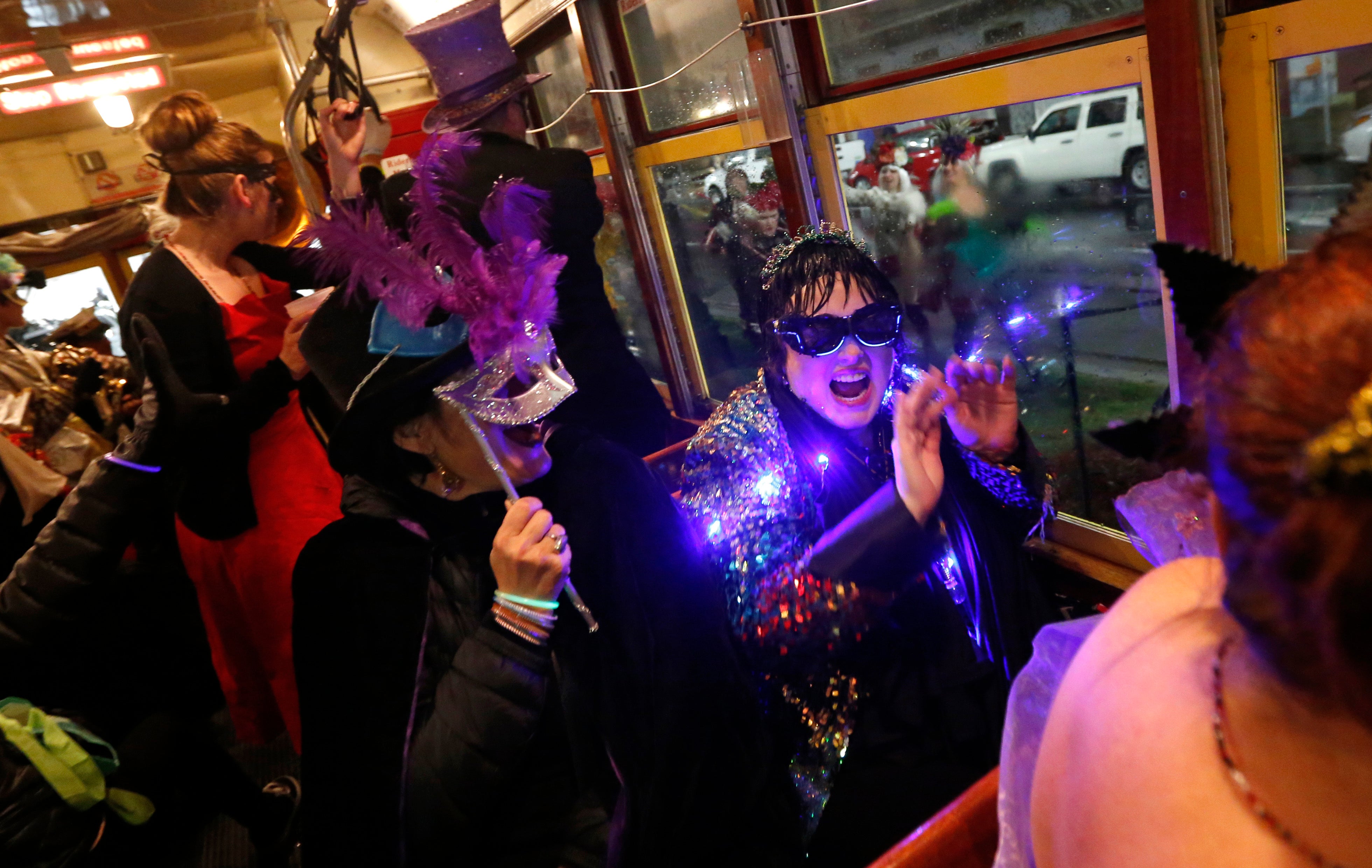 NEW ORLEANS — People in greater New Orleans braved the cold and rain Friday to mark the start of the Mardi Gras Season, standing in pre-dawn, windy lines to buy celebratory cakes and closing the evening on a rainy night with costumed street car rides.

The holiday season begins on Epiphany, commemorating the day the Bible says the three wise men reached the baby Jesus. Fat Tuesday, which marks the culmination of Mardi Gras season, falls on Feb. 28.

Across the city people bought king cake, a traditional holiday bakery treat, to bring to their offices or home to share with family. The doughy dessert bread — often flavored with a ring of cinnamon or stuffed with fillings — generally comes shaped in a ring and is decorated with the New Orleans Mardi Gras colors of purple, green and gold.

Dozens of people lined up outside Manny Randazzo King Cakes in Metairie when the doors opened at 6:30 a.m.

“My wife and the people at work love them so I usually pick one up for work on the first day of Carnival and then bring one home,” said Richard Gunther. “These don’t stay around long when you bring them to the office.”

The first day of Carnival is generally closed out by the Phunny Phorty Phellows, a historic Mardi Gras krewe, that marks the season with a ride on a street car that goes along the traditional St. Charles Street parade route in New Orleans. This year another group calling itself the “Societe des Champs Elysee” rode the Rampart-St. Claude street car line, which just opened last fall, to also commemorate the season.

Wearing masks and festive costumes, they honored their king and queen at a neighborhood bar and danced as a brass band played “Carnival Time,” before boarding their red street car.

David Roe, who helped organize the street car ride, said it was a way to bring a new Carnival activity back to the neighborhood. And, he added: “We like to have a party.”

Judy Clymens, a New Orleans resident, was wearing a tiny tiara as she gathered with the crowd before boarding the street car.

“It’s the inaugural ride. It’s wonderful. It’s fantastic,” she said. “We have a parade for virtually everything.”