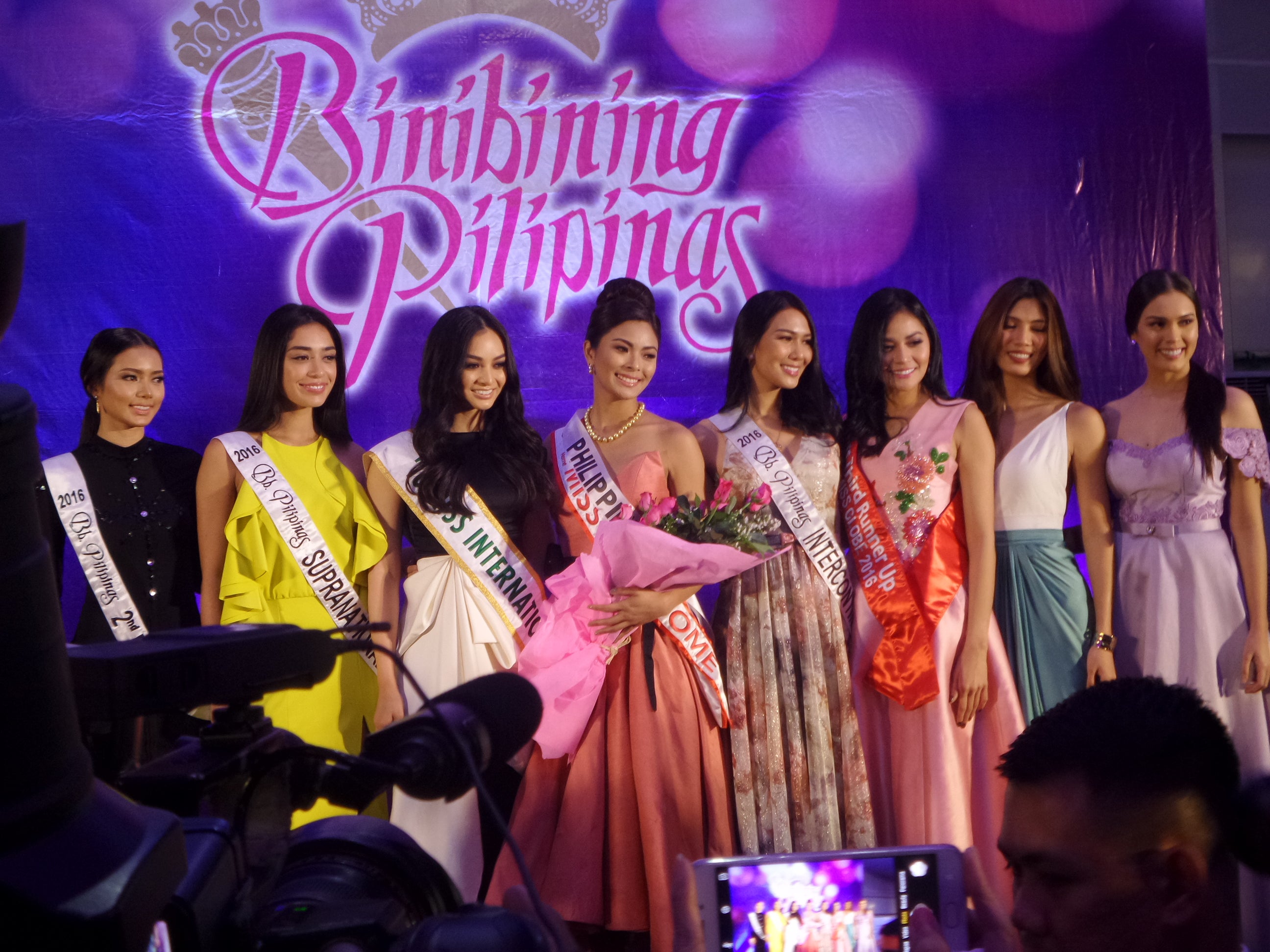 QUEZON CITY, Philippines—It’s back-to-back and nothing else for 2016 Miss Universe Philippines Maxine Medina.

The country’s representative to the 65th Miss Universe pageant taking place in Manila this month told well-wishers at her press conference held at the Versailles Tent of Novotel Manila in Quezon City on Tuesday afternoon said, “I’m ready, I worked hard to make Filipinos proud. It will be a back-to-back [victory].”

The 26-year-old model and interior designer is poised to inherit the international title of Pia Alonzo Wurtzbach, the third Filipino winner in the global tilt, whose victory came more than 40 years since the triumph of Margarita Moran in Greece in 1973.

After receiving heaps of criticisms since winning her national crown in April last year, Medina immediately buckled down to training to work on what she confessed as her “problem areas.”

“I would like to thank my trainers at Dale Carnegie and John Robert Powers for helping boost my confidence, and honing my communication skills,” Medina said.

Her 2016 Binibining Pilipinas sisters also shared words of encouragement, and expressed confidence that Medina will not fail her countrymen.

“I am proud to call myself a friend of hers,” 2016 Miss International Kylie Verzosa told the Inquirer in an interview on the sidelines of the press conference. “She is ready!”

For 2016 Miss Grand International first runner up Nicole Cordoves, Maxine is “the perfect representative of the Philippines” to this edition of the Miss Universe pageant.

Medina, a pageant novice whose first foray in beauty contests was last year’s Binibining Pilipinas competition, has been modeling for eight years now under the Professional Models Association of the Philippines.

She is also the niece of former Binibining Pilipinas-Universe Gem Padilla, who ranked 12th in the preliminary competition of the 1990 Miss Universe pageant. TVJ