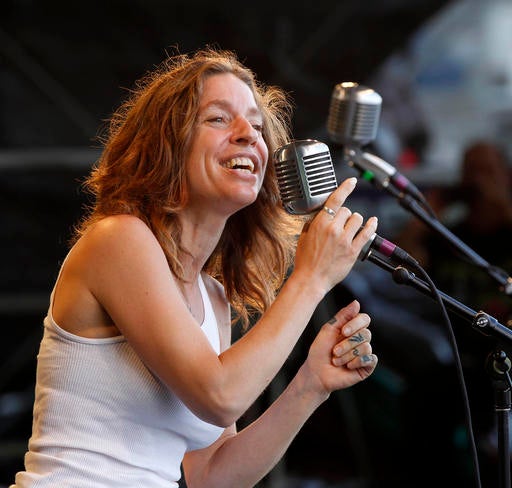 In this May 6, 2012 file photo, Ani DiFranco performs with the Preservation Hall Jazz Band at the New Orleans Jazz and Heritage Festival in New Orleans. AP

NEW YORK — Ani DiFranco has a book deal, and a whole lot to write about.

The million-selling musician and longtime activist has signed with Viking for a memoir that will reflect upon her “eventful and radical life.”

DiFranco left home at age 15, started her own record label three years later and released her first album at 20.

Now 46, she has released more than 20 albums and has advocated for numerous feminist causes.

Viking told The Associated Press on Tuesday that the book is untitled and does not yet have a release date.

DiFranco plans a careful approach. In a statement issued through Viking, she likened writing to chipping away at a “huge slab of timeless stone” and waiting for a shape to emerge. TVJ